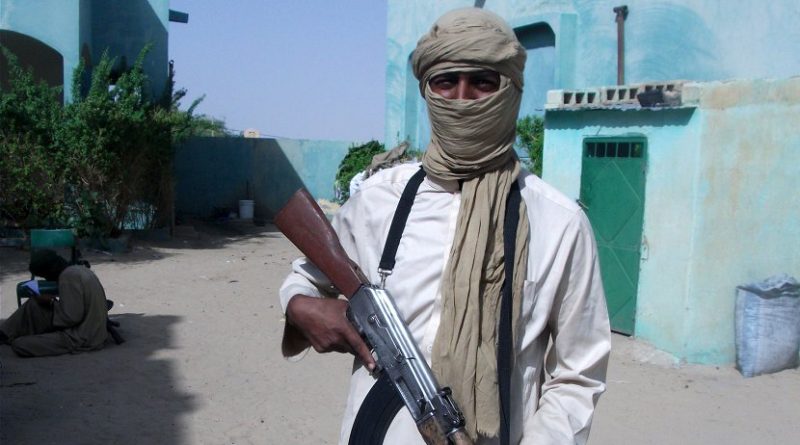 A Continent on the Rise

Africa is a complex continent, and one that is deserving of greater analysis and threat assessments. Consisting of 54 countries, Africa continues to grapple with the lingering aftermath of sudden decolonization: a lack of infrastructure and artificial borders that distort historical ethnic and tribal lands and boundaries. As government corruption, resource mismanagement, and the significance of tribal loyalty remain rampant, these conditions contribute to the strengthening and longevity of coordinated violence and terrorism against government and soft targets, such as civilian populations, hospitals, churches, schools, and markets.

The lack of education, healthcare, employment, and socioeconomic opportunities are four main factors that grow the attraction of terrorism in Sub-Sahara Africa, especially the Sub-Sahara G5 countries: Burkina Faso, Chad, Mali, Mauritania, and Niger. As great power politics return to the forefront of foreign and national security policies, the proliferation of terrorism, primarily by Al-Qaeda and Islamic State affiliate organizations, and instability in the next global epicenter of economic and population growth will engender a grim future if poverty, climate change, government corruption, and weak security networks are not resolved.

The exacerbation of terrorism in Africa is directly linked to high percentages of unemployment/underemployment, and a deteriorating or lack of transportation, healthcare, and education infrastructure. Moreover, tribal and ethnic identity occupies a higher standard of legitimacy and authority than state institutions, which is a byproduct of colonial-era borders.

As the median age for the continent of Africa is just 19.7 years, rapid population growth will cause major disruptions to economic progress and government attempts to combat malnutrition and starvation, poverty, along with deficient healthcare, electricity, and education networks. These social ails over the past 20 years have significantly contributed to the growth of terrorism along the geopolitical zone called the Sahel Line, which is the cultural identity boundary delineating Muslim North Africa from the Roman Catholic/Christian/Animist Sub-Sahara Africa. It is in this specific location that a concentrated campaign of terrorism and instability can be evaluated and assessed.

Terrorism in Africa, although directly connected to Al-Qaeda and the Islamic State, is vastly different in nature than in the Middle East and elsewhere. Unlike terrorists in Iraq, Syria, Lebanon, Palestine, Yemen, Afghanistan, Pakistan, India, and elsewhere, 70% of Sahel jihadists are hired from local communities to conduct particular operations against government targets, military facilities, and/or rival organizations. The impact of terrorism within the Sahel region of Africa has fostered an environment of immense suffering, displacement, and violence.

As of June 2020, approximately 920,000 people have been forced to flee Burkina Faso – a 92% rise over 2019 figures. Just as Burkina Faso continues to experience alarming percentages of internally displaced people from terrorism, so too does Mali, where 240,000 people are displaced (54% being women). Elsewhere, 489,000 are displaced in Niger, and 7.7 million Nigerians currently require emergency assistance.

Similar to Middle East terrorism, Sahel terrorism expands and strengthens due to pervasive instability, poor and corrupt governance, vast territory falling outside the scope of governance, and porous borders that allow for unchecked flows of weapons and personnel between countries. As the United States begins the process of focusing on China in great power politics, a decrease in US forces performing counter-terrorism operations in the region portends a serious security dilemma for failing and weak states, elevating West Africa to become the next safe haven for jihadist radicalization, recruitment, and funding in global and local terrorist operations.

Sahel jihadism is connected to sectarianism on the local level, which divides countries and provides opportunities for the implementation of radical Sharia law. As West Africa is significantly blessed with natural resources – yet possesses little to none of the infrastructure needed to convert these resources into economic growth – terrorist organizations compete to assert dominance over and occupy resource deposits as a means to fund operations and secure the loyalty of local communities.

The influx of terrorism across the G5 Sahel countries is largely due to coordination between the Al-Qaeda affiliate Jama’at Nasr al-Islam wal Muslimin (JNIM) and the Islamic State in the Greater Sahara (ISGS). In 2015, ISGS was formed after senior commander of Al-Mourabitoun, Abu Walid al-Sahrawi, pledged his allegiance to Abu Bakr al-Baghdadi and the Islamic State of Iraq and Syria. JNIM was formed in 2017 after the merger of Al-Qaeda groups AQIM Sahara Emirate, al-Mourabitoun, Ansar Dine, and Katiba Macina.

The complexity of directly combatting terrorism in Sub-Sahara West Africa is represented in the dichotomy between the operations of ISGS and JNIM. ISGS heavily depends on the usage of motorbikes and preemptive communication sabotage prior to targeting military targets and facilities. Although limited in their firepower, utilizing motorbikes allows for ISGS to demonstrate swift adaptability toward shock-and-awe tactics. On the other hand, JNIM has portrayed itself to be more methodical, long-term and covert in its operations.

JNIM becomes integrated into local communities to further understand and exploit local grievances. By becoming integrated into illicit trading and the black market, JNIM uses its war chest to help local communities fund hospitals, communal land usage, and even cellphones. The money also goes into providing physical security against government security forces, rival jihadist groups, and neighboring gangs. There are instances of JNIM marrying into local communities while providing vehicles, money, ammunition, and weapons; moreover, JNIM jihadists cooperate and negotiate with marabouts, who are local religious leaders, to ensure their interpretation of Sharia is implemented within communities in exchange for protection, money, and other resources.

The common initiative between ISGS and JNIM is to maximize exploitation of criminal activity and illicit trading in order to enhance inter-ethnic violence while seizing large swaths of territory, with the ultimate goal of establishing an Islamic state.

The nuance of operations conducted by Sahel jihadists such as JNIM and ISGS makes it exceptionally more difficult to stem the expansion of terrorism across the region, which has contributed to approximately 1.7 million people fleeing their homes. For the G5 Sahel countries to properly manage the fight against terrorism, the peripheral areas of these countries must be prioritized not solely by security forces but also economic development and political reforms.

Terrorism within the region is primarily funded by stolen livestock from Burkina Faso, Mali, and Niger, which are then sold below market prices in Benin, Côte d’Ivoire, and Ghana. The money accumulated from illicit trading is used to acquire more weaponry, fuel, food, and motorbikes, which are much preferred due to ample supply and easy mobility across the Sahel terrain.

The source of these motorbikes tends to be Nigeria and Togo while explosive material needed for improvised explosive devices (IEDs) come from Ghana before being smuggled into Burkina Faso. Overall, the workings of the black market is indicative of Sahel countries’ lack of a proper security capacity and necessary technology to protect borders and monitor cross-border trade and transactions.

Sahel terrorism cannot be addressed on an individual country basis; rather, it has to be a regional initiative, supported by a combination of foreign and continental assistance. The alliance between Sahel jihadists and criminal organizations, compounded by climate change which is fueling chronic poverty and violent land disputes, makes terrorism an attractive employment opportunity, which in turn contributes to the spread of violence across the region’s ill-defined and porous borders.

A significant difficulty for efficient economic growth and infrastructure development stems from the Sahel G5 countries spending between 15-30% of their respective GDP on defense. Although the European Union has contributed 238 million euros toward armored vehicles, improvised explosive device (IED) protection materials, and communication equipment, the socioeconomic factors fueling the growth of Sahel jihadism remain ignored and unattended as political corruption not only provokes ethnic and tribal tensions but also constructs a bureaucratic gridlock that thwarts crucial reforms.

With large percentages of gross domestic product allocated to defense, other industries are neglected due to a lack of investments and constant disruptions from instability. As these countries are cursed with a plethora of natural resources, such as gold and diamonds, all of which are exploited by local warlords and jihadists and smuggled into global markets, it becomes exceptionally more difficult for the state to combat local militancy and negotiate favorable amnesty and development programs.

Yet the Sahel G5 countries, and Africa as a whole, should remain optimistic and continue to seek out innovative initiatives and economic reforms to address the deep-rooted socioeconomic issues that sustain terrorism. In 2019, the Economic Community of Western Sahara African States (ECOWAS) announced an agreement to implement a 2020-2024 plan to directly combat terrorism in the region.

As part of the plan, it was projected that it will cost $2.3 billion to effectively win the fight against terrorism. This $2.3 billion would be utilized to acquire military equipment, training, and intelligence-sharing capabilities to address the lack of border security and jihadist supply chains. It has to be understood that terrorists seek to exploit the lack of roads, health facilities, education institutions, and basic socioeconomic opportunities and services that are vital for the production of an integrated, prosperous society.

On the continental level, a viable solution to address the socioeconomic contributions to terrorism is the African Continental Free Trade Area (AfCTA), which is seeking to bring all 55 members of the African Union (AU) into a single market of 1.2 billion people and a combined GDP of $3.4 trillion. As of this moment, 47, including the G5 Sahel countries, out of 55 AU members have signed the proper legal documents.

If the AfCTA is accepted by all 55 countries, Africa would become the world’s largest free trade zone since the formation of the World Trade Organization in 1995. Some of the major benefits include increasing intra-Africa trade 52.3% by eliminating import duties as well as creating avenues toward an African Customs Union.

In the larger geopolitical assessment, ongoing terrorism and the possibility of the AfCTA does not bode well for the United States nor the European Union, as Turkey, Russia, and China have increased their footprints in Sub-Sahara Africa. Between 2006-2016, Sub-Saharan African trade to the US decreased by 66% and the EU by 5% while increasing to Russia 168%, Turkey 61%, and China 53%. At the same time, the United States increased imports by 7%, the EU by 22%, China by 233%, Turkey by 192%, and Russia by 142%.

Via trade and increased integration into the global economy, Sub-Sahara Africa has the potential to address its socioeconomic disparities which contribute to the growth and consistency of terrorism. With new economic policies and government reform, relationships between the government and local tribes and leaders can be reconstructed to diminish the influences of Sahel jihadism.

Combatting terrorism is a holistic operation that demands the participation of all echelons of society, and the mobilization of all available resources. As the globally-recognized borders of African countries do not reflect the true realities of historical ethnic and tribal lands prior to colonialism, African governments must increase cooperation and coordination as a means to address social disparities and instabilities, including border security and infrastructure.

No one African country can do it alone and as global development begins to shift to Africa, with its rising population growth and nascent markets, internal stability and human rights advocacy must be enhanced.

Home » An African Powder Keg: Terrorism In The Sahel – Analysis