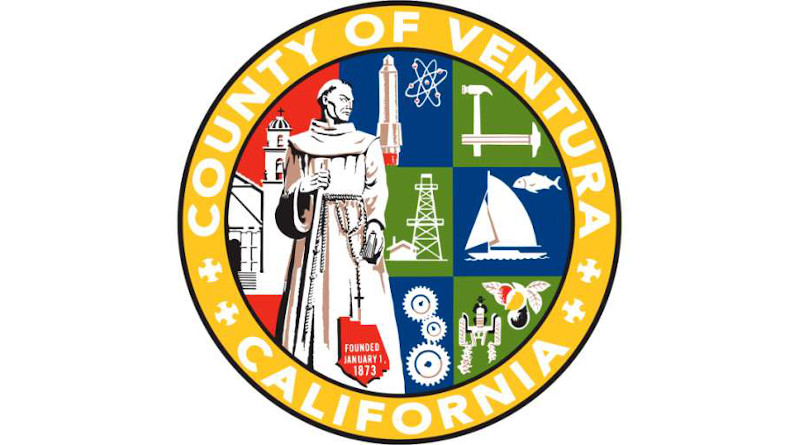 The seal of Ventura County, California.

A proposal to remove St. Junipero Serra from Ventura County’s official seal is unwarranted, and elected officials need to know Serra’s true story, according to the priest who heads the final mission the sainted Spanish missionary founded in California.

“Should the County of Ventura redesign its emblem, some representation of Junipero Serra is critical to the history of the county and its economic prosperity that we all enjoy today,” Fr. Tom Elewaut, pastor of the Old Mission Basilica of San Buenaventura, told CNA July 21.

“Historic fact supports the good Serra brought to the indigenous people of Alta California, his spiritual children,” he said, stating that indigenous Californians suffered the most after the mission period had ended. “Do your homework, read the historical facts, and learn who really abused the indigenous peoples. Not Serra himself and not the intent of the Mission Era.”

Elewaut is the 30th successor of St. Junipero Serra at the San Buenaventura mission. When Pope Francis canonized Serra during his 2015 U.S. visit, making Serra the first Hispanic saint to minister in the continental U.S., the mission held a major celebration.

“The letters and actions of Serra evidence his love and care of the indigenous persons. Academics of indigenous descent uphold this,” said Elewaut, who referred to the work of Dr. Ruben Mendoza, an archaeologist and professor at California State University Monterrey Bay.

Serra was often at odds with Spanish colonial authorities over their mistreatment of native Californians, and these indigenous people showed an outpouring of grief at his death in 1784.

Despite Serra’s record of defending the rights of indigenous peoples, statues of the 18th century Spanish-born saint have become focal points for protests and demonstrations across California in recent weeks, with images of the saint being torn down or vandalized.

The Ventura County seal’s left side is dominated by an image of Serra, with a mission church in the background. The right side of the seal shows various industries of Ventura County.

But Ventura County CEO Mike Powers, who oversees county operations, announced a planned redesign of the seal at a June 23 meeting of the Ventura County Board of Supervisors.

“Throughout the state and locally there has been a lot of discussion about removal of images and monuments of Father Serra due to the treatment of Native Americans,” he said. “Similarly, our county seal here does include an image of Father Serra.”

The county seal, adopted in 1964, is present on city buildings, vehicles and other locations.

Referring to actions of the City Council of Ventura, which unanimously voted to remove two statues of the saint from city hall grounds, Powers said “it is a good time to begin that dialogue with your board.”

The Ventura County Star on July 20 quoted four of the five elected officials on the county’s Board of Supervisors, none of whom defended the presence of Serra on the seal.

“Where would the County of Ventura be today without Junipero Serra? The establishment of the missions and presidios—and the subsequent expansion of colonial settlements—created new and dynamic relations and communities within and between colonists and native people across California,” Elewaut told CNA.

“Fruits, vegetables, wineries, flora, and fauna that we cherish today are due to the Mission era initially established by St. Junipero Serra in Alta California.”

The priest welcomed support from county residents and those outside the county “to pray and to speak in defense of St. Serra,” he said.

“It is important that all who do so with respect and courtesy and keep focused on this topic and not inject other agenda, no matter how worthwhile they may be. Lack of respect for County and City officials in communication nets no good,” he told CNA.

“As Catholics and Christians and all people of faith, we need to honor the dignity of everyone while speaking our thoughts.”

Elewaut said the local Catholic community, including many young adults, is “unified in the effort to save the good name and evangelical ministry of St. Junipero Serra. The priest has received comments from people “ appalled that Serra is being wrongfully portrayed.” Local Catholics have responded to the spate of anti-Serra behavior with prayerful support and recitations of the Rosary.

Supervisor Linda Parks, however, backed removing the Catholic saint’s image “because it is well understood that it was an oppressive time when the Spaniards came and abused Native Americans,” she said.

“I know that Father Serra is certainly objectionable to many people,” said Parks, who was also critical of “obsolete” images on the seal referring to atomic energy and oil drilling.

“I don’t think of them when I think of Ventura County,” she said. “The whole thing is from a bygone era and needs to be updated to better represent Ventura County.”

Parks preferred “the beauty of our countryside and the farm hills and the ocean and the pier,” or images of the California condor, The Ventura County Star reports.

Another board member, Supervisor John Zaragoza, said he has not yet taken a position on Serra’s image on the seal. For him, the redesign is a possible “re-marketing.”

“I know that Father Serra is on the seal, but I have not really paid too much attention to it yet to tell you the truth,” said Zaragoza.

Supervisor Kelly Long said she would “entertain” the decision to remove Serra if the county’s Diversity and Inclusion Task Force, “feels that it’s an important step.”

“It’s appropriate to have a community process to redesign the logo to recognize the new sensitivity that the majority of our society is feeling towards respecting our diversity,” said Long.

County spokeswoman Ashley Bautista said the redesign could incorporate community opinion. She said the Diversity and Inclusion Task Force, which has some 22 members, would provide an update on the planned redesign of the seal at the July 21 Board of Supervisors meeting. However, the seal was not listed on the board agenda for that day.

Some members of the Chumash people are among the objectors to Serra. In conversation with these critics, Elewaut reached an agreement to move the statue of Serra from the grounds of Ventura City Hall. He did this, he said, “in part to seek reconciliation among the descendants of the Chumash First Peoples and to a greater degree to keep the statue from being destroyed.

At the same time, the priest said indigenous people are not uniformly critical of Serra.

“Not all the opinions among the Chumash people in the greater Ventura and Santa Barbara Counties have been voiced,” Elewaut said. “There is substantial evidence that among the Chumash St. Junipero Serra is revered and respected for his contributions to our county. Their voices have not been heard or respected. Their voices should have equal weight and import.”

Some indigenous Americans, both in Ventura and Santa Barbara, are “appalled by the character assignation of St. Junipero Serra,” he said,

“Their family ancestry has equal weight to the family calling for the removal of the Serra statue in Ventura,” he said.

Pope Francis recently granted basilica status to Mission San Buenaventura, at the heart of Ventura, Calif. The designation is granted to churches around the world in recognition of their special pastoral and liturgical significance in Catholic life, and their closeness to the pope.

It is the 88th U.S. church to receive the title, and the first in the Archdiocese of Los Angeles.

The San Buenaventura Mission was founded by St. Serra on Easter Sunday 1782, the final mission founded by the saint. The mission remains an active parish of the Archdiocese of Los Angeles, serving approximately 1,400 families.

Junipero Serra’s missions played a critical role in the spread of Christianity. Many of Serra’s missions form the cores of what are today the state’s largest cities— including San Diego, San Francisco, and Los Angeles.