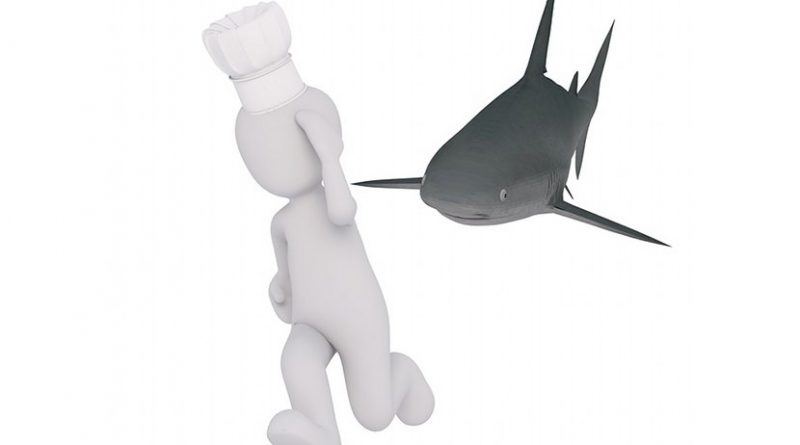 The swelling tide of new money in Asia has resulted in some serious conservation concerns. Rapid economic growth in countries like China and Vietnam has equipped millions who were previously excluded from enjoying luxury goods with unprecedented buying power. As a result, the thirst for items associated with status and mythical healing powers, such as rhino horn, shark fin soup and even tiger penis, has exploded. Unfortunately, this has decimated the global populations of many species, threatening endangerment and even extinction.

A Marine Policy report from last year estimated that the demand for shark fin soup in China, facilitated by a massive shark fishing industry in countries like Indonesia, was largely responsible for some 100 million shark deaths per year. In response to what can only be seen as an emergency situation or “ecocide”, various efforts have been made to combat the wantonly destructive practice of shark finning. This is an industry in which sharks are caught and their dorsal fin is sliced off before they are unceremoniously dumped back in the water to die. Because the fins are what fetch the real money, despite being nearly absent of nutrition, the market makes it more profitable for this shockingly wasteful and cruel method as opposed to fishing for actual shark meat.

The trade in shark fins, a symbol of wealth in China and other parts of Asia, has led to the decline in some shark populations by up to 98% in the last 15 years. An estimated 100 million sharks are killed each year with up to 73 million used for their fins.

What has been done to fight the war against shark finning?

Though it may be a bit late for some shark species to recover and some populations continue to be decimated, it seems that the tide may be turning.

Demand for shark fin soup—a goopy broth that can easily cost over $100 a bowl and is believed by some to have medicinal properties—is falling in the world’s largest market, according to a new report by the animal advocacy group WildAid. Merchants in the southern Chinese province of Guangzhou, restaurants in Beijing, and traders in Indonesia, one of Asia’s largest shark fin exporters, say sales have fallen as much as 82%.

A WildAid report claims that overall sales of shark fin have dropped by 50-70% and while traders may bemoan this decline, it spells nothing but good news for sharks, the planet, and anyone who cares about biodiversity and conservation.

However, in a classic example of wilfully missing the point, some US seafood restaurants have been promoting shark meat and serving it in special “Shark Week” menus that correspond to the Discovery Channel’s annual television theme. The purpose of Shark Week is to spread awareness of sharks, including their threatened status. Unfortunately, some unscrupulous people become inspired by Shark Week to taste the rare delicacy of shark meat. And therein lies the flaw of appealing to people to buy ethically as opposed to the outright banning of a destructive product.

Home » Are We Winning The War Against Shark Fin Soup?