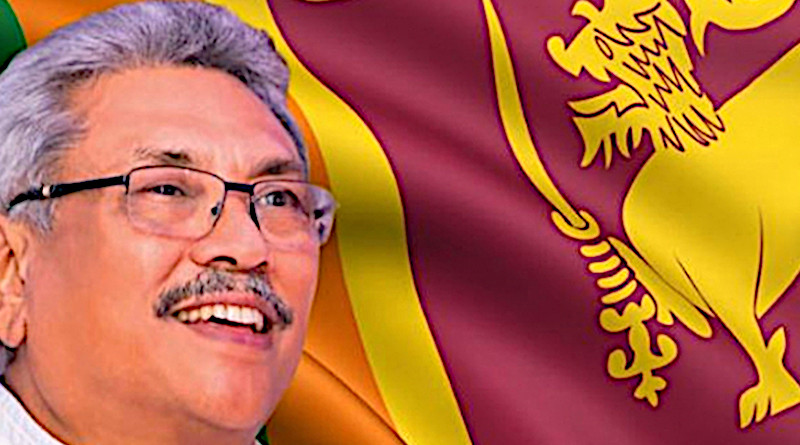 While the Sri Lanka Podujana Peramuna (Sri Lanka Freedom Front or SLPP) led by Mahinda Rajapaksa was expected to win the country’s 16th parliamentary election on 5 August, few envisaged that the party would approach a supermajority. Yet by capturing 145 seats in the 225-member parliament, the SLPP and its allies now enjoy a two-thirds majority.

The impressive victory followed last November’s presidential election that Mahinda’s younger brother Gotabaya Rajapaksa won. The Rajapaksas are consummate Sinhalese Buddhist nationalists who allegedly sanctioned war crimes during Sri Lanka’s civil war. But most Sinhalese give them credit for defeating the separatist Liberation Tigers of Tamil Eelam (LTTE). They therefore supported both Gotabaya Rajapaksa and the SLPP, which garnered 59 per cent of the vote.

Many Sinhalese and most minorities disapproved of Mahinda Rajapaksa’s authoritarian practices and voted to deny him a third presidential term in January 2015. They elected Maithripala Sirisena, a fellow member of the Sri Lanka Freedom Party (SLFP). The national unity government — the SLFP under President Sirisena, formed with the United National Party (UNP) — sidelined Mahinda and his family, prompting Rajapaksa supporters to organise the SLPP in November 2016.

By then Sirisena and UNP Prime Minister Ranil Wickremesinghe were at loggerheads and the national unity government was mired in corruption scandals. This was the backdrop for the SLPP scoring a landslide in the 2018 local council elections. Gotabaya Rajapaksa’s victory followed the next year. Now this parliamentary landslide.

Four prominent events across the past five years contributed to the spectacular Rajapaksa comeback and SLPP dominance. The first was a bond scandal that took place a month after the national unity government formed. High-level UNP officials were responsible for this fraud. It helped distract people from the severe corruption under the Rajapaksas and defined the Sirisena–Wickremesinghe government.

The second was the 2019 Easter Sunday bombings that killed 267 people. The intelligence failures associated with the attacks highlighted the dysfunction of the Sirisena–Wickremesinghe government and allowed Gotabaya Rajapaksa to frame a campaign around national security and technocratic governance.

The third was the split within the UNP, which together with the SLFP had dominated the island’s politics since independence. Thousands of disillusioned UNP supporters appear to have avoided voting or spoiled their ballots (given that 4.58 per cent of votes were rejected, compared to 0.85 per cent in the November presidential election), and the UNP won just one seat and 2 per cent of the vote.

The fourth event that contributed to the SLPP’s win was the successful way the government handled COVID-19. While official figures understate the number infected or dead, Sri Lankans still appreciate how the island’s health services and military have combined to contain the virus. The claim by some nationalists that Gotabaya who defeated separatist terrorists was best suited to defeat COVID-19 resonated with voters.

Minorities too appreciate how the government has tackled COVID-19, yet they mainly voted for their respective ethnic parties and against the SLPP, just as they did against Gotabaya Rajapaksa during the presidential election. The exception was Sinhalese Catholics, who soured on the UNP over the Easter Sunday bombings. In short, Gotabaya won because the vast majority of Sinhalese Buddhists voted for him. The SLPP now enjoys a supermajority because these voters supported its candidates while turnout for minorities and UNP was low. The overall outcome is an indisputable Rajapaksa reign — a reign that will be rooted in Sinhalese Buddhist nationalism.

This bodes ill for northeast Tamils, whose political, economic and cultural activities are likely to be restricted further. A recent political rally being menacingly interrupted by black clad motorcyclists hardly reassures Tamils. Maaveerar Naal (Great Heroes’ Day), an LTTE-related event that Tamils use to remember those who died from the civil war, could once more be disallowed starting this year. The 13th Amendment to the Constitution, whereby provincial councils enabled a modicum of devolved government, could also get jettisoned or redrafted in ways that vitiate Tamil rights.

Anti-Muslim politicking will likely see an uptick as well. Prominent Buddhist monks and their supporters began systematically targeting Muslims around 2012. They attacked Muslim neighbourhoods, businesses and mosques with impunity. When COVID-19 hit, certain officials pointed to some Muslims with the virus and blamed the community for its spread. The government also forced Muslims to cremate suspected COVID-19 deaths, despite the practice being against Islamic belief. Leading up to the parliamentary elections, certain monks promised to stop Buddhists from shopping at Muslims stores, ban the burqa, eliminate madrasas and forcibly reform laws governing Muslim education and marriage. Muslims are right to fear that the government and its supporters may use anti-Muslim propaganda to mask the economic problems made worse by COVID-19.

The new constitution proposed by the Rajapaksas is also bound to disregard minorities’ legitimate grievances. It will further codify and consolidate majoritarianism in various ways. The process has already begun. For instance, a presidential task force for the Eastern Province was set up before the parliamentary elections. It appears ready to create Buddhist heritage areas around sacred Hindu and Muslim sites. The ultimate goal is to change the demographics of both Northern and Eastern provinces so that all nine comprise Sinhalese Buddhist majorities.

The island remains militarised — the security forces have not been demobilised since the war. Since Gotabaya Rajapaksa became president, the armed forces are once again playing leading roles in civilian affairs. Many serving and retired military personnel now superintend government offices that were hitherto under civilians. The army commander heads the COVID-19 task force. Others look set to join the diplomatic corps. The military is now more influential in civilian affairs than ever before.

Militarisation furthers the majoritarian project since the armed forces will ensure minorities remain docile. The previous government sought to minimise the military’s presence in the northeast. Under President Gotabaya Rajapaksa, however, the military re-erected checkpoints and stationed security personnel around some houses of worship, especially in the Northern Province. The government once more monitored civil society activities, pressured journalists to self-censor and threatened human rights lawyers. The question is just how far the Rajapaksas will take their majoritarian project.

*About the author: Neil DeVotta is Professor of Politics and International Affairs at Wake Forest University, North Carolina.