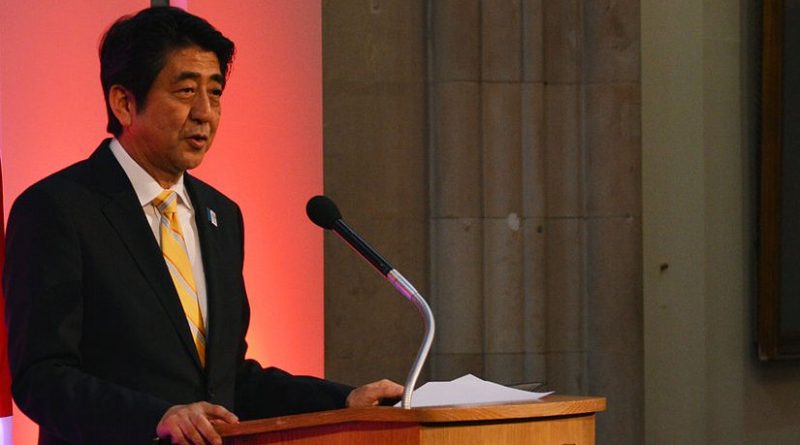 Prime Minister Abe’s statement on the 70th anniversary of the end of World War II (WWII) has been criticised as insincere. However, this view holds Japan to an almost impossibly high standard of repentance that can never be fulfilled. Political dynamics within China mean Beijing has an active interest in never accepting Japanese apologies.

Prime Minister Shinzo Abe’s speech on Japan and its role in World War II was eagerly anticipated. Given his past as a nationalist conservative, there were fears that Abe would seek to revise the general tone of the Murayama speech of 1995, which was more forthcoming in admitting to Japanese imperial aggression in the past. In the end, it appeared that common sense prevailed.

Abe mentioned Japan’s “aggression” and expressed Japan’s “repentance”, “deep remorse” and “heartfelt apology for its actions during the war”. This speech demonstrated that Abe himself had recognised—regardless of his personal views on history—that “historical revisionism” which sought to whitewash Japanese wrongdoing in the past would not enjoy any international support. Abe wisely decided not to sacrifice Japan’s diplomatic interests on his ideological altar.

Yet, many of Japan’s critics in China remain dissatisfied. Chinese commentators have doubted Abe’s sincerity. Some were unhappy with the perfunctory nature of Abe’s depiction of the process by which Japan came to launch its aggressive war in the 1930s.

Another point of concern was Abe’s statement that “[i]n Japan, the postwar generations now exceed eighty per cent of its population. We must not let our children, grandchildren, and even further generations to come, who have nothing to do with that war, be predestined to apologise”.

One important point to make clear from the outset is that the decision to forgive is the prerogative of the victims alone. It would be inappropriate for Japan to tell victim states that it was time to “move on”, and ultimately Japan should continue to express its remorse until the victim states accept its apology. Nevertheless, there is good reason to believe that no matter what Tokyo does, Beijing will never be “satisfied”, and Japan’s exasperation towards China is partially understandable.

First, China seems to hold Japan to almost impossibly high standards of “apologising”. States are actually very bad “apologisers”, for a number of reasons. For a start, it is very hard for states to “apologise,” because they are corporate actors. Just because a state’s leaders fall short of acknowledging past wrongdoing, this does not necessarily mean that there exists a collective failure of its citizens to come to terms with the future. Given that state leaders come and go, it is possible that the degree to which each leader acknowledges the past will vary.

However, this does not axiomatically mean that one leader’s failure to apologise denotes a collective lack of guilt. In fact, the proportion of Japanese citizens who acknowledge Japan’s war as a war of aggression has grown, particularly since the 1980s. An NHK poll conducted on the eve of Abe’s speech indicated that 42% of Japanese thought that some form of apology should be included. Only 15% were opposed. A Yomiuri poll conducted in October 2005 also indicated that 68% of Japanese citizens believed that Japan was the aggressor in the 1931-45 Sino-Japanese war. Such figures can hardly come from a state unrepentant about its past.

In the case of Japan, however, there seems to be a simplistic tendency among many critics to fault Japanese society as a whole whenever a prominent politician makes a gaffe that upsets Chinese sensibilities. Japanese politicians are hardly ever elected on a “history ticket”, but more on the basis of their policies on the economy and social welfare, just like any other democracies. Critics also fail to differentiate between a small number of irresponsible Japanese politicians and the majority of Japanese citizens, and often come to an almost knee-jerk conclusion that Japan “has taken a turn for the right” or “refuses to acknowledge its wrongdoing”.

Chinese critics—often with the encouragement of their European counterparts—also like to use Germany as a shining example of the state that has made the “model apology”, and often chide Japan for not doing likewise. While there are certainly some lessons to be learnt, we need to be mindful of that Germany is a special case, and holding Japan to the same standard is unrealistic. The Holocaust has captured the public’s imagination as one of the most chilling cases of genocide and an unprecedented failure of human morality. The German state has thus come under exceptional international pressure to overcome its exceptional crimes. Japanese war crimes have—rightly or wrongly—not been framed in the same way.

Given this context, it is Germany that is unique, and Japan should not be seen a state that is unusually incapable of coming to terms with its past. Japan is probably on par with other countries that have an equally embarrassing record of imperialist aggression. Japan could do more, but it would be unrealistic to expect it to change overnight to become “more like Germany”.

Domestic politics of the victim states

Domestic politics provide an additional reason to suspect that no apology from Japan is ever going to be enough for the PRC. First, the “history card” has proved to be a useful bargaining chip to exert political leverage on Japan in the past. It would be naïve to expect Beijing to suddenly give this up by “forgiving” Japan.

In a typical way of using the “history card”, the PRC has cynically linked the recent dispute over the Senkaku/Diaoyu Islands with Japan’s “incorrect view” of history, even though the dispute has more to do with competing interpretations of the laws on territoriality. This means that no amount of apologies would suffice unless Japan decides to relinquish its claims to the islands.

Neither has the Chinese government offered any concrete proposals as to what Japan could do to facilitate reconciliation, despite frequently chiding Tokyo to show “sincerity”. Beijing has effectively moved the goalpost for providing a “satisfactory apology”, and it probably will continue to do so whenever it suits its political interests.

Reconciliation is ultimately a two-way process. While Chinese critics of Japan’s “failure to face history squarely” have reasons to be disappointed, they need to appreciate that the Chinese side has also allowed the “history issue” to fester, and their sometimes impractical benchmark for an “apology” practically means that no Japanese apologies are ever going to be enough. This only exacerbates “apology fatigue” within Japan. Unless Beijing makes an effort to accept Tokyo’s apologies and endorse it as a reformed state, disputes over history will continue to bedevil Sino-Japanese relations.

*Shogo Suzuki is Senior Lecturer of Politics at the University of Manchester. This is the second in a series commemorating the 70th anniversary of the conclusion of WWII, contributed specially to RSIS Commentary.

Home » Will Japan’s Apologies Ever Be Enough? – OpEd