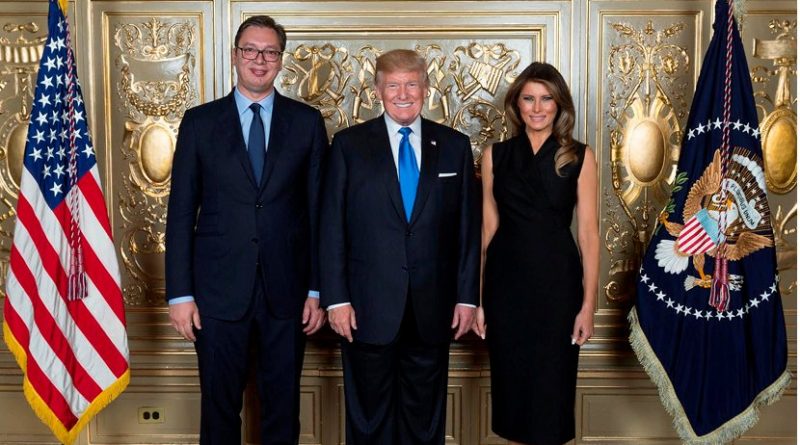 Serbian President claims Donald Trump will visit Belgrade in 2018, after Trump reportedly told Aleksandar Vucic that he thought such a visit would be ‘a good idea’.

Serbian President Aleksandar Vucic claims US President Donald Trump has accepted an invitation to Belgrade, after Trump reportedly told him a visit would be “a good idea”.

“If and when Trump will come – I am sure he will, but when – depends on his agenda and other things,” Vucic told the Serbian media.

Vucic was attending a reception on Wednesday that the US President and his wife Melania organized for world leaders who had gathered in New York for the UN General Assembly.

The Serbian President boasted that he shook Trump’s hand “four times”, and said that the US President’s visit was most likely to happen in 2018.

“When I gave the invitation … I spoke about the feelings that citizens of Serbia have for him, how they would welcome him, as well as the fact that his visit would show how much Serbians want this friendship,” Vucic told the press.

He added that Trump had told him he looked “like an NBA player” and asked him if he ever played basketball, to which Vucic answered that he was “too short and weak” and had tried to play in the past “without success”.

“I had a little more time than other guests to spend in his company, thanks to the chat we started, maybe also because I’m from the same region as his wife,” Vucic said, referring to Melania’s home country of Slovenia.

Following the script sheet of the previous day, the non sequitur, pop medical view of the prosecution was again in