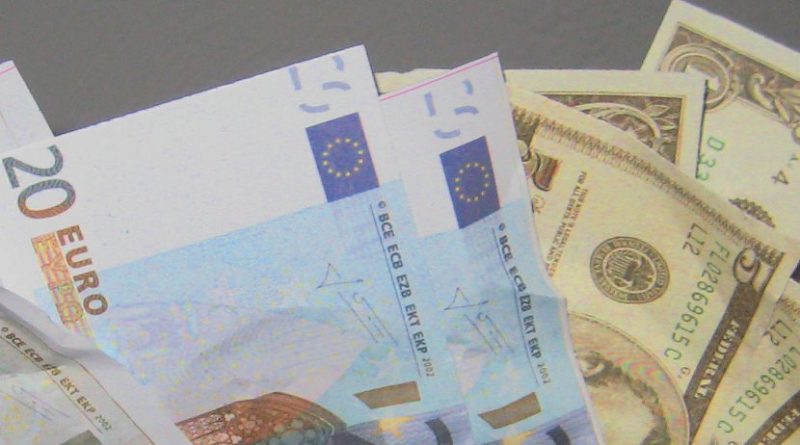 Some commentators consider fractional reserve banking as a major vehicle for the expansion in the money supply growth rate. What is the nature of this vehicle?

Fractional reserve banking arises because banks legally are permitted to use money placed with them in demand deposits. Banks treat this type of money as if it was loaned to them. However, is this really the case?

Now let’s assume that Bank One takes $50 out of John’s demand deposit without getting any consent from John in this regard and lends this to Mike. By lending Mike $50, the bank creates a deposit for $50 that Mike can now use.

Remember that John still has an unlimited claim against the $100 while Mike has now a claim against $50. What we have here that the Bank One has generated an extra spendable power to the tune of $50. We can also say that Bank One has $150 deposits that are Bank’s One liabilities, which are supported by $100 cash, which are Bank One’s reserves. Note that the reserves comprise 66.7% of Bank’s One deposit liabilities. This example indicates that Bank One is practicing fractional reserve banking.

Although the law allows for this type of practice, from an economic point of view, this results in money out of “thin air” which leads to consumption that is not supported by production, (i.e., to the dilution of the pool of real wealth).

It is usual to reckon the acceptance of a deposit which can be drawn upon at any time by means of notes or checks as a type of credit transaction and juristically this view is, of course, justified; but economically, the case is not one of a credit transaction. … A depositor of a sum of money who acquires in exchange for it a claim convertible into money at any time which will perform exactly the same service for him as the sum it refers to, has exchanged no present good for a future good. The claim that he has acquired by his deposit is also a present good for him. The depositing of money in no way means that he has renounced immediate disposal over the utility that it commands.1

In this sense, a demand deposit, while legally designated as credit, is actually a present good — a warehouse claim to a present good that is similar to a bailment transaction, in which the warehouse pledges to redeem the ticket at any time on demand.2

Why a Free Unhampered Market Would Limit Fractional-Reserve Banking

In a truly free market economy, the likelihood that banks will practice fractional-reserve banking will tend to be significantly lower than in a system with a central bank.

In an unhampered market, if a particular bank tries to practice fractional-reserve banking it runs the risk of not being able to honor its checks.

For instance, if Bank One lends out $50 to Mike out of $ 100 deposited by John, it runs the risk of going bankrupt. Let us say that both John and Mike have decided to exercise their claims. Let us also assume that John buys $100 worth of goods from Tom while Mike buys goods for $50 from Jack. Both John and Mike pay for the goods with checks against their deposits with Bank One.

Now Tom and Jack deposit their received checks with their bank — Bank B, which is a competitor of Bank One. Bank B in turn presents these checks to Bank One and demands cash in return. However, Bank One has only $ 100 in cash — it is short $50. Consequently, Bank One is running the risk of going bankrupt unless it can quickly mobilize the cash by selling some of its assets or by borrowing.

The fact that banks must clear their checks will be a sufficient deterrent in many cases to the practice of fractional-reserve banking in a free market economy. The practice will not be prevented in its entirety, but market competition will work to localize and limit its effects.

Fractional Reserve Banking in the Presence of a Central Bank

The presence of a central bank removes the free market deterrent from banks to generate money out of thin air. By injecting monetary reserves to the banking system, the central bank can dictate the increase in money supply via the fractional reserve banking.

According to the popular way of thinking, if the Fed injects $1 billion into the economy and banks have to hold only 10% in reserves against their deposits, this will cause the first bank to lend 90% of this $1 billion. The $900 million in turn will end up with the second bank, which will lend 90% of the $ 900 million. The $810 million will end up with a third bank, which in turn will lend out 90% of $ 810 million and so on.

Consequently, the initial injection of $1 billion will become $10 billion (i.e., the money supply will expand by a multiple of 10).

Observe that banks respond to the initial injection of $1 billion by the Fed, which coupled with the legal reserve requirements of 10%, sets in motion the monetary expansion of $ 10 billion. In this framework, banks are responding to the injection of reserves by the central bank.

However, does all this make much sense given that the central banks in the world today do not target money supply but rather set targets for the overnight interest rate like the federal funds rate in the United States? Surely then the entire multiplier model must be suspect.

Indeed economists from the post-Keynesian school of economics (PK) have expressed doubt about the validity of the popular framework. In the present monetary framework, it is held the job of the central bank is to ensure that the level of cash in the money market is in tune with the interest rate target.

For instance, if on a particular day the government intake of cash exceeds outlays, this leads to a deficiency of cash in the money market on that day. To prevent a scramble for cash in the money market and a subsequent increase in the overnight interest rate, the central bank must inject an appropriate amount of cash in order to keep the interest rate at the target. Note that the central bank here is performing a balancing act, or so it is held.

The PK school of thought maintains that, central banks do not actively pursue monetary pumping to influence various economic data in the economy; the central bank is just aiming at keeping the money market well balanced. (The exception to this is 2008 when the Fed aggressively pumped money to the economy to counter the economy sliding into a depression – the belief held by the then Federal Reserve Chairman Ben Bernanke).

The supply of loans, in this way of thinking, is never independent of demand — banks supply loans only because someone is willing to borrow. To conclude, then, according to this way of thinking, the driving force of bank-credit expansion — and thus money-supply expansion — is the increase in the demand for loans and not the central bank as the money multiplier model presents.

Superficially, it does make sense to conclude that central bank policies are of a passive nature and central banks just aim at keeping the money market in balance. In reality, central banks are far from being passive. In fact, without central banks being active it would be impossible for banks to expand lending. Here is why.

Let us say that for whatever reason banks are experiencing an increase in demand for loans. Also, let us assume that the supply of loanable funds is unchanged. According to PK, bank loans will increase. The demand-deposit accounts of the new borrowers will now also increase. Obviously, the new deposits are likely to be employed in various transactions. After some time elapses, banks will be required to clear their checks and this is where problems might occur. Some banks will find that to clear checks they are forced either to sell assets or to borrow the money from other banks (remember the pool of loanable funds remains unchanged).

Obviously, all this will put an upward pressure on money-market interest rates and in turn on the entire interest-rate structure. To prevent the rise in the overnight interest rate above the interest-rate target, the central bank will be forced to pump money. Therefore, the conceptual outcome as depicted by the multiplier model remains intact here. The only difference is that banks initiate the lending process, which is then accommodated by the central bank.

If the expansion of credit out of thin air requires the support of the central bank then one can infer that, in a free market without the central bank, the likelihood of such an expansion emerging is not very high.

Again, if a particular bank tries to expand credit without the backup from a genuine lender — i.e., practicing fractional-reserve banking — it runs the risk of not being able to honor its checks, which raises the risk of bankruptcy.

In a free market then, without the central bank, the fact that banks must clear their checks is likely to be a sufficient deterrent to the practice of fractional-reserve banking.

This must be contrasted with lending of genuine money, which can never physically disappear unless it is physically destroyed. Thus when John lends his $50 via Bank One to Mike the $ 50 is transferred to Mike from John. On the day of the maturity of the loan Mike transfers to Bank One $50 plus interest. The bank in turn transfers the $50 plus interest adjusted for bank fees to John — no money has disappeared.

If however, Bank One practices fractional-reserve banking and lends the $ 50 to Mike out of “thin air,” then on the day of maturity when Mike repays the $50 the money goes back to the bank — the original creator of this empty money, i.e., money disappears from the economy, or it vanishes.

US Designation May Be First Step Toward Houthis’ Delegitimization – Analysis