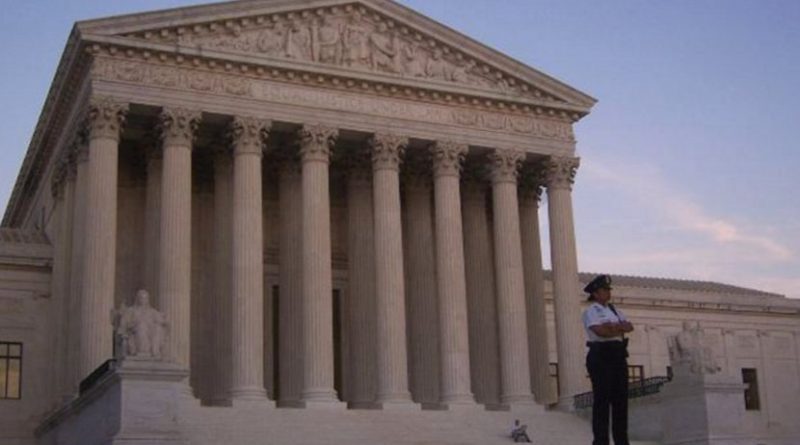 U.S. President Donald Trump said Monday he has narrowed his list of possible Supreme Court nominees down to five people and expects to announce his choice to replace the late Justice Ruth Bader Ginsburg by Friday or Saturday.

Trump has said he will name a woman and identified three of his choices as Amy Coney Barrett, Barbara Lagoa and Allison Jones Rushing, three conservatives he appointed to federal appellate court judgeships in recent years. He declined to name the other two possible choices in a wide-ranging interview on the court vacancy and other issues on the Fox & Friends show.

“The bottom line is we won the election, we have an obligation to do what’s right and act as quickly as possible,” Trump said, dismissing the contention by his Democratic challenger in the November 3 election, former Vice President Joe Biden, that the winner ought to make the court selection after being inaugurated for a new White House term in January.

Trump said the Senate should vote to confirm his nominee before the election, now six weeks away. That is a reversal from the position he took four years ago, when a Supreme Court seat became vacant in the final year of former President Barack Obama’s second term. “I think the next president should make the pick,” he said in 2016.

But on Monday, he said there was “zero chance” that Democrats wouldn’t try to fill a Supreme Court vacancy if they controlled both the presidency and the Senate as Republicans currently do.

Trump said he would make the announcement after services later this week for Ginsburg, the 87-year-old liberal icon who died last Friday after a lengthy battle with cancer.

“I think it will be on Friday or Saturday and we want to pay respect, it looks like we will have services on Thursday or Friday, as I understand it, and I think we should, with all due respect for Justice Ginsburg, wait for services to be over,” the president said.

Trump’s Supreme Court pick of another conservative, his third after already winning Senate confirmation of Neil Gorsuch and Brett Kavanaugh, would tip the current 5-4 conservative edge on the country’s top court to 6-3.

The new choice, which conservative political figures are applauding, and liberals fearing, could affect decisions on legalized abortion in the U.S., immigration, health care, voting rights, gun ownership restrictions, religious liberty and an array of other issues for more than a generation.

Trump cited the relative youth of his three identified choices — Barrett is 48 and Lagoa is 52 — and said any of them could serve on the court for decades.

“You’d like to go young because they’ll be there a long time,” he said.

Referring to Rushing, Trump sarcastically said, “One of the people were talking about is 38 and could be there 50 years. The Democrats would be thrilled about that.”

“They are all very smart,” he said of his possible choices. “They are all very qualified. It could be any one of them.” He said their appellate rulings “abide by the Constitution” and that they personally adhere to “very high moral values.”

Trump’s anticipated court selection has already touched off a rancorous political debate in Washington over whether the nomination should be considered before the election rather than effectively let the American electorate have a say by deciding the presidential election and then leaving the winner, either Biden or Trump, to make the choice at the start of a new four-year term.

In 2016, Republicans refused to allow consideration of Obama’s final Supreme Court nominee, Merrick Garland, following the death of Justice Antonin Scalia in February of that year. They argued that high court vacancies should be left unfilled during an election year so the American people can weigh in on the choice.

Then-candidate Trump also said the nomination should wait until a new president was sworn in.

“I think the next president should make the pick, and I think they shouldn’t go forward, and I believe I’m pretty much in line with what the Republicans are saying,” he told CNN in March of 2016.

Trump said Monday that the difference is that Obama, a Democrat, did not have a Democratic-controlled Senate to consider his choice of Garland.

“If you have the Senate, you can do what you want,” Trump said.

“No wonder Americans have so little faith in government and in this Senate, led by the Republican majority,” he said on the Senate floor Monday.

Republican Senate Majority Leader Mitch McConnell defended his positions in both 2016 and 2020, saying the difference is that in 2016, different parties were controlling the Senate and White House, whereas now, the same party controls both. He said historical precedent has been on his side in both cases.

Republican Sen. Lindsey Graham, who chairs the Judiciary Committee, said Monday that voters chose Republicans to lead the Senate in the 2018 elections, in part because they committed to supporting Trump’s Supreme Court nominees.

“We should honor that mandate,” he said, speaking from the Senate floor.

Republicans have a 53-47 majority in the Senate, but two Republicans, Susan Collins of Maine and Lisa Murkowski of Alaska, said over the weekend they would oppose voting on Trump’s eventual nominee before the election.

Trump criticized both lawmakers, claiming they were “very badly hurt” politically by their statements.

If two more Republicans say no to a pre-election vote, consideration of the nominee would be scuttled until at least the post-election lame duck session of Congress. If one more Republican objects, Vice President Mike Pence would break the 50-50 deadlock in the Senate in favor of considering Trump’s nominee.

Trump told reporters Monday on the South Lawn of the White House that it would be “very bad” for Republicans to go against holding a Senate confirmation vote, saying their voters would not want that.

Sen. Joe Manchin, the only Democrat who voted to confirm Trump’s last Supreme Court nominee, Kavanaugh, said Monday he would side with members of his own party in calling for the next Supreme Court confirmation not to take place until after the election.