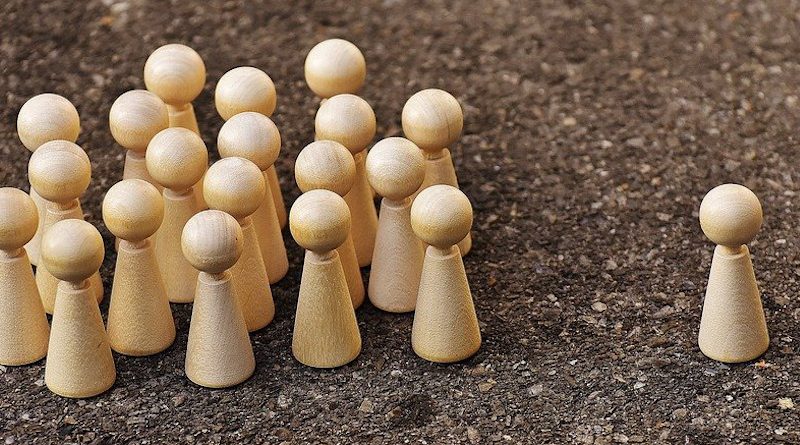 One thing you realize with time is that the dogmatism of the “secular-democratic” is not fundamentally different from that of the religious or the political. Although it would be idealistic to expect the complete shedding of dogma it is important that one meets the other halfway in any encounter.

I am not in a position to judge the intentions of the history and geography teacher in France who thought it was necessary to show cartoons of the Prophet of Islam to the class while talking about freedom of speech. I think the point could very well have been made without graphic illustrations already mired in controversy. The young understand what freedom of speech means when explained in words. What they usually don’t understand is that it is not absolute, but relative, like every other freedom.

In countries that profess democracy, saying and doing whatever you like is at times confused with being responsible and thoughtful in articulating one’s views. But, if, as the news reports suggest, the teacher asked the Muslim students to “leave the room” if they might be offended, I think that it is discriminatory and violates their right to be treated as equals in a classroom. How do you expect students of one group to simply go out and pretend that what is happening in the classroom has nothing to do with them!

Obviously the teacher persisted in subscribing to a notion of democracy which sounds good in principle but has little to do with how people feel. What the teacher did not realize is that you cannot impose “freedom of speech” from above and still believe that it is freedom in any meaningful sense of the term; no, it is not. In fact, it is just insensitivity or plain indifference to the feelings of others. Also, once it is imposed, the “freedom” becomes what JS Mill refers to through the use of the well-known phrase, a “tyranny of the majority.” Mill further notes:

“A general State education is a mere contrivance for moulding people to be exactly like one another: and as the mould in which it casts them is that which pleases the predominant power in the government, whether this be a monarch, a priesthood, an aristocracy, or the majority of the existing generation; in proportion as it is efficient and successful, it establishes a despotism over the mind, leading by natural tendency to one over the body.”

A teacher, school, institution or a country that believes in one notion of freedom of speech or democracy is anything but democratic in practice. Democracy and homogeneity don’t go together either in principle or in practice. Such a view of democracy is meant to discourage diversity and is more about “moulding people to be exactly like one another.” Since a real democracy is where people are not forced to be “democratic” in a way that suits the majority but rather are given the opportunity to fulfill their destinies on their own terms without interference or provocation from a dominant individual or group, one can logically deduce that the French teacher was being dogmatic and not accommodative.

The halfway meeting points are important: the teachers should be sensitized about certain things that people take seriously because it gives the latter what RD Laing calls a feeling of “ontological security.” Laing defines it thus:

“The individual, then, may experience his own being as real, alive, whole; as differentiated from the rest of the world in ordinary circumstances so clearly that his identity and autonomy are never in question; as a continuum in time; as having an inner consistency, substantiality, genuineness, and worth; as spatially coextensive with the body; and, usually, as having begun in or around birth and liable to extinction with death. He thus has a firm core of ontological security.”

If the life and teachings of the Prophet Mohammed offer such a feeling of “inner consistency, substantiality, genuineness, and worth” to believing Muslims, I see no reason why it should be taken away from any person merely to promote a “private” and narrow view of “freedom of speech.” I am opposed to this kind of politics of provocation that is pursued for no good reason. It is really not democracy or secularism; it is sectarian thinking masquerading as free thought.

I wish that the teacher took time to introspect a little bit before he decided to “liberate” the classroom. But that is the case with most teachers these days; they are into the same kind of populism that we see among users of social media and results from sheer ignorance (lack of critical reading and thinking stemming from lack of honesty and empathy) of how people live in different parts of the world and what ordinary human feelings are all about. For someone trained in history and geography, the French teacher should have known that Islam is the only religion that places an obligation on its believers to be both just and charitable. At least some of that credit must be given to the charismatic Prophet who is revered by millions as the closest to an ideal human being.

Sensitization is extremely important in order to prevent democracy from becoming a tool of victimization in the hands of a majority. The teachers should be sensitized in knowing the beliefs and backgrounds of the students coming from other parts of the world. The pursuit of freedom and truth are also about learning and being able to appreciate what is good about others.

However, I have no sympathy for the boy who murdered the teacher in cold blood or anyone who thinks that this is the right response to a problem. I am disgusted by these self-styled practitioners of any religion who ruin the image of the countries of their origin by projecting themselves as dangerous reactionaries. By not critically engaging through dialogue and debate with members of the host country, they are justifying the repressive measures of a powerful state and the global propaganda that goes with it. They are strengthening the nationalists, by feeding into the already existent Islamophobia and other forms of ethnocentrism, instead of intelligently and rationally working against them. If they believe that their religion or way of life is central to their identity, why go to other parts of the globe! Just stay wherever you are and continue to practice your way of life where people more or less think like you do.

The students and parents should be sensitized in knowing that, irrespective of how strongly they feel about something, democracy means looking for non-violent ways of persuading and entering into an argument with a mainstream order or simply other people. It means that you believe in a system of law and will use legal and political means at your disposal to settle a grievance in the most humane manner possible. You cannot go around hurting and killing people for what they say and believe, even if you are convinced that their intentions or actions go against your beliefs in a serious way.

The larger point is that the teacher’s right to life is greater than his right to an incorrect understanding of freedom and that is something that cannot be violated, no matter what the provocation. The idea of a civilization, when removed of its colonial connotations, rests on moral restraint and not on giving instinct a free rein. You have to talk to your opponents and use the power of expression to challenge dogmatism, instead of trying to respond to it with brute force and aggression.

Home » Dogmatism Of The ‘Secular-Democratic’ – OpEd