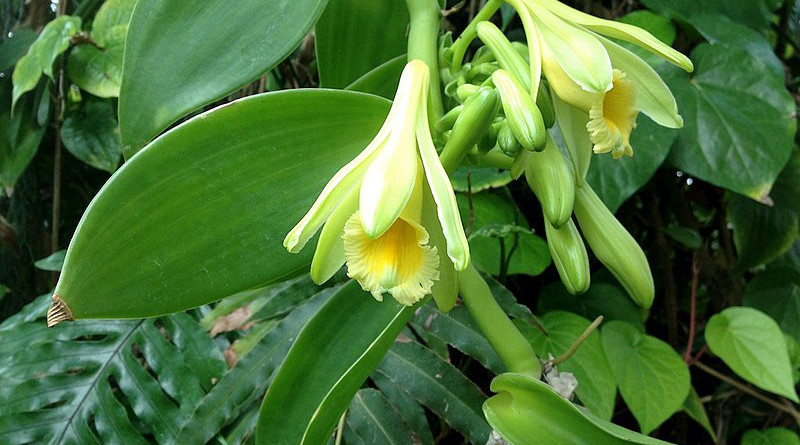 ttingen, in cooperation with colleagues from the University in Antananarivo (Madagascar), have investigated the interaction between prey and their predators in these cultivated areas. To do this, they experimentally released dummy prey in order to determine the activity of the natural enemies. The result: more prey were attacked as the proportion of trees increased. This pest control is advantageous for agricultural cultivation. The results of the study have been published in the Journal of Applied Ecology.

Vanilla is the most important crop in northwest Madagascar and is sometimes grown together with shade-providing trees in agroforestry systems. The researchers distributed standardised plasticine models of caterpillars in various habitats such as forests, fallow land, vanilla plantations and rice fields. By analysing the bite marks, they were able to analyse the predator attention on these dummy “plant-eaters”, i.e. how many predators attacked the prey.

The team showed that the predator attention was highest both in the rainforest and in forest fragments, but decreased the fewer trees there were in the area. Even when comparing the landscapes, less dense forest areas had lost a large proportion of their predators. Ants and grasshoppers also played a much greater role as predators than birds or other vertebrates, although the community in the forest differed markedly from the community on cultivated areas. This was also the case in vanilla plantations established directly under the canopies of natural forests.

Dominik Schwab, who produced these results as part of his master’s thesis, emphasises: “If rich vegetation with numerous trees is encouraged or restored in the vanilla plantations, it can contribute to nature conservation outside the forests and also promote much better pest control.”

Co-author and PhD student Annemarie Wurz adds: “Such measures would not reduce the yield, as studies in coffee and cacao agroforestry showed.” Professor Teja Tscharntke, head of Agroecology at the University of Göttingen and co-author of the study, says: “The study does not only focus on diversity, but also on an important ecological function of the species involved. In doing so, it supports the United Nations’ line, which calls for a decade of ecosystem restoration from 2021 to 2030.”