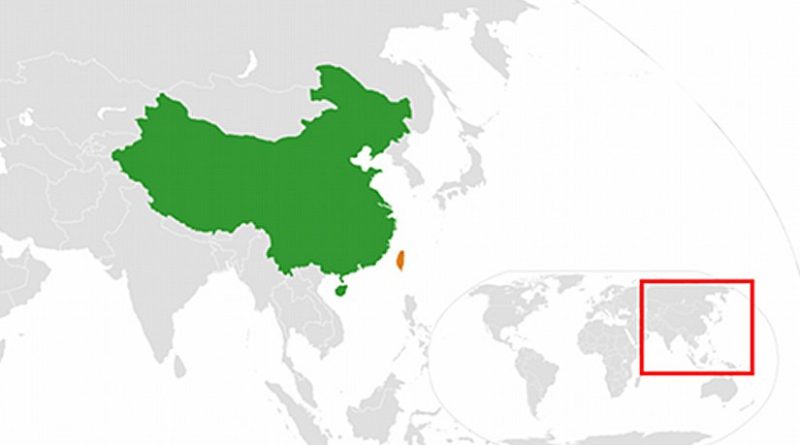 On Saturday, November 7, 2015, in Singapore, two sitting presidents of China and Taiwan met face-to-face for the first time since 1949. Though the meeting was held behind closed doors, Chinese President Xi Jinping and Taiwanese President Ma Ying-jeou did not sign any agreements. T

he Chinese view the meeting as a historic milestone, while some Taiwanese worry that it could damage Taiwan’s democracy. The Chinese government seeks to reunify Taiwan with China, yet most of those living in Taiwan wish to remain separate from China.

The People’s Republic of China (mainland China or just “China”) and the Republic of China (“Taiwan”) separated in 1949 following the Communists’ victory in the Chinese Civil War. Chiang Kai-shek’s Kuomintang (KMT) nationalists formed their own government in Taiwan after Mao Zedong’s communists took power in Beijing.

In 1971, Taiwan lost its seat at the UN to China; and in 1979, the US and China established diplomatic relations, with the former still committing to defend Taiwan. In 2005, Nationalist Chairman Lien Chan, then leader of Taiwan’s opposition, met Chinese President Hu Jintao in Beijing. In 1993, the first direct talks between the two sides took place in Singapore. In 2005, Beijing ratified a law that made secession by Taiwan illegal, at the risk of military action. Since Ma’s election in Taiwan in 2008, relations between the two have improved.

Chinese-Taiwanese relations are at their most peaceful and stable since 1949. Over the past seven years, the two sides have signed a total of 23 agreements, exchanged over 40,000 students across the Strait of Taiwan, and enjoyed an annual traffic of over 8 million tourists as well as an annual bilateral trade volume of over 170 billion USD. China is Taiwan’s largest trade partner; numerous Taiwanese companies have factories in China, Chinese banks operate in Taiwan, and hundreds of flights travel between the two nations each week.

This meeting was seen by many as the turning of a “historic page” as it has upgraded cross-Strait relations to their highest level in history. Many argue that it will benefit future Chinese generations and function to contribute to regional peace. Nonetheless, if we look at the reported content of the meeting, we can say that nothing new was really addressed. As Justin Ong reported on channel News Asia, President Ma raised five points for the advancement of cross-strait ties: The 1992 Consensus will be the foundation of cross-strait relations; animosity should be lowered across the strait; cross-strait dialogue should be expanded and work towards win-win conclusions should be pursued; a cross-strait hotline for emergent issues involving both parties should be created; the two parties should work together to build both Chinese sides for future generations.

Here, all of the above points constitute a consolidated version of the “1992 consensus” – the agreement under which both sides recognize the principle of “one China” but define it in their own ways. In this way, expectations of the emergence of a consensus on “Two Chinas” or “one China – one Taiwan” still seem farfetched from the perspectives of both Beijing and Taibei.

China’s position – everything under the “1992 Consensus”

Xi said the two parties across the Strait should prove to the world with concrete moves that the Chinese on both sides have the capabilities and wisdom to solve their own problems. “There is a new look and feel to China’s diplomacy,” Xinhua, Beijing’s official news agency, claimed on Friday, “Never before have China’s leaders been so keen to reach out to the world beyond their borders.”

China still considers the island of Taiwan to be a breakaway province, and it has warned that a formal declaration of independence by the Taiwanese could lead to military intervention. Nonetheless, Xi Jinping seems to be committed to solving the issue of reunification before it is too late. In this vein, Xi expressed a “firm and unwavering stance” on reunification under the idea of “one country, two systems” during a meeting with pro-unification delegates in Beijing.

Chinese leaders have been very cautious with regard to the meeting with Taiwanese leaders, often voicing concerns that such a move could grant legal legitimacy to the Taiwanese government. Nevertheless, in Ma Ying-jeou’s eight years in office, China and Taiwan have also reached a series of trade agreements while also increasing the scope and scale of cross-strait trade and tourism.

While the meeting has been seen as a milestone in Chinese-Taiwanese relations, neither agreements nor joint statements were signed as Ma’s term will probably come to an end early next year. It seems that the Taiwanese public endorses good relations with China as nobody wants to have a war, but they are not voicing support for any type of political integration. The Taiwanese are very proud of their democracy and want to keep it. Over the past year, Taiwan’s Democratic Progressive Party (DPP) Presidential Candidate Tsai Ing-wen has held on to a strong lead in the polls. If she wins the election in January next year, she is expected to take a much tougher stance against China.

Ma has previously maintained a clear stance that economic relations with China should be developed but not at the expense of sovereignty, while also rejecting Xi’s idea of reunification as “unacceptable”. Today, less than 10% of people in Taiwan support the idea of immediate or eventual reunification. Moreover, the results of a June survey by National Chengchi University show that the perceived differences may run deeper within Taiwanese society at large. Here, 60% of respondents self-identified as Taiwanese, while only 3.5% self-identified as Chinese, and a clear majority of those asked support the idea of Taiwan’s political independence.

According to BBC, the meeting, as an attempt to influence Taiwan, is a calculated gamble for Xi. BBC World Service’s Asia Editor Michael Bristow claimed that the meeting may be an effort by Ma to boost the popularity of his party’s candidate before the presidential election in Taiwan in January. Here, China also has something to gain. Xi’s decision to engage in the talks reminds Taiwanese voters that China is far friendlier to a government of Ma’s KMT than one formed by the opposition, which leans towards Taiwan’s independence.

VOA also speculates that the meeting revolves around the upcoming election in Taiwan, while also criticizing the fact that it was held behind the closed doors. Moreover, VOA also points out that China’s state media did not air Ma’s speech after the meeting.

“If peaceful unification is going to happen, it is going to have to come through a democratic process whereby millions of Taiwanese choose to join China”, said Washington DC-based Researcher Kristian McGuire to CNN. When looking at the bigger picture, it can be seen that Hong Kong is regarded as a testing ground for the “one country, two systems” formula that China’s leaders originally hoped would entice Taiwan back into the fold. Considering this, Ma’s government has watched pro-democracy protests in Hong Kong closely to see whether Beijing will honor its initial promises on universal suffrage.

The Guardian reported that Tsai Ing-wen, Taiwan’s opposition DPP candidate, is widely expected to defeat Beijing’s preferred candidate, KMT Chairman Eric Chu. Nick Bisley, the executive director of La Trobe Asia, said there were concerns in Taiwan that Beijing was using the meeting to try to swing the island’s upcoming election back towards Ma’s KMT, thus marking a clear sign of Beijing’s concerns about upcoming election in Taiwan.

“Nearly all Taiwanese supported improved dialogue with China, fewer and fewer now backed the idea of reunification, which is Beijing’s ultimate goal”, said Nathan Batto, a political scientist from Taipei’s Academia Sinica. Some see the talks as part of a Chinese charm offensive in Asia, designed to reduce tensions in the region amidst an intensifying spat over Beijing’s island building campaign in the South China Sea.