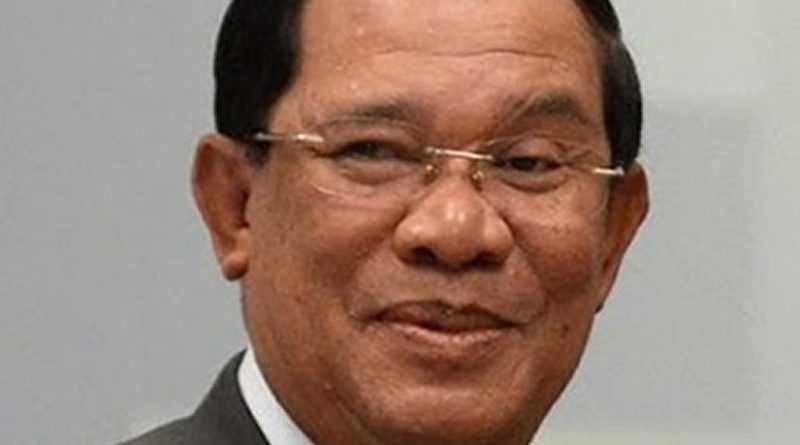 Cambodia, a country that has not been blessed with long periods of peace and political stability throughout its modern history, is rapidly sliding into authoritarian rule again. With the Supreme Court’s recent decision to dissolve the country’s only credible opposition party, the Cambodia National Rescue Party (CNRP), Cambodia’s democracy was dealt a fatal blow. The ruling is the latest success in Prime Minister Hun Sen’s aggressive push to consolidate his power and turn Cambodia into a one-party state under the Cambodian People’s Party (CPP) rule.

The saddest part is that Phnom Penh’s moves are merely symptomatic of a broader trend in ASEAN. Although the region re-emerged with strong economic growth and efforts of pan-regional community-building from the atrocities that beset its countries for the better part of a century, the specter of returning authoritarianism was always looming. For example, Thailand has seen the military capture control over all sectors of the state and society since the 2014 coup. Far from its promise to establish “genuine democracy”, the junta continues to crackdown on freedom of speech by arresting journalists and repressively enforcing lèse majesté laws to gag opposition voices. In Malaysia, backsliding was expedited by the government’s persecution of whistle-blowers in the sprawling 1MDB scandal. Human Rights Watch had already accused Kuala Lumpur of disregarding human rights and creating a culture of fear through the criminalization of free expression.

And Cambodia is no exception. Rather, experts agree that Hun Sen’s total control over the military, police and courts means that Phnom Penh is simply leading the race to the bottom. Cambodia has long existed as a “pseudo-authoritarian state”, where the government was strict but allowed greater freedoms than those in neighboring countries. But the arrest of CNRP’s leader, Kem Sokha, on questionable charges in early September signaled that all pretenses were dropped. Accused of having conspired with the US to start a coup against Hun Sen, the Cambodia Supreme Court gave Sokha time to prepare a defense to avoid his party’s disbandment. However, with Sokha facing up to 30 years in jail, and the Court firmly in Sen’s hands, it is evident that the dismantling of the CNRP was decided long ago.

The timing of the arrest was not coincidental. Cambodia will be holding general elections in 2018, and despite the fact that the arrest effectively removed Sen’s only viable competitor in the elections, the aging autocrat is not taking any chances. The same day the CNRP’s dissolution was announced, Sen urgently called for Sokha-affiliated “rebels in the city” which were allegedly aiming to instigate a “color revolution”, to be detained. The supposed conspiracy was further used as justification to close down independent TV broadcasters and newspapers. At the same time, the government aggressively positioned its own (unofficial) online media channel, Fresh News, at the frontline in the fight against opposition forces – an important step indicating a concerted move towards a more state-controlled media landscape.

However, after more than 30 years in power, the backlash against the opposition may indicate that Sen was sensing the danger of losing control over parts of Cambodian society. In recent years, CNRP had indeed developed into something of a threat. In June’s commune elections, the CNRP won 482 of the country’s 1163 communes amid evidence that the elections were unfair. Sen’s CPP still took home 70 percent of the votes, yet the CNRP’s surprisingly strong result meant that it had succeeded in breaking the CPP’s near monopolistic stranglehold on Cambodian communes.

This slip did not go unnoticed in the wider region. Just like Cambodia, China too is worried about the potential of uprisings undermining the CCP’s absolute control. Following Sokha’s arrest, Beijing defended Phnom Penh’s actions, stating that China supported the government’s efforts to safeguard “national security and stability.” The two countries furthermore agreed to launch a think tank for the research and exchange of information on preventing “color revolutions”, which both regard as spreading subversive sentiment under the false pretext of human rights and democracy.

Besides China, Vietnam has closely observed developments in its Western neighbor as well. Hanoi has been keen to stress the traditional bond between the countries and, in a quid pro quo fashion, has always defended Sen from criticism. This is not surprising considering that the Vietnamese installed Hun Sen in 1978 to run the country after ousting the Khmer Rouge regime. Keeping him in power thus constitutes a vital strategic interest, and given the CNRP’s anti-Vietnamese rhetoric, Hanoi elites were undoubtedly alarmed by their rise in the polls and the knock-on effect this may have on their own country.

Indeed, the government in Hanoi has seen itself subjected to severe international criticism as the country is following the general regional trend for autocracy. The country’s human rights record has deteriorated rapidly, with anti-government activists, particularly bloggers, being arrested in droves on charges of attempting to topple the Communist party-state.

While the party’s grip on civil society progressively tightens, other long-standing social issues remain unresolved. Rural poverty is still pervasive, especially among ethnic minorities such as the Lai Dai Dan. Numbering between 5,000 and 30,000, these children of mixed Vietnamese-Korean descent are the result of egregious sexual assaults at the hand of South Korean soldiers on Vietnamese women during the Vietnam War. The community is unrecognized by Seoul and they are socially excluded by Hanoi. Their plight is so pervasive that former British Foreign Secretary Jack Straw has called on South Korea to apologize for its treatment of the Lai Dai Han.

The events unfolding in Cambodia are only the most recent glimpse into a region that seems unable to shake off the ghosts of yesteryear. From Thailand to Vietnam, strongmen and oppressive regimes are set to leave their permanent mark on the societies over which they assert their authority. As all regimes are readily defending each other’s actions and opposition members are languishing behind bars, it seems unlikely that Southeast Asia will be able to reverse this negative trend any time soon.

*Robert Held is a financial consultant living in Geneva, Switzerland.