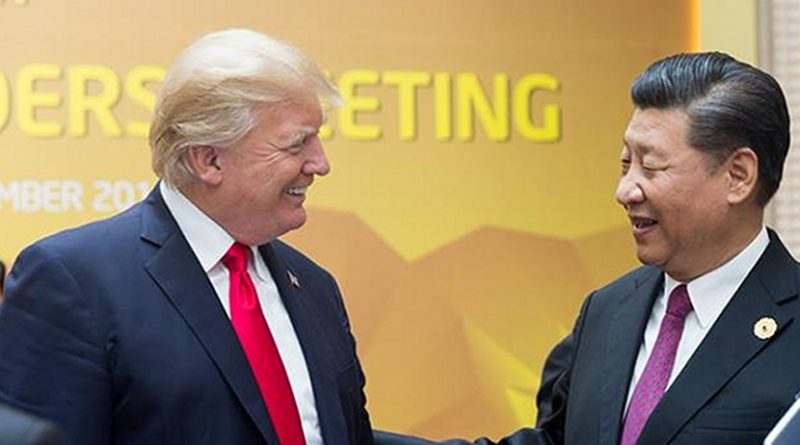 The US appears to lack a coherent strategy for the Asian region.

US President Trump has, in his narcissistic way, declared that his recent Asia tour has been a stupendous success. The excursion has many facets worth exploring. From the point of view of American business, it most certainly has been a great success. The US has announced that some $253 billion (₹16,42,982 crore) worth of trade deals were arrived at in China. There is, of course, the view that Beijing played Washington well in the process.

In fact, when you do the maths, it is apparent that the tour served to put a stamp of legitimacy on China’s status as a Pacific power. Chinese President Xi Jinping made it a point to tell Trump that “the Pacific Ocean is big enough to accommodate China and the United States”.

In the past year, since the South China Sea arbitration award and the Belt and Road Forum, we have seen a distinct incoherence in American policy and a subtle shift in the region’s approach towards Beijing. Many of them, especially ASEAN nations are adapting to China’s power; even feisty Singapore has been forced to kowtow to Beijing.

The US allies were broadly happy that Trump strongly stated American intentions of upholding its security commitments to the region. His tour took him to Japan, South Korea, Vietnam and the Philippines, besides China. He also articulated a new Indo-Pacific strategy and the US working to revive the Quadrilateral Security dialogue.

But by walking out of the trans-Pacific partnership, the Americans knocked off a key leg of their Asia-Pacific or, Indo-Pacific strategy. The President says he wants to do bilateral deals, as though little Vietnam or the Philippines would risk underrating such a negotiation with the mighty US. Smaller powers have always banded together in such agreements to protect and further their interests. So, there are no takers for the offer.

Smaller powers are therefore acting on their own to increase Asian connectivity and balance against China. The TPP countries ranging from Australia to Vietnam have begun talks to revive a variant of the organisation minus the US, which they hope the US will join once it comes to its senses. Minus Cambodia and Laos, states in Asia are concerned about the “America First” agenda, especially its withdrawal from multilateral positions on trade and climate change.

The US appears to lack a coherent strategy for the Asian region. Reaffirming military commitments, even while undermining economic ones is not a credible response to Beijing, which through its Belt and Road Initiative, is riding on its vast capital resources and working systematically to knit together a web of influence through infrastructure construction, trade and investment.

The PLA flag follows this and its manifestation is the far-flung base in Djibouti and the PLAN ships and submarines that now regularly visit the Indian Ocean. This is the reason why India needs to exercise caution while getting involved in Trump’s revived Quad and his Indo-Pacific construct.

The idea is clearly aimed at drawing India into the Pacific military equation. Among Asia-Pacific countries, only India has the potential to effectively balance China. Japan is a formidable military power, but it is locked in an existential struggle with North Korea, Australia is inconsequential as far as China is concerned and Vietnam too vulnerable, physically and economically

The one thing instantly evident about the Indo-Pacific construct is that there is a lot of Pacific in it, and little of the “Indo”. The main reason for this is that Indo-US ties have strong military content and are supervised by the US Pacific Command, whose geographical jurisdiction ends at Diego Garcia, south of Sri Lanka. The area that matters most to India — the Persian Gulf and Arabian Sea — has been excluded from any Indo-US discussion.

This, as is well known, is a vastly more important external region for India as compared to the Pacific. This also happens to be a politically volatile region. Of course, it is not simple to navigate through the complex regional politics. India, for example, has good ties with Iran, while the US sees it as an adversary.

Likewise, the US has historically had excellent ties with Islamabad, while New Delhi sees it as an enemy. These are only some of the equations that need to get untangled before we can talk about a comprehensive and joint “Indo-Pacific” strategy.

India certainly needs close ties with the US to offset growing Chinese power, especially since its own economy has yet to take off and its military remains unreconstructed and obsolete. But it needs to ensure that there be some balance in the Indo-Pacific obligations.

Given the shifting dynamics of this vast region, it is not as though the two sides have to dot every i and cross every t to begin with. But they need to recognise that for a durable and workable partnership they need to be upfront about their respective medium to long-term calculations.

This article appeared in DailyO.

Home » Trump Got It Wrong Again: Asia Tour Was No Success – Analysis