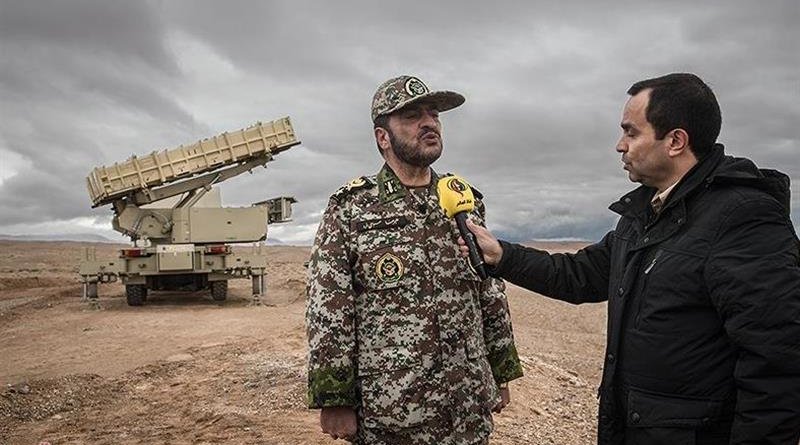 Commander of the Iranian Army’s Air Defense warned the enemies about the humiliation they would have to suffer in case of violating the country’s airspace.

Speaking to reporters on the sidelines of a massive air defense drill on Thursday, Brigadier General Alireza Sabahi Fard advised the enemies not to test Iran’s air defense capabilities, because any aerial violation will subject them to humiliation.

He also noted that the ongoing air defense drill in northern parts of Iran includes tactics to exercise the “toughest and most actual combat conditions.”

The general explained that a series of homegrown cutting-edge systems and weapons have been employed in the war game.

According to Sabahi Fard, the drill zone has been configured to simulate the situation at the Persian Gulf and the Strait of Hormuz.

“All of the equipment and systems that we use for discovering, detection and engagement (with hostile targets) over the Persian Gulf and the Strait of Hormuz are available in the (drill) theater,” he added.

The joint air defense exercise, codenamed ‘Guardians of Velayat Sky-98’, began on Thursday in an area of 416,000 square kilometers mostly in the province of Semnan.

The war game is aimed at boosting the combat preparedness and consolidate the air defense capabilities of the Armed Forces in simulated real-war conditions.