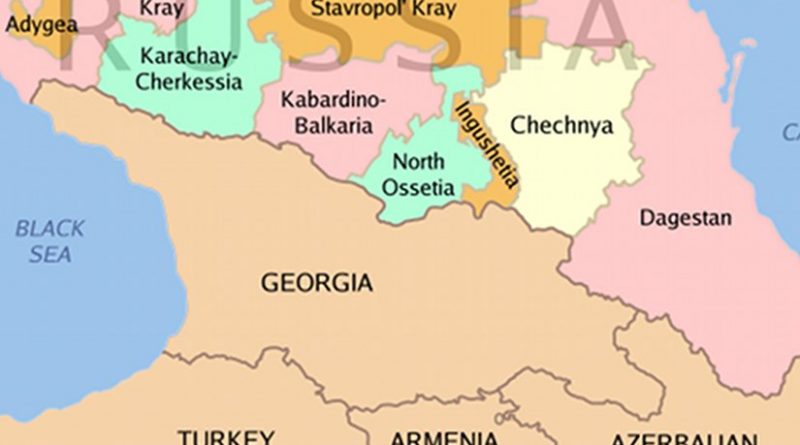 The conflict between Russia and Turkey after the shooting down of a Russian aircraft that violated Turkish airspace has led to intensified pressure on Circassians who have succeeded in returning to their ancestral homeland in the North Caucasus and reduced still further Moscow’s willingness to take in Circassians from war-torn Syria.

FSB persecution of Circassians from Turkey has intensified since the shooting down of the Russian plane, ranging from demands that Circassians give up Turkish citizenship and take part in anti-Turkish demonstrations to arrests and bureaucratic restricts prompted Circassians to hold a protest meeting at the Russian consulate general in Istanbul last Friday (kavkaz-uzel.ru/articles/274672/).

The meeting adopted a resolution which declared that “the Circassian people must not suffer as a result of the conflict between Russia and Turkey.”  In fact, one of the organizers said, Circassians are divided about who is to blame in that conflict and are trying as much as possible to stay out of the debate.

Unfortunately, Moscow and the FSB are trying to draw them in and that is generating a backlash.  But the current problems have deep roots, the organizers say.  “If Russia has helped the Circassians of Syria and take them in [when the Syrian conflict started], then the relation of the Circassian diaspora toward Russia would be completely different.”

Indeed, some of them say, had Moscow helped Syria’s Circassians out, “there would not have been any No Sochi campaign in the run up to the Olympiad. The lack of a desire by Russia to see the Circassaians and return even some historical justice toward them has given birth to a reaction in the diaspora.”

“The most comic aspect” of the Russian-Turkish crisis, one of the Circassian demonstrators said, is that “the commander in chief of the Turkish air force is an Abaza who speaks Kabardinian and his brother in the past was the leader of KAFFED,” an indication of how integrated Circassians are in Turkish security agencies.