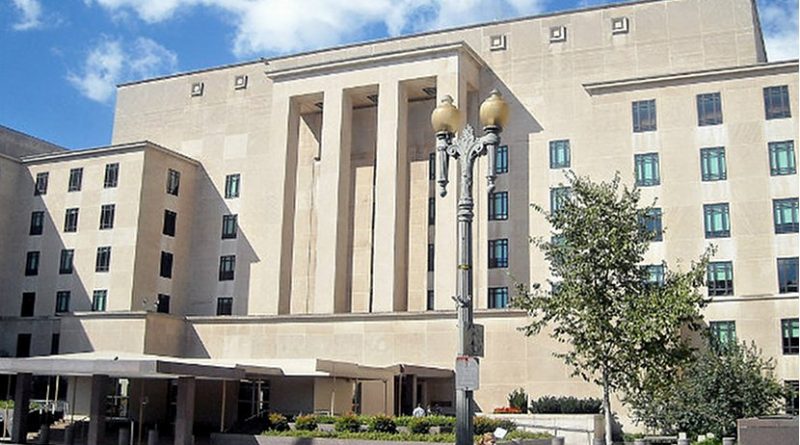 The US on Thursday listed Slobodan Tesic among a host of world figures blacklisted as human rights abusers and corrupt actors, calling him ‘one of the biggest arms dealers in the Balkans’.

Slobodan Tesic, described as “the biggest dealers of arms and munitions in the Balkans”, is among 39 individuals and entities on whom the US imposed sanctions on Thursday.

“Tesic is among the biggest dealers of arms and munitions in the Balkans; he spent nearly a decade on the United Nations (UN) Travel Ban List for violating UN sanctions against arms exports to Liberia,” the US Treasury Department said.

It is added that in order to secure arms contracts with various countries, “Tesic would directly or indirectly provide bribes and financial assistance to officials”.

The US added that Tesic also took potential clients on “high-value vacations, paid for their children’s education at western schools or universities, and used large bribes to secure contracts”.

The US press release recalled that Donald Trump’s administration had launched a new sanctions regime targeting human rights abusers and corrupt actors around the world.

Building on the Global Magnitsky Human Rights Accountability Act passed by Congress last year, it is added, that President Trump had signed an Executive Order on Thursday, declaring a national emergency with respect to serious human rights abuses and corruption around the world and providing for the imposition of sanctions on actors engaged in these malign activities.

“Tesic negotiates the sale of weapons via Charso Limited and used Grawit Limited as a mechanism to fund politicians,” the press release said, and added that in a related action, the Office for Foreign Assets Control, OFAC, had frozen the US assets of Preduzece Za Trgovinu Na Veliko I Malo Partizan Tech DOO Beograd-Savski Venac (“Partizan Tech”), Charso Limited, Grawit Limited, and Technoglobal Systems DOO Beograd.

“Today, the United States is taking a strong stand against human rights abuse and corruption globally by shutting these bad actors out of the U.S. financial system. The Treasury is freezing their assets and publicly denouncing the egregious acts they’ve committed, sending a message that there is a steep price to pay for their misdeeds,” Secretary of the Treasury Steven T. Mnuchin said.

As a result of Thursday’s actions, it is noted, all of the assets within US jurisdiction of the individuals and entities included in the Annex to the Order or designated by OFAC are blocked, and US persons are generally prohibited from engaging in transactions with them.

BIRN previously reported about Tesic’s businesses and his connection to controversial Serbian supplies of weapons to Libya.

Tesic was placed on a UN black list for more than a decade because of sanctions-busting in Liberia.

BIRN tried to contact Tesic but he was not available for an immediate reaction.