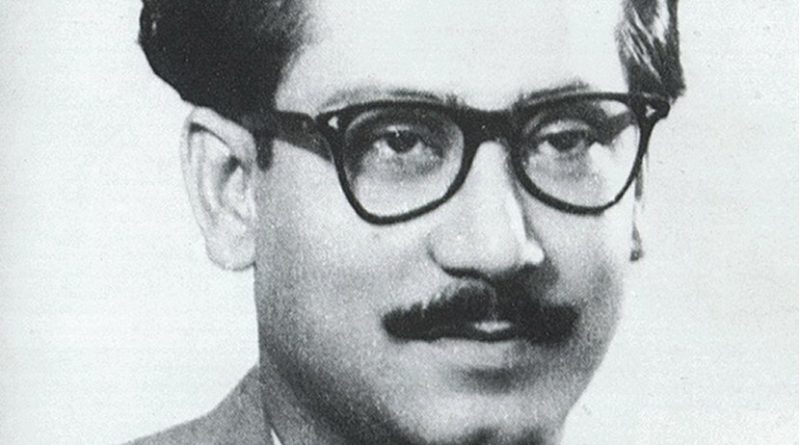 Islamists have condemned all statues and sculptural exhibits as “un-Islamic,” though their stand has been challenged by many.

Islamists in Bangladesh have latched on to a bizarre issue — of opposing the setting up of any statue of Sheikh Mujibur Rahman. They have gone to the extent of damaging and defacing his statue in Kushtia that was under construction. The vandals, who came in the dead of the night, turned out to be two local madrasa students. Both were arrested along with two of their teachers.

The agitation started when it was decided to install a statue of Mujibur Rahman in an area south of Dhaka to commemorate his centenary celebrations this year. He is revered as “Bangabandhu” (friend of Bengal) and is one of the most famous Bengalis of all time. His leadership was pivotal in the freedom struggle that led to Bangladesh’s emergence.

The Islamists have condemned all statues and sculptural exhibits as “un-Islamic,” though their stand has been challenged by many who have pointed that statues and sculptural exhibits exist in all Islamic countries, including Saudi Arabia. What has angered many in the country is this brazen act of vandalism occurred in December, celebrated as “Victory” month, commemorating the surrender of Pakistani armed forces on 16 December, ending the 1971 war.

Protests by several organisations broke out against this incident and the government is trying to work out a settlement with Islamist groups led by the Hefazet-e-Islam, an organisation that runs Qaumi Madrasas all over the country and remains beyond government regulation as it does not accept funding from it. The Hefazet is a platform for mullahs and madrasa students to promote Islamisation of Bangladesh. The government hopes to work out a compromise, but it is unclear what its contours will be. Politics, as usual, is at the bottom of this confrontation.

The Awami League has mollycoddled the Hefazet and some other Islamist outfits like the Islami Andolan and Khilafet-e-Majlis with the political objective of building up a pro-government Islamist front, as a counterweight to the Jamaat-e-Islami, the main Islamist outfit that had opposed the independence of Bangladesh. The Jamaat had joined hands with Pakistani forces in suppressing the freedom movement and inflicting untold atrocities on Bangladeshis.

The Jamaat is also the political partner of the opposition BNP; this partnership has a distinct anti-Indian, pro-Pakistan and anti-Hindu bias. The Islamists have been undertaking street protests against France’s actions against Islamists and have now found a new issue to agitate and embarrass PM Sheikh Hasina. The Islamists would be fully aware of the red lines of the Awami League government, which has not shied away from cracking down harshly on violent Islamic radicals involved in acts of violence in Bangladesh.

The Awami League’s move to prop up the so-called “moderate” Islamists triggered vehement criticism from secular forces, including from within the party, and led to dilution of its support for the so-called pro-government Islamists. The latter comprise a bunch of backward-looking clerics who oppose the secular constitution, demand the implementation of Sharia law and a ban on female education, and oppose any display of statues or sculptures that pollute the Islamic ambience. Pandering to their demands, the government relocated the statue of a Greek goddess holding the scales of justice that was in front of the Supreme Court.

The demand for banning the extremist and sectarian politics of the Islamists is growing in Bangladesh and secular organisations have taken out counter protests all over the country. Bangladesh has a tradition of “Waz Mehfils,” which are public gatherings where mullahs give fiery speeches, often peppered with diatribe against non-Muslims and women. For these mullahs, the donations at these gatherings are sources of considerable income and they indulge in hate speeches to incite people. Awami League-affiliated organisations have started a campaign of disrupting such “Waz Mehfils” as soon as the mullah starts speaking on the topic of statues and sculptures.

The pressure on Islamist leaders is mounting. Petitions in courts have led to sedition cases against them and the High Court has ordered the government to protect all statues and sculptural exhibits. The Islamist leaders have argued that their movement is not against Sheikh Mujibur Rahman or the government. They have rejected all arguments that have sought to differentiate between statues and idols. Appeasement of Islamists, for whatever objective, has emboldened them to up the ante.

Is there a hidden hand behind this agitation? It is not beyond the realm of possibility that some foreign powers are encouraging it, to put pressure on PM Sheikh Hasina to join the China-Pakistan axis that has become hyperactive against India. The PM is unlikely to take kindly to such pressures. In a recent meeting with Pakistan’s High Commissioner in Dhaka, she made it clear that the events of 1971 cannot be forgotten and its memories will remain painful forever. She was referring to the genocide and rape committed by Pakistan’s army during the independence struggle.

In Pakistan, there has been media speculation that Sheikh Hasina has broken the ice in the largely frozen bilateral ties. There is little doubt that Pakistan is working at the behest of China, to exploit Bangladesh’s unhappiness at India’s pushing through the NRC and CAA. Bangladesh has viewed them as the sword of Damocles that could lead to illegal Bangladeshi migrants in India being forced to return home. Already burdened with more than a million Rohingya refugees from Myanmar, Dhaka is apprehensive about the return of illegal Bangladeshi migrants from India, despite assurances given by New Delhi that illegal migrants rendered stateless will not be pushed into that country.

The Bangladesh PM’s move to reset ties with Pakistan is a signal to India and a classical manoeuvre at counterbalancing, a policy Bangladesh has followed deftly with respect to China and India. It is also to deflect domestic opposition that has accused her of getting too close to India. There are limits to such balancing given the geopolitical situation in South Asia and close bilateral ties between India and Bangladesh. In India, there are no illusions that her “Neighbourhood First” policy will come under stress from the China-Pakistan axis. Some neighbours will seek leverage in this contest and India will have to deal with the situation with astute diplomacy and leverage, which India has and will exercise, in defending her national interests.

This article originally appeared in The New Indian Express.