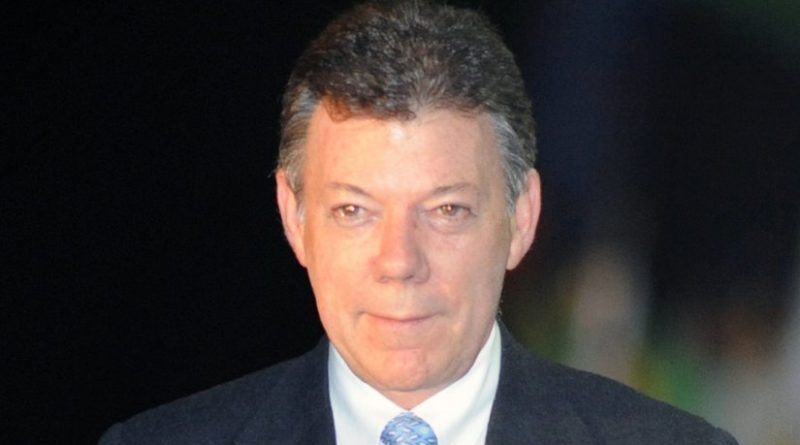 Ending Colombia’s 51-year-old civil war has taken a very long time. The first cease-fire and peace talks began in 1984, and collapsed two years later. There was another unsuccessful attempt in 1991, and yet another, involving four years of negotiations, in 1998.

But more than three years after the current round of peace talks got underway, the government of President Juan Manuel Santos and the leaders of the Revolutionary Armed Forces of Colombia (FARC) are almost there. On Tuesday, they asked the United Nations Security Council to provide a one-year unarmed mission to supervise a cease-fire and the disarmament of FARC’s forces.

It’s still a tricky process. Take, for example, the case of the “false positives.” In medical research, a false positive is a test that says a disease or condition is present when it actually isn’t. In the Colombian civil war, “false positives” were civilians killed by the army even though they were not members of FARC. There were at least 3,000 “false positives” between 2004 and 2008.

Moreover, the Colombian soldiers doing the killing knew the victims were not FARC members. When the scandal broke, several hundred of these murderers got long prison sentences — but these convictions could be overturned under the new “Special Peace Jurisdiction” that was agreed last December.

The key task now is to make it worthwhile for FARC members to disarm. The Special Peace Jurisdiction, agreed in December, will hear confessions from guerilla fighters who committed war crimes and crimes against humanity, and determine the reparations they must make to victims. But except in the most extreme cases, they will not be sent to jail.

So how can you keep the former soldiers who are serving long sentences for their own crimes in jail? It’s thorny questions like this that have made the negotiations so long and complicated, but they are finally coming to a conclusion. The negotiators in Havana (Cuba has been hosting the talks) are working to a March deadline for a final cease-fire, and it looks like they may actually make it this time.

It will be a great relief for the 48 million Colombians, most of whom have lived with this nightmare for their entire lives. Over the years 220,000 people have been killed and about 7 million driven from their homes. The proportion of the country’s people living in poverty has dropped from 48 percent in 2003 to 33 percent in 2012, but in rebel-held areas, where there have not been government services for decades, it is up around 60-65 percent.

Colombia has paid a very high price for this war. The country’s economic growth rate, although a respectable four percent annually in the past decade, would probably have been twice as high without the war. In fact, the whole thing has really been a bloody and pointless distraction from the real task of development.

When FARC, then the armed wing of the Colombian Communist Party, first took up arms in 1964, Colombia was a country desperately in need of change. Almost 40 percent of the population were peasants who did not own any land, and barely half the population was literate. But all the long FARC insurrection did was slow things down — and it didn’t slow them much.

Today only 23 percent of Colombia’s people still live on the land; the rest are in the cities. Literacy among 15 to 24-year-olds is over 98 percent. Land-ownership is still largely unreformed, but that matters a lot less than it used to. In the midst of the endless war, Colombia has become a modern society anyway, and a democratic one at that.

So it’s high time to end the war, and even FARC has recognized that. The peace deal includes amnesties for all but a few of its members and a guarantee that they will have full political rights. The government has promised that it will tackle land reform in a serious way (which will be quite expensive). And FARC has promised to end its involvement in the drug trade, which was probably its biggest source of funds.

There are all sorts of landmines hiding under this deal, like the fact that the cocaine trade (Colombia is the world’s biggest producer) may just fall into the hands of criminal gangs instead. Indeed, it probably will. But there is no doubt that the peace deal will be enormously beneficial to Colombia as a whole.

In the 1970s almost every country in Latin America had either a rural insurgency or an “urban guerrilla” movement (or both). They meant well, of course, but they didn’t do much good. In fact, they did more harm than good, but this is really the last of them. An era is ending. Good riddance.