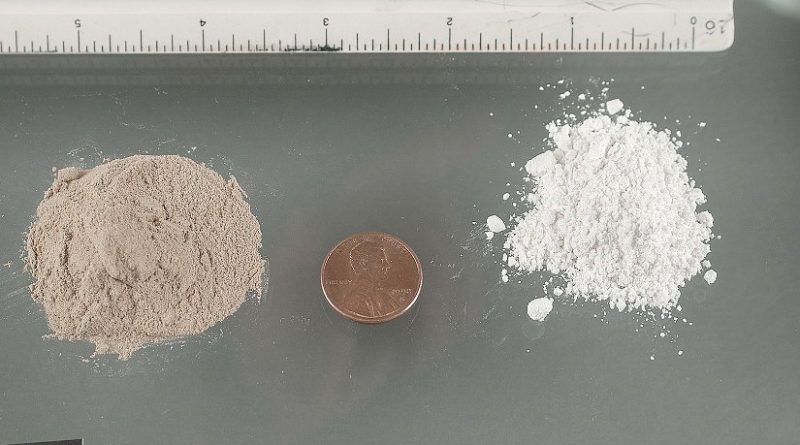 A new, peer-reviewed article in the New England Journal of Medicine contradicts the White House claim that the huge increase in heroin overdose deaths—440 percent in the past seven years—is directly related to prescription pain killers and changes in prescribing policies aimed at making them harder to obtain and abuse.

The article, authored by some of the federal government’s leading addiction researchers at the National Institute on Drug Abuse, the Food and Drug Administration, and the Centers for Disease Control and Prevention, surveys dozens of recent, peer-reviewed studies on heroin use, initiation patterns, overdose deaths, and the effects of policy changes in prescribing opioids. Ultimately, they find “there is no consistent evidence of an association between the implementation of policies related to prescription opioids and increases in the rates of heroin use or deaths.” Instead, the authors conclude that “heroin market forces, including increased accessibility, reduced price, and high purity of heroin appear to be major drivers of the recent increases in rates of heroin use.”

This conclusion, which is in line with a separate analysis done by my colleagues, challenges the White House narrative forwarded in recent years that increases in heroin use and overdoses are primarily due to the effect of prescription opioids and the regulatory changes—such as prescription monitoring programs and abuse-deterrent dosages—that have made them harder to divert and abuse, driving people to heroin instead. President Obama himself recently remarked at an October event in West Virginia that,

The NIH researchers, taking into account the study the President cites and many others, found that instead of prescription drugs being the gateway to heroin, the reality is “heroin use among people who use prescription opioids for nonmedical reasons is rare, and the transition to heroin use appears to occur at a low rate.”

The reason that some studies get results like the “four in five” figure the president cites is because the “transition from nonmedical use of prescription opioids to heroin use appears to be part of the progression of addiction in a subgroup of nonmedical users of prescription opioids.” In other words, these new heroin users often never had an Oxycontin or similar prescription in the first place and are abusing multiple drugs, including diverted prescription painkillers, before moving on to heroin—a pattern of gradual progression from less dangerous drugs to heroin that has long existed among new heroin initiates. It is well understood that, as a rule, people who use heroin do not start out with heroin as their first foray into illicit drug use.

The findings of this report are important, and come at a critical time when the heroin crisis is affecting more and more Americans. As such, it is being discussed everywhere from the kitchen table to the presidential debate stage, and an effective policy response requires a proper understanding of all the factors contributing to the problem.

Currently, public health and safety officials at all levels of government are receiving a misguided diagnosis of the problem from the Obama Administration, who prefers to place the majority of the blame for heroin’s rise on doctors and pharmaceutical companies that they can regulate, instead of the cartels, gangs and drug dealers who are supplying it and need to be arrested and prosecuted. As a result, the Administration’s efforts and policy directives aimed at prescription abuse, while needed, will not be sufficient to stem the rising tide of heroin deaths, as they are ultimately separate problems and require separate policy responses.

According to the Drug Enforcement Administration, over the past few years—not coincidentally during the same period we have seen the rash of overdose deaths and increased heroin use—the Mexican cartels have been actively flooding the U.S. market with cheaper, more pure heroin to capture new users and expand their illicit profits. Their successful efforts have resulted in an estimated 42 metric tons of pure heroin being produced in Mexico and targeted at the U.S. in 2014, a 62-percent increase over the 26 metric tons Mexico is estimated to have produced in 2013 – with even more likely on the way.

More drugs mean cheaper, purer drugs, which lure more people into using them. The authors cite a recent study in the journal Addiction showing “that each $100 decrease in the price per pure gram of heroin resulted in a 2.9% increase in the number of hospitalizations for heroin overdose.” And with heroin purity reaching levels that allow it to be snorted in powdered form instead of injected, a whole new market of users is being reached who would normally fear intravenous use. (Of course, once hooked, many quickly overcome the stigma of needles.)

Treatment, prevention and other public health measures are critical components of a successful anti-drug strategy, but they will not succeed if the third leg of the anti-drug stool is missing: reducing drug availability. In the same way candy vending machines at the local school would undermine a childhood obesity campaign, cheap, available drugs undercut critical efforts at drug prevention.

The Obama Administration should to listen to these experts and adjust their strategy to more effectively address the heroin threat, starting with increased efforts to acknowledge and address the exploding supply coming from Mexico.

Years of hard-won, bipartisan experience have shown that a well-balanced anti-drug strategy—one that includes prevention, treatment, and international and domestic efforts to restrict the supply of drugs—can have a measurable impact on reducing drug use and its harms. Armed with the proper diagnosis of the problem, we can fight this disease and save lives.

One thought on “Increased Heroin Availability At Root Of Heroin Crisis, Not Prescription Painkillers – Analysis”