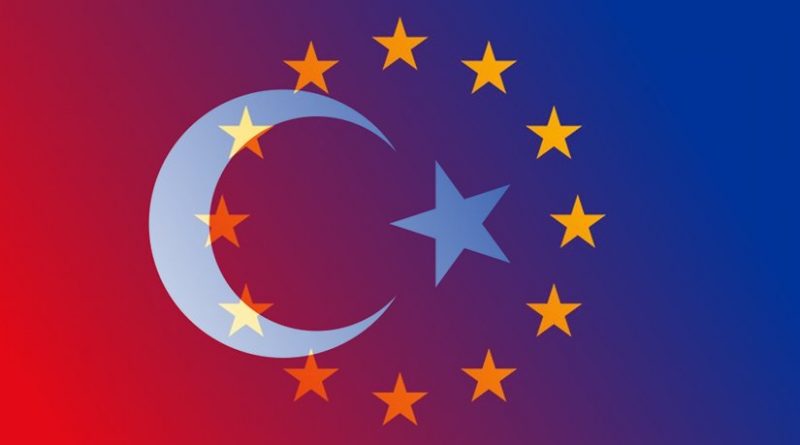 After a long break, now Turkey and the EU have opened another avenue of negotiations regarding Turkey’s accession into the bloc. Turkey’s long-stalled EU ambitions have been boosted by Europe’s desperation on issues like refugees. For the 1st time, Turkey became the largest refugee-hosting country w/ 1.6 million and EU displays sympathy towards Turkey in solving the deadly humanitarian crisis.

The European Union (EU) revived Turkey’s membership bid and launched accession talks with Serbia on 14 December, in a sign that the migration crisis due to terror wars in Middle East has prompted the bloc to seek closer relations with its neighbours despite a pause on accepting new members.

Two weeks after Turkey and the EU signed a deal on working together to stem the flow of migrants and refugees pouring into Europe and to revive membership talks, the bloc opened chapter 17 of the EU acquis on European rules of finance, banking and investment.

Recently the Members of the European Parliament (MEPs) called on Turkey to return to a peace process amid the escalation of fighting between security forces and the Kurdistan Workers’ Party (PKK) in urban areas across the country’s southeast.

Turkey first sought EU membership in 1987 but its bid has made poor progress, with issues such as fundamental freedoms and the future of Cyprus proving to be major obstacles. Turkey’s EU membership talks started in 2005. Since then, the process has all but stopped; only one of 35 chapters (Science & Research) has been successfully closed – eight are frozen indefinitely.

Since 2005 the EU has opened 15 chapters out of a total of 35 required to join, with only one being provisionally closed in a decade. Crisis in Kurdish towns in southeastern region of Turkey as well as human rights violations by Turkish government is an issue EU talks with Turkey as a part accession process.

Disagreements over Turkey’s rights’ record, its democratic credentials, and especially its troubled ties with EU-member Cyprus are among the major impediments to EU accession. Ankara has not opened its ports and airports to Cyprus, which is divided between Turkish and Greek Cypriots. Only Ankara recognizes Turkish northern Cyprus internationally.

Owing to Cyprus, the EU decided in 2006 to suspend negotiations with Ankara on eight of the 35 chapters, including key themes like the free movement of goods, freedom to provide services, customs and external relations.
All the time, EU was critical of Turkish atrocities in Kurdistan region but now it seems to have changed its position now by criticizing for the first time the “terrorists” as well in Turkey, thereby strengthening Turkey’s bid EU membership. –

Although the military atrocities and human rights violations in Arab nations by European and US militaries have never been remain deadly concern, EU talks about human rights and press freedom issues in Turkey, bringing the accession process to a near-complete halt.

Turkey will not become an EU member any time soon, and its full membership still faces resistance from France, Germany, and, especially, divided Cyprus, where Turkey controls the north.

In fact, Europe’s need for help slowing down the wave of people seeking refuge in the EU revived the appetite for accession talks with Muslim-majority Turkey. The EU promised €3 billion for the more than 2 million refugees living in Turkey and to end the visa requirement for Turkish visitors to the passport-free Schengen zone.

During a debate in the European Parliament on the situation in the southeastern region of Turkey — where state authorities have imposed round-the-clock curfews in many Kurdish towns several times — the Socialists & Democrats in the European Parliament (S&D) group and other officials have urged Turkish authorities to restart the stalled peace process.

While the MEPs stressed that Turkey has a right to defend itself against “terrorist” attacks, they argued that curfews serve as a form of collective punishment. “Turkey’s right to fight against terrorism is not questioned,” Kati Piri, S&D MEP and the parliament’s rapporteur on Turkey, said, and the so-called ‘retaliation actions’ from the PKK last week — killing police officers and their family members — can in no way be justified.

The general feeling, however, is that the curfew and operations by Turkish forces are about collective punishment rather than being aimed at restoring public order.” Kati Piri also said she is concerned about the prosecution of more than 1,000 academics who signed a petition calling for peace last week. “How can reasonable people calling for the violence to stop be labeled traitors and promoters of terrorism?” she asked. “In all our interactions with Turkey, we continue to urge all parties to guarantee the rule of law in the country and to call for an immediate cease-fire and an urgent return of the Kurdish peace process,” Johannes Hahn, member of the European Commission in charge of European Neighborhood Policy and Enlargement Negotiations, said in an address to members of the parliament.

The high level political dialogue between Turkish and EU officials on Jan. 25 will be another opportunity to raise these issues. “The peace force remains the best opportunity in a generation to solve a conflict that has claimed far too many lives,” he said, after stressing that the progress made in the past two years should not be thrown away.

In echoing Piti’s remarks, S&D vice president for foreign affairs, neighborhood policy and enlargement Knut Fleckenstein also called for a return to the peace process. “We strongly urge the government to return to the path of dialogue and not to sacrifice the country’s long-term stability. Equally, we call on Kurdish political and community leaders to act with restraint and responsibility,” he said. “And finally, we urge the European Commission to state clearly that we disagree with the Turkish authorities’ current policy in the Southeast of the country and that there needs to be a change,” he added.

A group of MEPs from S&D will travel to southeastern Turkey in February to observe the situation there.

Turkey has agreed in principle to an EU refugee action plan, which is expected to be finalized. In return for its help, Turkey has demanded the EU provide three billion Euros ($3.3 billion) a year in funding and visa-free travel for Turkish nationals as well as a resumption of negotiations on its long-stalled application to join the bloc.

Turkey, however, resents EUs constant interference in Turkey’s internal affairs in order to block its entry into EU.

Meanwhile, the EU also launched accession talks with another country on the migration route into Europe – Serbia.

Serbia does not recognize the sovereignty of its former southern province Kosovo, which declared independence in 2008, after a bloody war in 1998. Only a year ago EU commission president Jean-Claude Juncker said the EU needed a pause in admitting new members, and will not accept new countries for five years. But the EU’s accession policy – aiming to align neighbouring countries with the world’s largest trading bloc and political union – is proving useful amid the refugee crisis and a more assertive Russian foreign policy.

EU leaders are facing the biggest refugee crisis since World War II and are urgently seeking to secure the help of Ankara in curbing the flow of migrants into the European Union from Turkey — which is giving sanctuary to 2.2 million Syrian refugees. “The refugee crisis and terrorism shows us that we are on the same continent, we are facing the same challenges and the more we develop common policies, the better off we will be,” EU foreign policy chief Federica Mogherini told press.

The EU’s 28 leaders hosted Turkey for an extraordinary summit to improve ties and help tackle the unrelenting migrant crisis. In November 2015 EU and Turkish officials have met in Brussels for a summit aimed to tackle record influx of migrants into Europe. Turkish Prime Minister Ahmet Davutoglu and EU representatives signed a special agreement at a summit to discuss the refugees fleeing for Europe. The EU bloc is offering Ankara an aid package and closer ties in return for help in curbing the flow of new arrivals. European countries pledged to provide Ankara with three billion Euros ($3.2 billion), reduced visa restrictions for Turkish visitors to the EU, and other benefits – in exchange for help coping with nearly two million Syrian refugees on its soil. EU has also pledged to renew talks on Turkey’s EU membership.

In return, Turkey said it would crack down on human smugglers and prevent economic migrants from crossing over into Europe. The talks focus on the role of oil exports in financing the self-styled “Islamic State” (ISIS), after Russia accused Ankara of enabling the ISIS to smuggle oil.

Turkish foreign minister Mevlut Cavusoglu said opening the first new section for two years is “quite symbolic.” “We hope other chapters will be opened soon and the negotiation process returns to its natural course. We shouldn’t wait another two years to open another chapter,” Cavusoglu told press. Cavusoglu said Turkey was making progress on its end of the deal to make it easier for refugees to settle in Turkey. “We are preparing a draft law to issue working permits for Syrians living in Turkey,” he said, adding that they are building new school classrooms and easing access to healthcare.

On November 26, 2015 Turkey’s minister of European Union affairs said that Brussels had agreed to open a new chapter in stalled membership talks with Turkey by mid-December, following an EU-Turkey summit. Out of 35 “policy chapters” which all EU candidate countries must successfully negotiate prior to membership only 13 have been opened and only one has been successfully closed so far.

The opening of Chapter 17 is part of the re-energizing of Turkey’s accession process as agreed at the EU-Turkey summit in November. Luxembourg currently holds the EU’s rotating presidency. Chapter 17 focuses on economic and monetary policy, with bolstering the independence of Turkey’s central bank a pre-condition to the move. The EU and Turkey would start working together to open five to six more chapters in 2016.

Although the process of resumption of accession talks between EU and Turkey is certainly a positive move, whether or not it is a mere tactical move by EU to solve the European refugee crisis alone by using Turkey or indeed it is a genuinely accession move as well, remains to be seen.