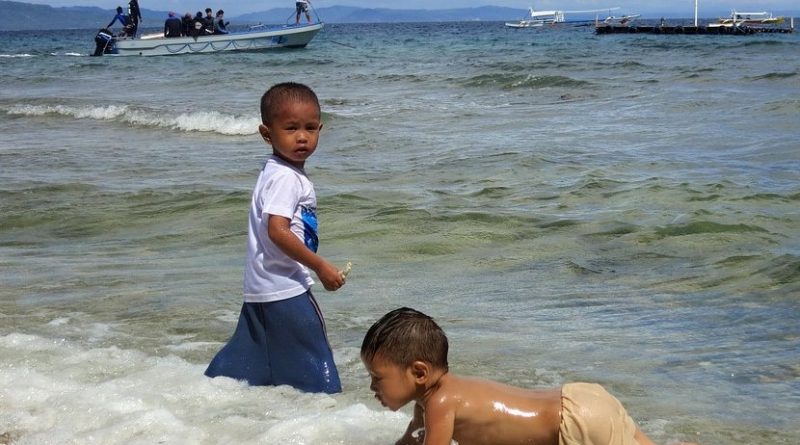 By Karl Romano and Luis Liwanag

A bill approved by Philippine legislators to lower the age for criminal liability to 9 years old would not reduce crime rates but exploit children, rights groups said Tuesday.

A justice committee panel at the House of Representatives took just five minutes on Monday to approve amendments to the Republic Act 10630, or the Juvenile Justice Welfare Act. These would lower the minimum age to 9 from the current 15 years old. The house is controlled by allies of President Rodrigo Duterte.

“Let it be understood that with the present bill, we are not putting these children in jail but in reformative institutions to correct their ways and bring them back to the community,” House panel chairman Salvador Leachon said.

He said the committee had considered six bills lowering the age for criminal responsibility. The entire house must vote on the amendments, but that is practically a done deal. A counterpart measure in the upper house, or Senate, is being deliberated.

The current law’s author, opposition leader Sen. Francis Pangilinan, has criticized the president’s anti-drug war, which, rights advocacy groups claim, has led to a human rights disaster through the killings of thousands of suspected addicts and pushers.

Duterte, whose allies control both houses of Congress, had often complained that the law allowed drug syndicates to evade arrest by using children in the illegal trade.

Leachon said the bill aimed “to protect our children from being used by ruthless and unscrupulous criminal syndicates to evade prosecution and punishment.”

But Lotta Sylwander, a representative for the U.N. Children’s Fund (UNICEF) in the Philippines, argued that the law unduly pinned criminal blame on boys and girls.

“There is a lack of evidence and data that children are responsible for the increase in crime rates committed in the Philippines,” she said. “Lowering the age of criminal responsibility will not deter adult offenders from abusing children to commit crimes.”

By branding children as criminals, the government was effectively removing accountability from adults, she said.

“If children who have been exploited by criminal syndicates are penalized instead of the adults who abused them, we fail to uphold the rights and well-being of children,” she said.

Sylwander called on the government and civil society to focus on strengthening the implementation of the current law instead of amending it.

“If we fail to understand the underlying reasons how and why children commit crimes, we as adults, fail our children,” Sylwander added.

Washington-based Save the Children said the move would “only push children to further discrimination, abuse and eventually, into a more antisocial behavior.”

“What we need is for the Juvenile Justice and Welfare Act to be fully implemented with clear programs and services for prevention, response, and the reintegration of children into their families and communities,” the group said in a statement.

Pangilinan as well as other opposition members in the Senate said they would move to block the amendments, which Duterte’s spokesman, Salvador Panelo, said were likely to sail through.

Panelo, a lawyer, claimed offenders as young as 9 could already discern right from wrong.

“For me, 9 years old can already face punishment. Considering the technology, a 9-year-old child is perhaps equivalent to 10 to 15 years old. He already has discernment,” Panelo said.

“Under the criminal law, if you already have discernment, you know what is bad and what is good. You will be accountable,” he added.

Sen. Antonio Trillanes called the amended bill “simply unjust” and anti-family and anti-poor, because most of the children in conflict with the law come from city slums.

“Moreover, it will promote a heartless and ruthless society that has no regard for its own people,” Trillanes said in a statement.

“As somebody who has been imprisoned, I know that such a harsh environment will severely traumatize those children and would lead them further to a life of crime once they have served their sentence,” he said.

Government data suggests that lowering the age limit for crimes would mean that the Philippines will also be sliding downward against global trends, Sen. Risa Hontiveros said.

“The entire premise of having a separate set of laws for adult offenders and children in conflict with the law is because children cannot be judged the same way as adults,” Hontiveros said.

She noted that this was the reason why children were not allowed to vote, watch R-rated movies, or drive.

She added that the Philippines was a signatory to the U.N. Convention on the Rights of the Child, whose monitoring body recommends higher minimum ages of criminal responsibility.

“So given that the global movement is upwards and not downwards, why do we seem going backward? Why do we want to slide back to the minimum, or even below the minimum? Is this a race to the bottom?” she asked.

Since assuming office in 2016, Duterte has launched a blistering anti-drugs campaign that, according to rights groups, has left tens of thousands dead including children. But he often railed that the police’s hands were tied because criminal syndicates allegedly use children as drug couriers because they knew they were protected by the law.

His frustration was apparent when he blamed Pangilinan’s law as having made the jobs of officers more difficult.

“You policemen, tell me. When did the situation worsen? When that son of a bitch senator passed this juvenile law and now you can’t jail children younger than 15,” Duterte said in November.

Home » Philippines Blasted For Bill To Lower Crime Age To 9