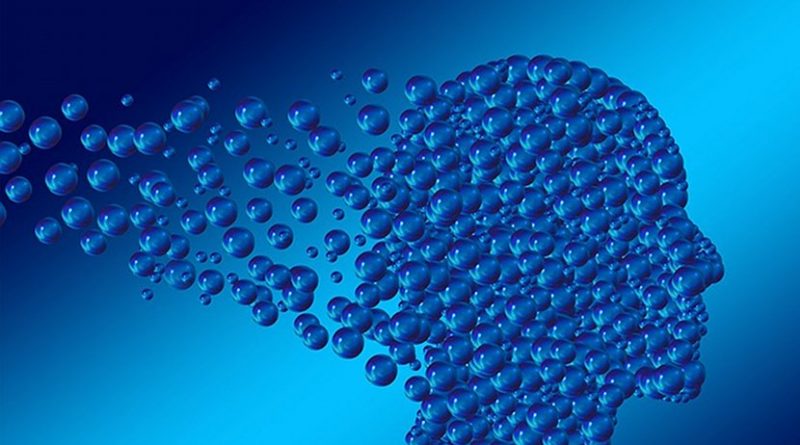 Unlike the great political and cultural empires of the past, America does not have a specific cultural-economic message to promote itself into the future. Egypt had the pyramids and mummies, Greece had the Theatre and the Olympic stadium. Rome had aqueducts, streets and Coliseum. England did not have any because its power was over the water, but it could have been New Delhi – the best city structure of the world – if it had remained in control of India.

For the USA for a short time this political-cultural symbol was the Empire State building but the skyscrapers quickly spread everywhere and now there are taller ones, even if in truth, none of them has the charm of the majestic grandeur of the Empire (name chosen was not a fortuitous case!).

In my opinion, this theme is guiltily absent in all presidential candidates and I reckon it is quite surprising. It must be said immediately that the cultural-political symbol is not a mere hypothesis of an ultra-thousand-year-old imperialistic presence. A sort of ability to project oneself with a symbol over time that reflects imperialist visions, but it is much more in terms of political vision and much more linked to the present.

That Cultural-Political symbol is an aggregating force of the human community that can be produced around objectives of specific economic and cultural civilization that only ONE SUBJECT  is capable of proposing to the entire community. In the case of Egypt, it was the phenomenal constructive ability, totally unthinkable in the surrounding Nile area, which implied absolutely amazing mathematical, mechanical and dynamic knowledge nobody else had and still unsurpassed now. It is not the case that the Pyramids are the only human product capable of resisting the millennia, and Louvre has paid an homage to it in its entrance.

For Greece theatre and Olympic stadium it was the symbol of cultural creativity that has dominated for millennia and still dominates the West even today. In the case of Rome it was the first globalizing vision of a world – a single currency, a written law valid for all  people that could acted even against the state, a road and water for all the countryside – which made the Roman state a symbol that goes far beyond the folkloric representations of gladiators.  “Cives Romani sumus” was proudly recognized by people from middle east to far east from Spain to Germany. It is not a case that the founding fathers of the USA were inspired by the Roman constitutional tables to forge their own constitution.

The point we try to make – and the suggestion we try to offer to Presidential candidates –  is that these examples had an aggregating function that positively reflected the ability to develop a unique universal message, which in addition to proposing itself over time, but this was only the time to decide if it would remain, but also at their present constituted an enormous inter-cultural link extremely useful for those who want to direct the political future of those Countries.

It is often forgotten that term religion comes from Ligo, to bind, and its strength remains as long as a mystical-metaphysical message maintains the bonds between the masses. The cultural-economic message we are talking of, carries out the same enormous function of common interest on the secular level. Who else but the Egyptians was able to send messages in the case of the lay-religious Egypt of the Pyramids? Nobody. Who could affirm cultural values ​​such as those of theatres and stadiums in Greece? Nobody. Alexander who won battles, went personally to bow before Diogenes who erected the banner “I am looking for the Man” and to the the temple of Apollo who exhibited on the front the challenge perhaps greater of humanity “know yourself”.

Who was able to develop a state economic globalization such as that of the streets and aqueducts of Rome? Nobody. It was therefore natural to feel part of that community. That Cives Romani Sumus proudly said peoples from all over the world was not an imperialistic expression but solicited request to be part of it. For that cultural and political mixture is  needed. Christianity as an heir – and probably the conscious substitute of the Roman empire, see allusively Gibbons chapter 15 of his incomparable work – with their cathedrals only manifested the will to dominate, but not that of sharing in the collective well-being common wealth, that vice versa is the economic and cultural fundamental message of which we talk about which we see lacking in any American presidential candidate.

This potential element is Knowledge. The production of knowledge in the USA is by far the most important on the entire planet. Not only that, no country ever did so much to make it available to masses all over the world. See the various knowledge revolutions it has produced. Therefore the key element is there. KNOWLEDGE,  but it must be transformed into a symbol not only in the interest of the USA but of the entire planet. How?

Moreover, connected to GDKA,  let us Imagine, a City of Knowledge in the Midwest (Finance in New York, Movie TV in Los Angeles, Knowledge in Mid West, a symbolic City in Kansas, Missouri or Colorado, that could be founded from scratch as a new city such as Las Vegas or Brasilia).

The physical city full of constructions with radio telescopes, antennas etc with all to the thousands of satellites USA sets into space, would service to a physical spectacular construction able to face the future (Knowledge Pyramid? created by an architect who wins a world competition). That Pyramid, because of the content, nobody else could copy.

The City of Knowledge should be the reference of GDKA, the new wealth of nations, that is promoted by America all over the world with satellite cities in Africa, Europe and Asia. The real new Silk Road, because knowledge is the gold of the XXIst Century

Personally, I have been promoting for years in India the adoption of my quantitative model of GDKP knowledge production in a wonderful country – India – which has probably provided  the highest knowledge inheritance to the all world parallel only to that of Greece.

The Gross Domestic Knowledge Product (GDKP-INDIA) proposed by me was officially adopted by MoSPI, the Ministry of Statistics and Planning of India in February 2019 and perhaps seems to be ready for concrete realization after an incubation period, thanks to the intervention of Dr. Raijv Kumar, Vice Chairman of NITI Aayog, who first sustained it. NITI Aayog, whose Chairman is Modi therefore seems to be specially suited for that bridge function: INDIA-USA, first step of new silk road. And India therefore could very well be the first step of that New Silk Road which America can provide of knowledge content like no other country in the world.

The USA presidential candidates, including the incumbent President, while they properly offer their vision of USA economy and social activity for the next four years, should take this opportunity to give to the USA a cultural and economic symbol of extraordinary importance for the future of the USA and the world well over the 4 year term. The City of Knowledge.

Starting from GDKA, Gross Domestic Knowledge of America, they should promise to create the City of Knowledge, with all satellite connections for a bridge of all human being based on circulation of knowledge, which is for sure the highest present USA contribution to the world only USA can offer.

Home » America In Third Millennium And What Is Missing From Presidential Election Candidates: Trump-Modi Potential – OpEd