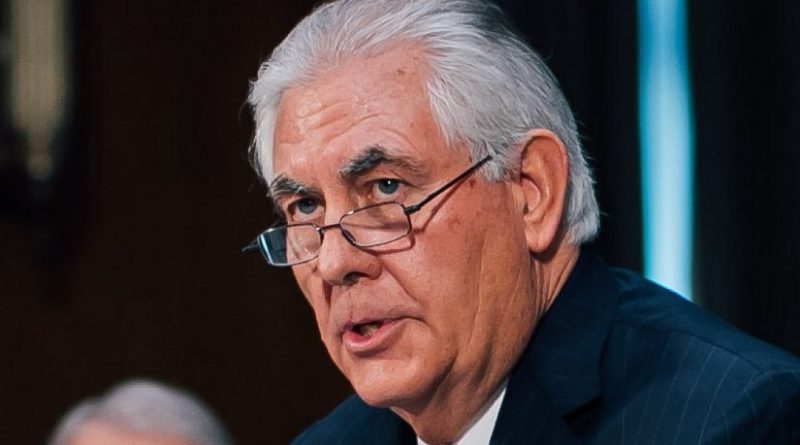 Montenegro’s government is confident that NATO is closer to admitting it after Rex Tillerson urged US senators to approve the membership treaty without further delay.

US Secretary of State Rex Tillerson has written to leaders of the US Senate, urging them to ratify Montenegro’s membership of the NATO alliance, saying it is “strongly in the interests of the United States.”

In a letter dated March 7, published on Tuesday, Tillerson argued that Montenegro’s membership of the alliance would support greater integration, democratic reform, trade, security and stability among its neighbours.

“Montenegro’s participation in the May NATO Summit as full member, not as an observer, will send a strong signal of transatlantic unity,” Tillerson wrote.

Moscow opposes any expansion of NATO to the east, including the Balkans, and the delay in US approval of Montenegro’s accession protocol had raised doubts about whether President Donald Trump’s new administration in the US was ready to stand up to Russia over the issue.

McCain said that by blocking a quick vote on Montenegro in the Senate, Paul was working for Russia’s President, Vladimir Putin.

Montenegro hopes the Senate will ratify its accession before the NATO summit in May, and that it will participate in the summit as a full member, Srdjan Darmanovic, Montenegro’s Foreign Minister told an Atlantic Council event in Washington on Tuesday.

“It’s very difficult for me to imagine that [the US, as the] leading country of NATO and a kind of leader of the free world is not going to finalise the [ratification] procedure before that,” he said.

It was held at a complicated moment for NATO. President Trump has questioned NATO’s role, also accusing member states of not paying their dues to support NATO operations.

Growing Russian influence in the Balkans is meanwhile seen as posing a security threat to Southeastern Europe.

“[Now they are] much more vocal, engaging with certain actors, with religious leaders, with political parties, with media outlets,” Bushati said of the Russians.

Darmanovic repeated claims that Russia has given financial, political and propaganda support to the “anti-NATO” campaign in Montenegro, noting that Russian intelligence officers were connected to last October’s alleged anti-Western coup attempt in Podgorica.

Russia has flatly rejected claims by Montenegro that its security agencies stymied a Russian plot to overthrow the pro-Western government.

“Nobody wants to clash with Russia but we see [this support] as a kind of interference in our domestic affairs,” Darmanovic said.

Croatian Foreign Minister Stier blamed Russian intervention in the region on “the vacuum of international politics” in the Balkans created by the US and EU.

“We need to make the use of the best tool that we have – the enlargement process. If we water down that process, that will open room for others to fill in the gap,” Stier said.

Those “others”, according to all three ministers, were not only Russia but Turkey, China and the Gulf states.

“We don’t percieve ‘third actors’ as a threat per se, but we would like to see them complementary with our own trajectory, which is not always the case,” Bushati said.

“The common philosophy is that we share the same values, we are run in the same way and we are ready to cooperate in and out of NATO in common projects,” Darmanovic said.
– See more at: http://www.balkaninsight.com/en/article/montenegro-s-hopes-rise-as-us-secretary-urged-nato-addmission-03-22-2017#sthash.a924d1hD.dpuf