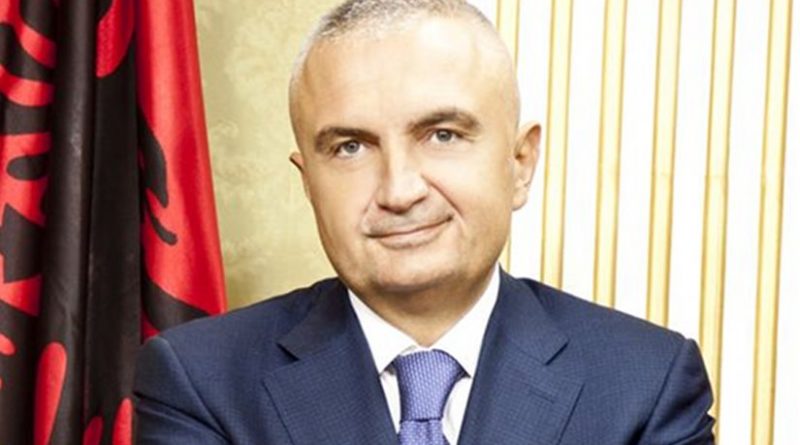 On December 23, 2020, Albania’s Constitutional Court was finally set up with its members, after three burdensome years of irrelevance and total dysfunction.  It was President Ilir Meta’s decision that made possible the restoration of this institution in Tirana, upholding democratic standards, rule of law, human rights and accelerating the opening of membership negotiations with the European Union.

On this occasion, the US Ambassador, Yuri Kim congratulated President Meta as the defender of the Constitution in this long journey.

The establishment and functioning of the Constitutional Court of the Republic of Albania was a very difficult and complicated process. This process started after the adoption of justice reform legislation in July 2016. The approval of the constitutional reform was done with the purpose of reforming the justice based on strengthening the institutional independence, promotion of professionalism and ensuring the judges’ professionalism and ethics, improving the prosecutorial and government bodies of the justice system. Such a Constitutional reform was done by a full parliamentary consensus.

Following the constitutional changes, various laws were passed to make the justice reform to work. Unfortunately, the adoption of subsequent laws did not proceed within the spirit of consensus but was relying solely upon the power of the ruling majority. With the suspension of the legislative consensus and the beginning of the spirit of rejection, erupted some of the basic problems on the implementation of justice reform in general and the establishment of the Constitutional Court was very distant in the horizon.   The exclusionary spirit by Edi Rama’s government and MPs was not an accident. The exclusionary spirit was associated with certain political goals, mainly to exert political influence towards the reform, the vetting process, over the procedures for the establishment of the governing bodies of Albania’s justice system and primarily to initiate a full political capture of the Constitutional Court.

President Meta’s battle for the protection of the Constitution, was mainly pertinent to the establishment and functioning of the Constitutional Court and reached the highest levels of diplomatic and international institutions.  In this struggle, President Meta did not spare any effort to publicly criticize all diplomats and senior EU officials inside and outside Albania as their ambiguous posture was detrimental to Albania’s constitution.

In addition to the Venice Commission, President Ilir Meta found a great unconditional support from the United States and the European Union, as well as major Western states and chancellors. This support came in the forms of help and assistance, sometimes in the forms of political pressure on Albania. In particular, European and American actors used the process of opening accession to negotiations to increase pressure on Tirana’s ruling majority, mainly over justice reform and the wrongdoings in Constitutional Court in particular.

Finally, and equally important, in the battle for the establishment and functioning of an independent, professional, and integral Constitutional Court, President Meta had the extraordinary support of the Albanian public opinion. Mr. Meta addressed the Albanian nation on March 2nd, 2020, with the call “to take the fate of the country into their own hands”. This was a call for a direct democratic involvement, for an all-citizens referendum movement in defense of the country’s Constitution. The people responded with a full conviction and willingness. The manifestation of March 2nd, 2020 sealed in advance with the popular victory the battle for the protection of the Constitution from the attempts to capture the institutions for criminal motives and political reasons by the ruling majority.

In the battle to protect the Constitution and the establishment of an independent, balanced, professional and ethical Constitutional Court, President Meta fought relentlessly to face attacks, accusations and political and media pressures, from inside and outside the country. Mostly Mr. Meta was accused “as a long arm of the political opposition in the country”. This was a manipulative attack to deprive President Meta of his role and constitutional power, to give up the effort to establish independence and balance of powers, demanding for the rule of law, keep up the fight to protect human rights.

President Meta certainly was not defeated by unscrupulous political attacks, indeed the head of state triumphed over them, becoming the first president in transitional democracy who managed to defend the Constitution and the law and contribute so much to the establishment and functioning of the Constitutional Court of Albania, he paved the way for the opening of EU membership negotiations in 2021. For this extraordinary role and contribution, President Meta will be long remembered in the history of democratic and European Albania.