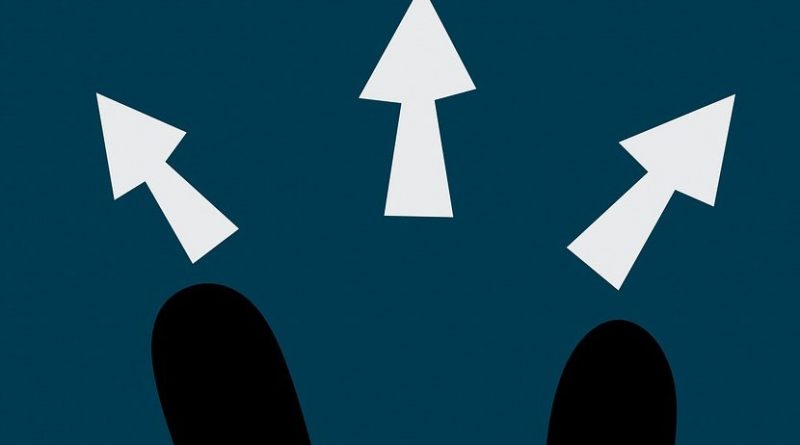 China has achieved such progress by skillfully adopting liberal policy of encouraging and inviting multi national companies, which are in the forefront of technological developments, to invest in China and enter into technical and financial collaboration with Chinese companies. Given the fact that China’s market potential is very large and faced with the problem of nearly saturated market for several products in US and West European countries, multinational companies felt enthused by the proactive policies of Government of China and came forward to invest in massive way and liberally share their technology expertise in China.

It has been a win win situation for both China and multinational companies based in USA, Western Europe and Japan, as the interests of both of them have been elegantly met.

When multinational companies invested in China in a big way introducing their updated technology practices, Chinese technicians and engineers and scientists inevitably got exposure to modern technologies and have updated themselves. In the process, the technology base of China has got considerably strengthened, prompting growth of R&D and product development efforts by the Chinese companies.

When multinational companies invest its money and technology in countries like China, India and Middle East to boost their own business prospects, it inevitably results in transferring technology of high standards to the recipient countries.

Now, China is in a position where it can further build it’s technology base by it’s own efforts, even without needing more support from multinational companies anymore in the same scale.

While the world is impressed by the enormous economic and industrial growth achieved by China, suspicions are also getting strengthened as to what could be the ultimate objective and aim of Chinese government, apart from industrial and economic growth.

Many actions of Chinese government in the political sphere and in tackling human rights issues in the past few decades have caused misgivings about China’s long term intentions. Many tend to think that China’s intentions and goal are not much different from that of Hitler’s Germany, when Hitler wanted to dominate the world and emerge as undisputed world leader and control the entire world under his thumb.

China invaded Tibet and brutally suppressed the protest movement in Tibet, which resulted in the respected the Dalai Lama having to leave Tibet and enter India as a refugee along with his devotees and supporters. Many more Tibetian who stayed back in Tibet and who did not accept China’s invasion were massacred.

China is now claiming Arunachal Pradesh, which is integrated part of India, as its own territory .

China is now violently suppressing the Uyghur in China who are asking for religious freedom. There are many different groups of Muslims in China. But in Xinjiang, which is predominantly Uyghur, Chinese government has created both a surveillance system and internment camps with over a million people and many persons have even disappeared.

China has warned the world against raising any questions regarding the policy of China in tackling the unrest amongst Uyghur. China is trying to repeat “ its Tibet success” in the case of Uyghur.

With its money and trade power, China has ensured that no Muslim country would protest against China’s suppression of Uyghur. Even Turkey is not saying much, though the Uyghur consider themselves ethnically belonging to Turkey.

World is developing deep suspicion that Chinese leadership, just like that of Hitler, has no ethical or moral commitment and will go to any extent to achieve its self centered goals and objectives.

China built large capacity in multiple fields in the manufacturing and services sectors in variety of ways As a mater of fact, in the case of several products, the manufacturing capacity built by China is several times more than what the world needs today and in the next few years.

China is now facing piquant situation, China is facing problems in marketing its products leading to lower capacity utilization and closure of units. China today desperately needs world market for its survival and for sustaining the growth.

It is estimated that 20% of the China’s investment project are facing push back.

China’s Industrial firms posted their worst slump in profits since late 2011 in the first two months of this year 2019, as increasing strains on the economy in the face of slowing demand at home and abroad took a toll on business.

The sharp decline in profits suggests further trouble for China’s economy, which expanded at its slowest price in almost three decades last year. The Government has already lowered the economic growth target this year to 6 to 6.5% from the actual rate of 6.6% in 2018. Profits made up by China’s industrial firms in January-February 2019,slumped 14.0% year on to 708.01 billion Yuvan ($105.5 billion), the National Bureau of Statistics (NBS) said on its website. It marked the biggest contraction since Reuters began keeping records in October 2011.

Profits in the auto sector were down 37.1 billion Yuvan from a year earlier, while those in the oil processing industry fell 31.7 billion Yuan.

The drag was mainly due to price contractions in key industrial sectors such as auto, oil processing, steel and chemical industries, Production and sales are slowing as well.

Finding the situation untenable and dangerous for the future economic and social stability of China, Chinese government has hit upon the idea of launching One Belt One Road initiative to connect China with Asia, Europe and beyond with massive infrastructure spending and investment.

The strategy is to spread the Chinese influence abroad and saddle countries with weak economy with unsustainable debt and with projects executed with China’s loan and technology .China expects that it would find huge market for its products abroad with the OBOR scheme and it will also serve its ambition of gradually gaining control not only over the world market but over the world itself.

In the process of launching OBOR scheme, China, hopes to achieve twin objectives of increasing the dependence of other countries on China and directly or indirectly controlling their economy.

Projects are being built under OBOR scheme in weak countries, that are desperately needing investments .

Pakistan is now one of the major victims of China’s economic aggression by allowing China’s schemes under the economic corridor projects. Apart from countries like Pakistan, Kenya, Sri Lanka and others and recently even Italy has agreed to sign up the Chinese plan.

Of course, there are signs that many countries are realizing the gravity of the trap being laid by China and are becoming more cautious, so that they would not expose themselves to Chinese dominance and control.

While Chinese leadership has the same ambitions like that of Hitler’s Germany, China has learnt from the bitter experience of Hitler and has reworked the strategies .

Why trade war with USA?

Realizing the China’s long term intentions and alarmed by its strategies, US President Trump launched trade war with China. The objective is to weaken China’s economic power and affect its capability to dominate the world economically and by its trade power.

To what extent that President Trump would be successful in trade war with China remains a mute question at this stage, as interests of US economy is also affected to some extent.

Having created huge industrial capacities and finding OBOR strategies facing resistance in some quarters and not providing the benefits to the level of expectations , coupled with trade war with USA and accused of human rights violation and expansionist ambition, time has come for China to reassess its future plans.

Certainly, given the present predicament, China can not have its way by browbeating the world.

The fact that China is forced to support and defend Pakistan based terrorist in the UN forum and has no alternative other than opposing the move of several countries to control and checkmate the dreaded Pakistani based terrorist, clearly indicates China’s confusion. China is afraid that any support that it would extend to control the terrorist would result in terrorist groups joining together and attacking interests of China in Pakistan and even violently acting against thousands of Chinese managers and technicians presently working in Pakistan under the “Economic corridor projects”. Obviously, this shows that China has become vulnerable.

China has to step back

China’s occupation of Tibet several decades back continue to haunt China and remains as talking point in world forums. It shows the true face of Chinese leadership to the world community and the present conditions in Tibet is remaining as standing monument for China’s ruthlessness.

Unlike Hitler’s Germany ,which was totally defeated in its efforts to dominate the world with its military power, China’s softer strategy of using economic and trade power ‘to dominate the world may not result in the type of annihilation that Hitler faced. But, China’s influence in the world will be seriously challenged, unless it would give up it ambitions to win the whole world. If China, would not alter it aims and goals, it will have to pay its price before long .

Whether this weakening of China, which is now at the cross roads, will lead to liberation of Tibet from China’s aggression will be the subject of considerable debate and discussions in the coming days.

Home » China Is Now At The Crossroads – OpEd