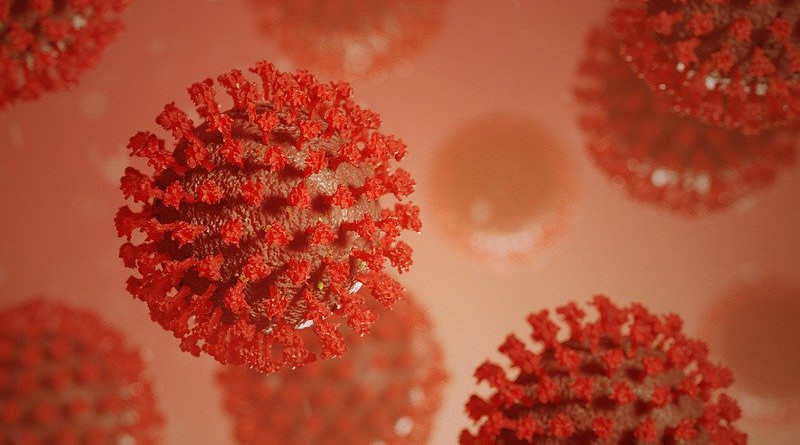 Idiomatically speaking, a ‘perfect storm’ refers to the deadliest combination of a multitude of adversities striking at the most vulnerable moment. Already reeling under endemic political crises, severe economic meltdown and a prolonged wave of popular discontent, the states of Iraq, Jordan and Lebanon have been dealt a debilitating blow by the COVID-19 pandemic, which makes the aforesaid analogy unfortunately the most apposite.

Even the state of Israel is today contending with one of its most formidable security threats, as the pandemic has already infected thousands of its citizens, and has wreaked havoc on the economy with unemployment figures mounting to over 22 percent.1 The floundering state machinery and deplorable health system in adjoining Arab states — caused by years of civil strife, massive displacement of populations, rampant corruption and misgovernance — augurs ill for this area.

As of April 20, the coronavirus had infected 1,539 people and claimed 82 lives in Iraq.2 Almost a quarter of these cases are from the Kurdistan Region of Iraq (KRI). As of April 18, KRI reported 337 confirmed cases with four associated deaths and 244 recoveries.3 According to March 26 report of the United Nations Office for the Coordination of Humanitarian Affairs (OCHA), about 44 per cent female and 56 per cent male constitute the total Iraqi number,4 which has a heavier concentration among middle-aged and elderly adults.

The number of those infected by the coronavirus in Israel stood at 13,362 with 171 deaths, as of April 20.5 Meanwhile, the West Bank tally had 322 positive cases with two deaths by April 19.6 The first confirmed positive case of the pandemic was reported on February 21 in Israel, after a female citizen tested positive on her return to the country from the Diamond Princess ship from Japan.7

Since February 21, Lebanon Info Center has been disseminating official reports on the number of coronavirus cases and deaths online.. As of April 21, Lebanon reported 677 confirmed cases of coronavirus and 21 deaths.8 The Al Jazeera has reported that the number could be much higher in that country, as migrant workers without proper papers were not being tested for the virus, given the growing strain on the healthcare system.9 Similarly, Jordan had 417 confirmed cases with seven deaths by April 20.10

However, health officials in Lebanon, Iraq and Syria are wary the number of people infected with coronavirus far exceeds the official figures disclosed, and claim that militias and other non-state actors are quarantining entire communities of patients in areas outside state control.11

Meanwhile, the wave of public protests, sparked by issues of misgovernance and economic downturn, may have ebbed in the wake of government lockdown to fight the pandemic, government injunctions regarding social distancing has spurred its own set of political controversies in Lebanon. For instance, it is reported that lockdown measures are particularly harsh in Palestinian and Syrian refugee camps, as it is alleged that they are perceived to be spreaders of COVID-19 in Lebanon.12 Refugee communities are reportedly complaining that their curfew hours are only relaxed for five hours, while the general citizenry enjoys greater relaxation in the clampdown. Some observers argue that the Lebanese expatriate community is more liable to spread the virus than the refugee community.

Israel’s Institute for Biological Research has been trying its best to develop the vaccine as soon as possible. The institute recently had a “significant breakthrough in understanding the biological mechanism and qualities of the virus, including better diagnostic capability, production of antibodies for those who already have the coronavirus”.13 However, the development of the vaccine requires a series of tests and experiments that may take more time.

On March 18, Israel passed an emergency law to use mobile phone data for tracking infected citizens. Even Prime Minister Benjamin Netanyahu’s close aides tested positive for COVID-19.14 Amid shortage of protective gear and testing kits, Israel’s Ministry of Defence has taken the responsibility for the purchase of essential medical items. Even Israel’s spy agency Mossad has been included in the fight against COVID 19.15

For its part, Iraq took the politically difficult decision to close its borders with Iran on February 20 in the wake of the COVID-19 outbreak.16 It only allowed returning Iraqi citizens, as the pandemic was spreading in Iran. Thereafter, the Iraqi Government closed universities, schools and even cinema halls in Baghdad on February 27 and banned large public gatherings in various cities. A country-wide lockdown, including the Kurdish region, was later imposed in mid-March until April 11.17 The Iraqi Government also banned travelers from Qatar, Germany, France, Iran, Italy, Japan, Singapore, Spain, South Korea and Thailand.18

In response to the outbreak in Iraq, Jordan restricted land and air travel with Iraq March 10 onwards. The kingdom has been screening people entering the country’s borders and airports. It has strongly enforced mandatory chest and throat examinations19 along with temperature checks at all points of entry,

On March 15, Lebanon declared a state of medical emergency given the lack of sufficient medical facilities and the government closed the airport, seaports and land entrances from March 18.20 The citizenry was instructed by the government to stay home and the army was asked to intervene by order from the Lebanese President and Prime Minister.

According to the Human Rights Watch, Lebanon’s medical practitioners and public officials are very worried about providing patients with urgent medical care because of the financial crisis.21 The same concern is expressed by the Jordanian and Lebanese officials.

All four states were already in the midst of a severe economic crisis when the pandemic hit, and it is becoming increasingly difficult for security forces to keep the hungry and unemployed stay at home indefinitely. Even Israel is suffering a severe economic downturn with unemployment rate crossing 20 per cent.22

For Iraq, the fall in crude prices has drained revenues for this crude exporting country that are now critical for containing the health crisis. At this point, the leadership void at the federal government level is causing a major concern.

The COVID-19 crisis would severely impact the four countries at the social, political, economic and humanitarian levels, as these states were already facing multi-vector exigencies at the time of the pandemic’s outbreak.

A surprise fallout of the pandemic has been that the European countries have announced temporary withdrawal of some of their troops from the anti-Islamic State of Iraq and Syria (ISIS) coalition and training mission in Iraq.23 Britain, France, Spain and Netherlands have decided to withdraw hundreds of their troops from the country, as part of a temporary pause in their missions due to the coronavirus epidemic.

In the wake of these developments, ISIS stated in its publication Al Naba (Vol. 220) on February 2, 2020 that it was an opportune time to hit Western states as, “the last thing they want today is to be struck during these trying times. The caliphate soldiers will prepare to hit them like they hit Paris, London, Brussels and [other] cities. Moreover, in some places security and medical personnel are stretched very thin so the last thing they wish is to be surprised by the mujahidin.”24

It is still early to fully analyse the deep impact of COVID-19 on the region but it is almost certain that the cumulative effect of this crisis would snowball across several strategic vectors in time and space.

*About the author: Dr. Adil Rasheed is Research Fellow at the Manohar Parrikar Institute for Defence Studies and Analyses, New Delhi.