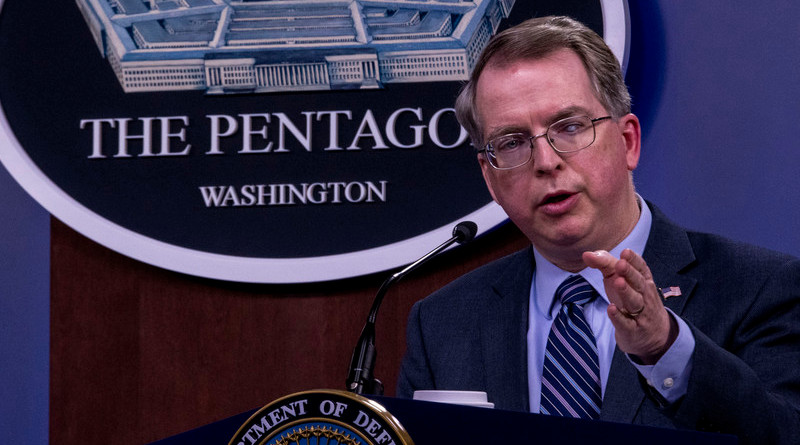 “The president issued an important warning to the Iranians,” Deputy Defense Secretary David L. Norquist said during a Pentagon news conference today. “What he was emphasizing is all of our ships retain the right of self-defense, and people need to be very careful in their interactions to understand the inherent right of self-defense.”

The president tweeted, “I have instructed the United States Navy to shoot down and destroy any and all Iranian gunboats if they harass our ships at sea.”

The Iranian regime has a history of harassing U.S. vessels operating in the Persian Gulf. In the past, small, quick Iranian boats have charged at U.S. ships in international waters.

The president’s tweet does not signal a new policy, the vice chairman of the Joint Chiefs of Staff said, as U.S. forces in any environment retain the right to defend themselves. “Every ship that deploys in harm’s way has the inherent right of self-defense,” Air Force Gen. John E. Hyten told reporters. “What that means is if we see a hostile act, if we see hostile intent, we have the right to respond, up to and including lethal force.”

Norquist said Trump was responding to Iran’s poor behavior.  “He is emphasizing and warning them about the challenges of what they will create,” the deputy secretary said. “I think it was a very useful thing that he put out, and I think it’s an important thing for other people to understand and take very seriously.”

Hyten emphasized that he thinks it is a good thing that the president warned an adversary. He said that if the Iranians want to go down that path, “we will come, and we will come large.”