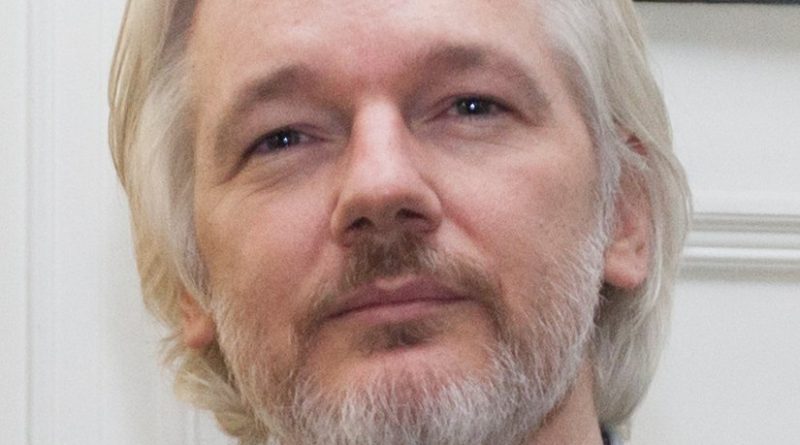 It had been, from the start, a cruel wait and see game. Lacking logic and consistency, the Swedish effort to extradite Julian Assange from the United Kingdom, not for formal charges but the pretext of questioning him over sexual assault and rape, collapsed on Friday.

The Director of Public Prosecutions Marianne Ny and Chief Prosecutor Ingrid Isgren, in a press conference in Stockholm, were doing their best not to have Assange have the last, grizzly laugh. Abandoning the investigation had been a logistical matter, as they had been unable to serve the Australian with allegations during an interview at the Ecuadorean embassy in November 2016.

It is worth pointing out that getting that interview had been a point of persistent refusal and stonewalling from the Swedish prosecutor’s office. Communications had also been repeatedly made by the WikiLeaks legal team that they were open to a video interview from the start.

Ny’s text, relayed to the Stockholm District Court, claimed in dryer language that it was “no longer possible to continue the preliminary investigation pursuant to Chapter 23, Section 4, second paragraph, of the Code of Judicial Procedure.” Keeping in mind “the facts and circumstances of the case, executing the decision to extradite him to Sweden is not expected to be possible in the foreseeable future.”[1]

When pressed about the issue of whether the US still had a thick and clumsy hand in matters, denial followed. At no point had figures in Washington applied pressure to the case. But Isgren and Ny did claim that an email from a figure claiming to work for the FBI was received in March inquiring about Assange, though both claimed it insufficiently clear to draw any conclusions from.

Indifferent to the inquiry, the prosecutor’s office simply referred the matter to information already available on the agency’s website. Showing the sort of care they have had to the entire process, the inquiring email was deleted.

Little wonder then, that Assange shot back, telling supporters and journalists that Sweden, and the European Union more broadly, had made indefinite detention a key policy. “There is no time limit that someone can be detained without charge. That is not how we expect a civilised state to behave.”

Professor Mads Andenæs, chair of the UN Working Group on arbitrary detention, claimed the collapse of the prosecution case “a victory for the rule of law. The warrant was contestable. There were dissents in both the UK and Swedish supreme courts.” Andenæs also noted that the UK Supreme Court had trouble with “several aspects of the extradition request.”[2] As had the UN Working Group itself, which found for Assange last year.

Within Sweden itself, the legal fraternity were also getting stroppy at the lethargic, asthmatic efforts to push the case. The Swedish Supreme Court had also issued a warning to prosecutors that they needed to speed up efforts or drop the case.

With haste and speculation, the Swedish exit from the Assange equation came with questions whether he would complement it with his own exit from the Ecuadorean embassy in London. “The European arrest no longer holds,” exclaimed Ecuador’s foreign minister Guillaume Long on Twitter. “The UK must now grant safe passage to Mr Julian Assange.” Nothing of the sort: a promise had been made by police that he would be arrested the moment he steps out.

The hook upon which to hang the case against Assange remains his decision to defy UK judicial opinion in June 2012, when he took refuge in the Ecuadorean embassy after the Supreme Court handed its final decision ordering his surrender to Sweden pursuant to the flawed European Arrest Warrant.

A statement from the Metropolitan Police dispelled any doubts: “Westminster Magistrates’ Court issued a warrant for the arrest of Julian Assange following him failing to surrender to the court on 29 June 2012.”[3] The Met were “obliged to execute that warrant should be he leave the Embassy.”

This keeps the geopolitical dimension relevant. Assange in the hands of the British authorities will be a far easier catch for US agents keen to pursue WikiLeaks on charges relating to the disclosure of classified material, despite the seemingly impregnable defences of the free speech amendment.

As Assange claimed in a grimly delivered press address from the balcony of the Ecuadorean embassy, looking every bit the modelled out information soldier, his detractors in the United States government have little interest in observing the first amendment freedoms for the press for WikiLeaks and its associates.

The Central Intelligence Agency’s Mike Pompeo has deemed WikiLeaks a “hostile non-state intelligence agency” which precludes conventional press protections. “We can no longer allow Assange and his colleagues the latitude to use free speech values against us. To give them the space to crush us with misappropriated secrets is a perversion of what our great Constitution stands for.”[4]

The continuing struggle, one between the guerrilla warriors of the information and transparency movement pitted against the abuses of the Deep State, will continue. As will the barnacle determination of Assange in occupying that little bit of Ecuador in Knightsbridge. “The proper war,” promised Assange, “is just commencing.”