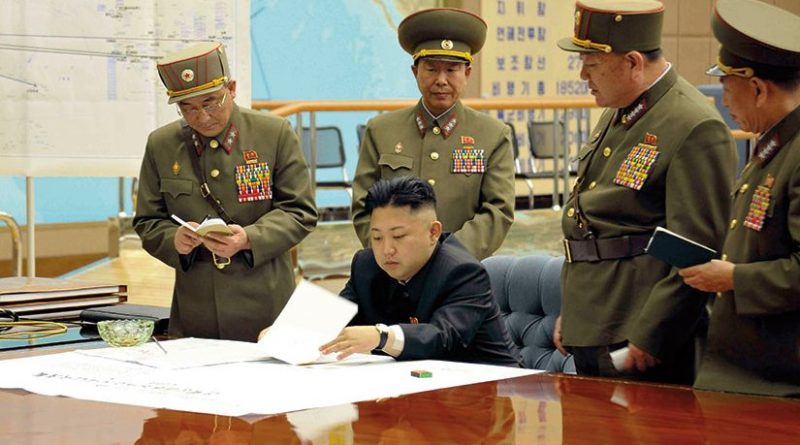 North Korea’s new intermediate-range ballistic missile was successfully tested on Sunday and should now be “rapidly” mass-produced, Kim Jong-un, the country’s supreme leader has said, according to state media.

The latest test confirmed the reliable late-stage guidance of the Pukguksong-2 missile’s warhead and the functioning of its solid-fuel engine, the KCNA state news agency said.

Kim Jong-un supervised the launch and expressed “great satisfaction” over its results.

“Now that its tactical and technical data met the requirements of the Party, this type of missile should be rapidly mass-produced in a serial way to arm the KPA (Korean People’s Army) Strategic Force,” Kim said, according to KCNA.

Kim was reportedly impressed by the images from a camera mounted on the missile during the test, saying that “it feels grand to look at the Earth from the rocket we launched and the entire world looks so beautiful.”

Sunday’s launch by North Korea was confirmed by the US and Japan. South Korea’s military said the missile flew 500 km, reaching an altitude of 560 km, before landing off Japan’s east coast and causing no damage.

Seoul also said the Pukguksong-2 missile used solid fuel, which is harder to produce than liquid fuel, but which is more stable and can be transported in the missile tank to allow for a swift launch.

The fresh North Korean test was again carried out in violation of UN Security Council (UNSC) resolutions. The UN measures are aimed at forcing Pyongyang to curb its nuclear and missile programs which are the major cause of escalating tensions in the region.

The United Nations Security Council condemned the launch on Monday and accused North Korea of “highly destabilizing behavior and flagrant and provocative defiance,” according to Reuters.

The UNSC is also due to hold a meeting behind closed doors on Tuesday at the request of the US, Japan and South Korea to discuss the North latest Korean launch.

Pyongyang has ignored all international pressure to stop the testing, saying, that it needs nuclear weapons to protect itself from an American invasion.

The North has been also trying to develop nuclear missiles, which will be able to carry nuclear loads to the US mainland.

KCNA said on Saturday that the country has achieved the capability of hitting Hawaii and Alaska after the test of the Hwasong-12 rocket a week ago.

However, Western experts dismissed those claims as exaggerated, saying such advances won’t be possible for the North at least until 2030.

US President Donald Trump has warned that a “major, major conflict” with North Korea is possible if Pyongyang won’t change its ways. Trump’s Secretary of State, Rex Tillerson, has vowed further economic and diplomatic pressure on Pyongyang.