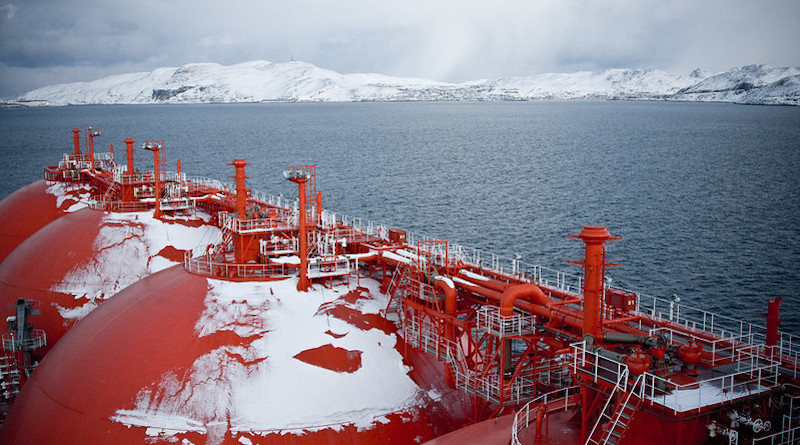 (EurActiv) — A group of eight EU countries from the Balkans and the east have joined forces to defend the “role of natural gas in a climate-neutral Europe”.

In a joint paper, the group of eight calls for “combined electricity – gas solutions” in the transition to net-zero emissions by 2050.

“A transition based solely on renewable energy sources does not consider the need for a diversified energy mix in the EU,” says the paper, obtained exclusively by EURACTIV.

The paper – titled “The role of natural gas in a climate-neutral Europe” – is signed by Bulgaria, Czech Republic, Greece, Hungary, Lithuania, Poland, Romania, and Slovakia.

It makes the case for fossil gas in the transition away from coal power, which is a dominant form of electricity in many eastern EU member states.

“When replacing solid fossil fuels, natural gas and other gaseous fuels such as bio-methane and decarbonised gases can reduce emissions significantly,” the paper argues.

The European Commission reckons that electricity will meet 53% of the bloc’s energy demand by 2050 as the bloc moves towards reducing emissions to net-zero.

That leaves at least 40% for other energy carriers such as gaseous fuels that Brussels says will have to be fully decarbonised in order to reach the EU’s stated goal of becoming climate neutral by 2050.

Natural gas has been a major driver of Europe’s rapid transition away from coal power and is also proving a valuable back-up for variable renewable electricity generation from wind and solar power.

But the gas industry is also positioning itself for the long-run, with plans to switch to biomethane and hydrogen, and use its established network of pipelines and caverns to store energy during winter when demand is highest.

“In the years to come, renewable and decarbonised gases will gradually replace natural gas, creating new opportunities for the industrial and energy sectors and reducing risks of a lock-in effect,” the eight countries write in the joint paper.

Eastern Europe’s backing for natural gas may sound surprising at first coming from a group of countries which have long been apprehensive of Russia’s dominance on EU gas markets.

However, gas markets have become much more liquid over the past decade, with more pipelines and trading hubs causing prices to fall and gas to flow more quickly where it’s needed, in large part thanks to EU funding.

Moreover, countries like Poland have cut deals with the US in order to diversify their gas supplies and wean themselves off their heavy reliance on Russia amid tensions with Moscow.

As Europe now moves towards net-zero emissions, the eight countries argue this infrastructure should be repurposed to carry low-carbon gas and enable decarbonisation at least cost.

“It is of crucial importance to maintain EU support and financial assistance for the development of gas infrastructure through enabling framework, structural funds and investment loans,” the group writes.

What Eastern EU countries now fear most is a lack of funding for new infrastructure projects, particularly in the wake of the COVID-19 crisis.

In November last year, the European Investment Bank (EIB) decided to cut funding for fossil fuel projects as of 2021, causing jitters in the industry and eastern EU countries.

“The discontinuation of support for further development of gas infrastructure contributing and enhancing the energy transition will make it very difficult for many member states to mobilise enough investment to cover massive needs for key energy infrastructure projects,” the eight countries say in the joint paper.

The European Commission has also argued against fossil gas, saying any financial support for infrastructure projects would be geared towards attaining the bloc’s zero-emission goal.

Some environmentalists are now urging the Commission to make a clean break and stop any kind of support for fossil gas infrastructure.

“Investing in gas pipelines to cut carbon emissions is like buying menthol cigarettes to stop smoking,” said Tara Connolly, a fossil-free campaigner for Friends of the Earth Europe.

“The science is clear – there is no room for polluting fossil gas in a 1.5C world. The EU must instead accelerate building renovations and invest in 100% renewable energy to cut emissions, create jobs, and avoid wasting billions of public money to fan the flames of the climate crisis,” Connolly said.

Others are more nuanced, however, saying the joint paper from the eight Eastern EU countries does not question the need to phase out fossil gas.

“The main thrust of the paper is to emphasise concerns over the speed, cost and feasibility of the transition,” said Andreas Graf from Agora Energiewende, a German think-tank.

According to him, concerns in Eastern EU countries about a lack of finance for infrastructure “are in part merited” due to “the rigid public lending and budget mainstreaming criteria on gas infrastructure favoured by some”.

At the same time, he said parts of the paper also “betray a gradualist logic on the decarbonisation of the gas sector” that could be incompatible with the EU’s goal of achieving climate-neutrality.

She also sees the eight-country paper as a sign that change is underway in coal-reliant eastern EU states.

“This paper suggests that countries across Europe start thinking about how to get ready for a world where we need to replace fossil gas. This is something we would not have expected a couple of years ago,” she said.