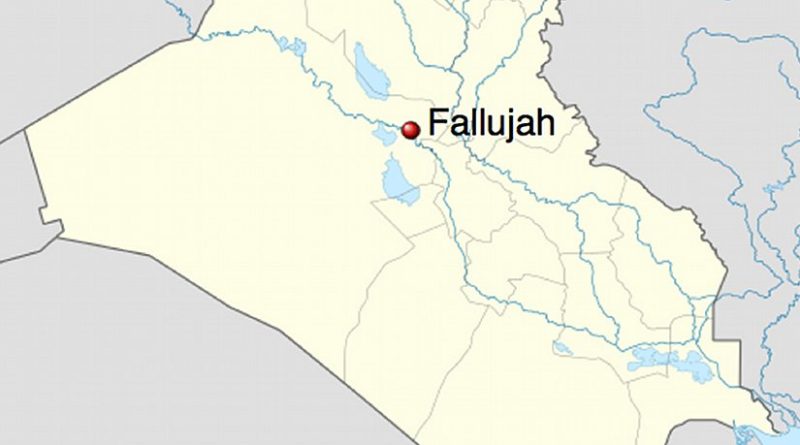 Lieutenant General Abdulwahab al-Saadi, the commander of Fallujah Liberation Operation, said on Monday there were between 3,500 and 4,000 Daesh militants in Fallujah, located some 69 kilometers (43 miles) west of the capital, Baghdad, when Iraqi government forces, backed by fighters from Popular Mobilization Units, launched a large-scale operation in late May to retake the city.

The Iraqi commander, who was speaking with al-Sumaria satellite television network late on Monday, noted that 15 percent of Daesh militants in Fallujah were foreign nationals.

He went on to say that 1,086 Daesh-affiliated suspects have also been arrested.

According to the Iraqi commanders, 80 percent of Fallujah is now under their control although some intermittent clashes are reported in northern parts of the city.

On Tuesday, Ariane Rummery, a spokeswoman for the United Nations High Commissioner for Refugees (UNHCR), said more than 85,000 people have fled Fallujah and surrounding areas ever since the operation to liberate the city began, noting that thousands more people “could still be planning to leave the city.”

“These escalating needs have pushed UNHCR funding into crisis levels. We are exhausting available resources in Iraq to deal with the rapid developments in Fallujah,” Rummery said.

Also on Wednesday, a security source, speaking on condition of anonymity, said Iraqi special forces have found 12 decapitated bodies of Daesh militants in the Second Zabat neighborhood of Fallujah.

On June 17, Iraqi forces managed to raise their national flag on the main government complex in Fallujah as they faced little resistance from the Daesh militants, who had lost their defenses there in the course of the weeks-long offensive.

Later in the day, Prime Minister Haider al-Abadi congratulated the nation on the liberation of Fallujah, saying there is no place for Daesh extremists in the country.

The northern and western parts of Iraq have been plagued by gruesome violence ever since Daesh extremists mounted an offensive in the country in June 2014.

Iraqi forces, backed by volunteer forces, have been pushing the militants out of the country’s territory.