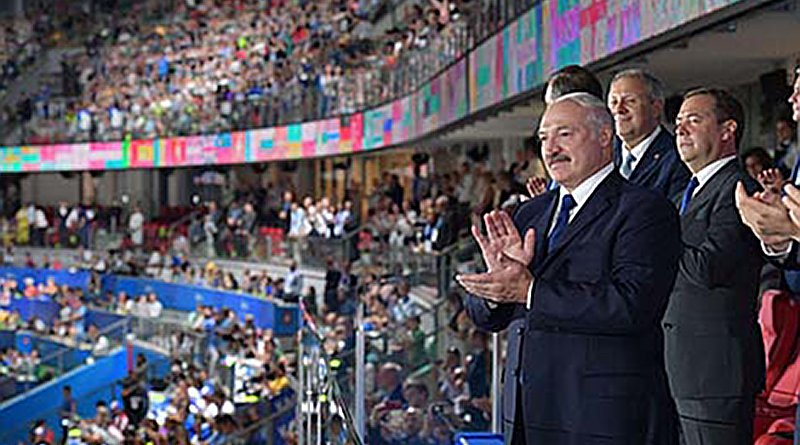 (RFE/RL) — Belarusian President Alyaksandr Lukashenka declared the second European Games open in his country’s capital as a “flame of peace” was lit and fireworks were fired from the top of Dinamo Stadium.

The opening ceremony included a tribute to the Belarusian-born artist Marc Chagall.

The opening of the first European Games — in Baku, Azerbaijan, in 2015 — featured singer Lady Gaga.

Winners in the archery, shooting, and table tennis competition will automatically qualify for the 2020 Summer Olympics in Tokyo. Several other events will offer qualifying points toward Tokyo.

The boxing, canoe sprint, judo, and badminton competitions will determine the official European Championships for each event.