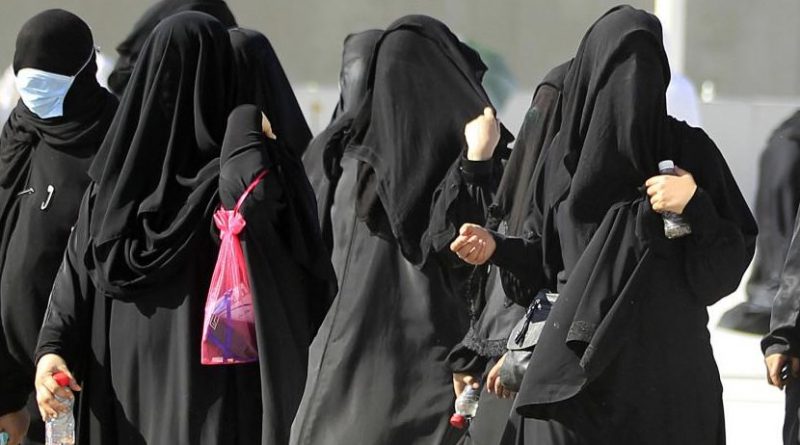 It also lays bare the pitfalls of his social reforms as well as his preference for hyper-nationalism rather than religion as the legitimizing ideology of his rule and his quest for control of every aspect of Saudi life.

In an indication that Prince Mohammed is walking a fine line, Saudi media reported that the government was still weighing how to implement the law almost two months after it was adopted.

“This (law) is an effort to balance the pressure from conservative elements of society that accuse the (government) of allowing things to go ‘out of control’. Effecting social change is an art form — you want to push as fast as possible without provoking a counter reaction. Not easy!” Ali Shihabi, founder of Arabia Foundation, a Washington-based, pro-Saudi think-tank, told Agence France-Presse.

The law comes on the back of a series of reforms in recent years that were designed to facilitate Prince Mohammed’s plans to streamline and diversify the Saudi economy and project the crown prince as a reformer.

The reforms included the lifting of a ban on women’s driving, relaxation of gender segregation, enhancement of women’s professional opportunities, the introduction of modern forms of entertainment and the curbing of the powers of the kingdom’s feared religious police.

Prince Mohammed also vowed to revert the inward-looking, ultra-conservative kingdom to a form of moderate Islam he claimed existed prior to the 1979 Iranian revolution.

Ultimately, Prince Mohammed’s short-lived reformist image was severely tarnished by the kingdom’s devastating war in Yemen;  the brutal killing of journalist Jamal Khashoggi; the mass arrest of clerics, activists, journalists and academics; his failure to lift the kingdom’s male guardianship system; and the mushrooming number of people fleeing the kingdom, including dissidents as well as women seeking to escape repressive and abusive families.

Sparking ridicule on social media, the new law defines limits of Prince Mohammed’s social reforms and creates one more anchor for his repression of any form of dissent.

The law bans men’s shorts except for on beaches and in sports clubs. It also bans garments with questionable prints that like shorts “offend public tastes.” It forbids the taking of pictures or use of phrases that might offend public decency as well as graffiti that could be interpreted as “harmful.”

The bans packages public decency as representing Saudi “values and principles” in a nod towards Prince Mohammed’s promotion of a hyper-nationalist Saudi identity.

Yet, various of its restrictions are more in line with the kingdom’s long-standing austere interpretation of Islam while others reinforce the crown prince’s repression of anything that does not amount to an endorsement of his rule or policies.

The restrictions on clothing and this month’s closure on opening night of the kingdom’s first-ever alcohol-free ‘Halal’ disco constitute an apparent effort to cater to ultra-conservatives who oppose liberalisation of gender segregation and public religious rituals such as the muted lifting of rules that force businesses to close during prayers times.

The reforms, while significant in and of themselves, stop short of dismantling what politics scholar Brandon Ives terms ‘religious institutionalism’ or the intertwining of religion and state through a “plethora of institutions, policies, and legal codes.”

Religious institutionalism complicates Prince Mohammed’s attempt to replace religious legitimization of his rule with hyper-nationalism because of its success in fusing religion with Saudi culture.

“Religion and culture are now so intertwined in what it means to be Saudi that it is hard to separate the two,” said Eman Alhussein, author of a just published European Council of Foreign Relations report on Saudi hyper-nationalism.

As a result, some nationalists have joined religious conservatives in calling for limitations on what is deemed acceptable entertainment and media content.

Ms. Alhussein noted that some online critics were cautioning that the promotion of hyper-nationalism stripped Saudis of their values in a manner that weakens their loyalty to the regime.

“Nationalism in this increasingly strident form could eventually become a Trojan horse that undermines the state,” Ms. Alhussein warned.

Nationalism’s double edge is enhanced, Ms. Alhussein went on to argue, by the undermining of the buffer function of the kingdom’s traditional religious establishment. “The state will now be more accountable for its credibility, and potentially much more exposed,” she said.

Prince Mohammed’s refusal to tackle religious institutionalism impacts not only his attempts at consolidation of his power but also his effort to project the kingdom as an enlightened 21st century state.

The crown prince, in a bid to alter the kingdom’s image and cut expenditure, has significantly reduced spending on a decades-long, US$100 billion campaign to globally promote anti-Shiite, anti-Iranian strands of ultra-conservative Sunni Islam.

Prince Mohammed has at the same time ordered state-controlled vehicles that once promoted religious ultra-conservativism to preach tolerance, mutual respect and inter-faith dialogue instead.

Mr. Ives’ analysis suggests, however, that the kingdom’s U-turn is unlikely to lead to a clean break with support abroad of ultra-conservatism without the dismantling of religious institutionalism.

He argues that the domestic pressure that persuades states such as Saudi Arabia and Iran to support co-religionist rebel groups beyond their borders is generated not by religious affinity but by religious institutionalism that creates a political role for religious forces.

Mr. Ives’ arguments appear to be borne out by continued Saudi support for Islamist militants in Balochistan, the Pakistani province that borders on Iran, as well as Algeria and Libya and propagation of non-violent expressions of an apolitical, quietist, and loyalist interpretation of Islam in countries like Kazakhstan.

In a private conversation last year with the Archbishop of Canterbury during a visit to Britain, Prince Mohammed reportedly put some flesh on the skeleton of his vision of moderate Islam.

When urged by the archbishop to allow non-Muslims to open places of worship in the kingdom, Prince Mohammed responded: “I could never allow that. This is the holy site of Islam, and it should stay as such.”