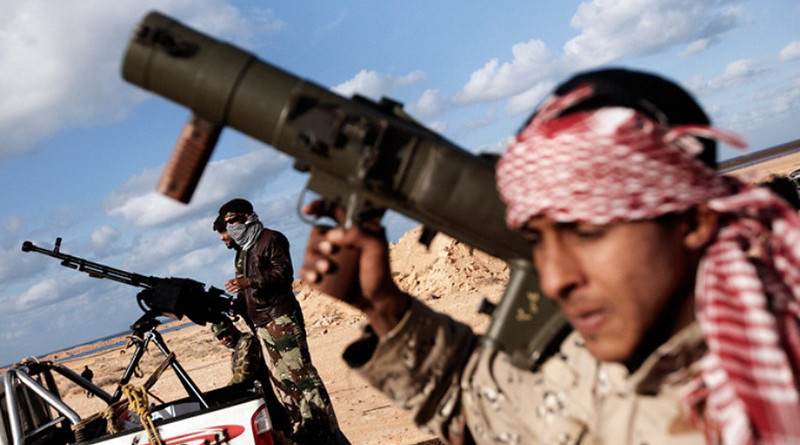 The United Nations Human Rights Council on June 22, 2020 took a positive step toward accountability by establishing a fact-finding body to investigate violations by all sides in Libya, Human Rights Watch said Monday.

The African Group at the Human Rights Council put forward a resolution during the council’s 43rd session asking  Michelle Bachelet, the UN High Commissioner for Human Rights, to immediately dispatch a fact-finding mission to investigate violations of international human rights law and international humanitarian law by all parties to the Libya conflict since the beginning of 2016. The request also included preserving evidence with a view to ensuring that  those responsible for abuses are held accountable. The resolution passed by consensus.

“The establishment of a fact finding mission into abuses in Libya is a wake-up call to warlords and armed groups that they could be held accountable for serious crimes committed by their rank and file,” said Eric Goldstein, acting Middle East and North Africa director at Human Rights Watch. “What’s important now is for countries at the Human Rights Council to ensure that this new body gets the necessary support and needed renewals after its initial one-year term to fulfill its mandate.”

Governance in Libya remains divided between the two entities engaged in an armed conflict since April 2019: the internationally recognized and Tripoli-based Government of National Accord (GNA) and the rival Interim Government based in eastern Libya and affiliated with the armed group known as the Libyan Arab Armed Forces (LAAF). The rival government has received military support from the United Arab Emirates, Jordan, Egypt, and Russia, and political support from France. It includes fighters from Sudan, Chad, Syria, and from a Kremlin-linked private military company. Turkey is the main military backer of the GNA, with fighters from Chad, Sudan, and Syria.

While armed confrontations in Tripoli, the Libyan capital, and surroundings ended on June 5, 2020 with the withdrawal of the LAAF and affiliates, the conflict remains ongoing in Sirte, 450 kilometers east of the capital, and other parts of the country. An arms embargo ordered by the UN Security Council in 2011 remains in force, but no parties have been sanctioned for violating it.

Human Rights Watch has documented violations of the laws of war by LAAF and its  foreign affiliates that include disproportionate and indiscriminate artillery, air strikes and drone strikes that killed and wounded hundreds of civilians and destroyed civilian infrastructure. Affiliated forces have also used internationally banned cluster munitions and landmines and boobytraps in Tripoli’s southern suburbs.

Human Rights Watch also documented torture, summary executions, and desecration of fighters’ corpses by these fighters. There are recent reports of the discovery of at least eight mass graves in Tarhouna, a town southeast of Tripoli, and other locations in the Tripoli outskirts with an unknown number of bodies. The GNA has confirmed reports of the discovery of at least 106 bodies in the general hospital of Tarhouna, some of whom could be victims of a war crime. Tarhouna was under the control of Al-Kani militia, the LAAF’s main western ally, until their withdrawal on June 5.

Groups aligned with the GNA also fall short of their obligations under international humanitarian law to protect civilians. They are responsible for indiscriminate shelling and strikes, and often have failed to ensure that there are no civilians near targeted military facilities. Since the GNA takeover of Tarhouna as the LAAF and its affiliates withdrew in early June,  there have been reports of looting and destruction of private property by GNA affiliated armed groups and ill treatment of detainees.

Human Rights Watch has documented the plight of several thousand detained migrants and asylum seekers held in inhumane conditions in detention facilities run by the GNA’s Interior Ministry and by smugglers and traffickers, where they are subjected to forced labor, beatings, and sexual assault.

Over the past years, Human Rights Watch has documented systematic and gross human rights and humanitarian law violations by armed groups on all sides, including torture and ill-treatment, rape and other acts of sexual violence, arbitrary arrests and detention, forced displacement, unlawful killings and enforced disappearances. Some of these crimes may amount to crimes against humanity.

Insufficient domestic and international efforts to ensure a measure of accountability for past and ongoing serious crimes in Libya have emboldened those engaged in the armed conflict to commit violations and abuses with impunity, Human Rights Watch said.

The UN Human Rights Council shut down an earlier Commission of Inquiry on Libya in 2012. The high commissioner for human rights at the time  established another investigation on Libya in March 2015. That investigation concluded its work in January 2016.

The International Criminal Court (ICC), which has a mandate to investigate war crimes, crimes against humanity, and genocide in Libya since 2011, issued a warrant in 2017 and another one in 2018 for the arrest of Mahmoud El-Werfalli, an LAAF commander who remains at large. He should be immediately surrendered to the ICC. There have been no other public warrants for crimes committed after 2011. The newly established fact-finding mission should cooperate with the ICC on its ongoing investigations.

“The new investigation is a significant step toward addressing the total impunity for violations and abuses in Libya,” Goldstein said. “While it has a tall order to fill, it should strive to identify those responsible for violations, including external actors, preserve evidence where possible for future criminal proceedings, and publicly report on the human rights situation in Libya.”