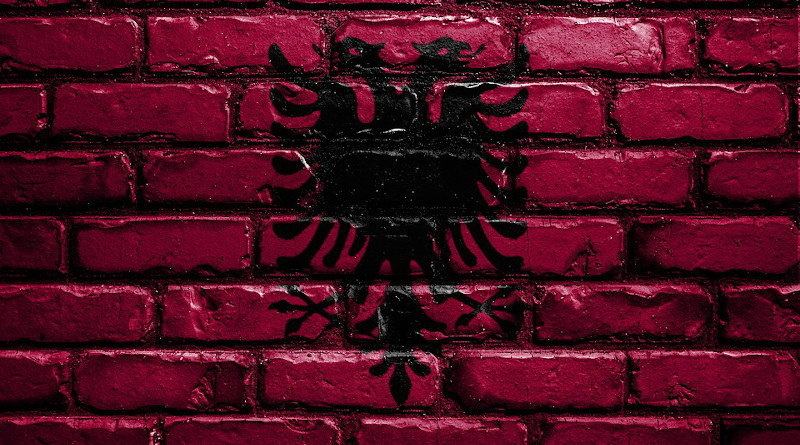 The Republic of Albania is experiencing a rather deep and complex crisis. This crisis has already been clearly identified by the main European organizations that are dealing with Albania. European organizations are capillary vessels that are closely connected by values, principles, norms, and institutions. They are based on parliamentary democracy, political pluralism, the rule of law and ensuring the separation and balance of powers, good governance, human rights, and a free market economy.

Lately, the entire organizations of Europe, including the OSCE / ODIHR (Office for Democratic Institutions and Human Rights), the Council of Europe’s Venice Commission and the European Union Parliament, have allocated Albania in a critical focus under the European capillary examination. A myriad of criticisms ensued as a straightforward statement, in the form of opinion editorials or as a set of recommendations. However, regardless of their form, in their essence – criticism, opinions or recommendations – clearly express the serious fundamental problem of Albania, that the country must face to accomplish the aspiration of all Albanians; to make Albania a member of the European Union.

Venice Commission on the elections of June 30th, and the Constitutional Court

The Venice Commission otherwise known as the ‘European Commission of Democracy through Law’ is an advisory body to the Council of Europe, comprised of independent experts in the field of constitutional law. This body was established in 1990, after the fall of the Berlin Wall, to assist in shaping constitutional laws all countries in Central and Eastern Europe.

From its location, it is known as the Venice Commission (VC). The main task of VC is to assist and advise individual nations in order to improve their functioning of democratic institutions and the protection of human rights. Another task of the VC is in the field of elections, national referendums and political parties, led by the Council for Democratic Elections; which consists of representatives of the Commission as well as the Parliamentary Assembly and the Congress of Local and Regional Authorities of the Council of Europe. And, finally, another branch of the Venice Commission’s activities – expertise – is related to the constitutional courts and their equivalent judicial bodies.

Albania is one of the countries that has received a constant assistance and advice from the Venice Commission in all abovementioned areas. Since 2019, the Venice Commission has been asked for an advisory opinion from Albania regarding President Ilir Meta’s signed decrees on the June 30th, 2019 local elections; about the parliamentary procedure for the impeachment of President Meta; about appointment of the Constitutional Court members; as well as the Anti-Defamation Act for online media.

Regarding the first two requests, the elections of June 30th, 2019 and the Constitutional Court, the Commission gave its preliminary opinion in September 2019 and the final opinion on all issues in June 2020. As noted by many local and international analysts, as never before, the final opinion of the VC about Albania in June 2020 underwent substantial changes while compared to its previous draft published in September 2019.

Concerning the June 30th, 2019 elections, the essence of this important change rests in the assessment of the Venice Commission, according to which the President of the Republic Meta has not violated the Constitution and has not exceeded his constitutional powers. With his actions, attitude and public statements, the President of the Republic of Albania Mr. Ilir Meta, had a legitimate objective, that intended to avoid bloodshed, protect political pluralism, maintain stability and the democratic reputation of the country. President Meta has respected the spirit and scope of the National Constitution because the constitutional powers of the President are not formal. On the other hand, the President’s decrees are in force and were not challenged before any court. Also, it should be noted that the parliamentary elections have a higher constitutional status than the local elections.

Consequently, VC also clarified its position regarding the decision of the parliamentary majority to open the procedure for the dismissal of President Meta. The Commission in point (99) of the Final Opinion clarifies that is the National Assembly and finally the Constitutional Court that will decide “whether the violation is of a serious nature, that would allow for the dismissal of the President…Moreover, the Venice Commission emphasizes that even if the President’s actions can be considered a violation of the Constitution, they cannot be serious enough to demand his dismissal”.

Explicitly, regarding these actions VC states in relation to the attitude and decisions of President Meta, in point (101), where he states that “Bringing together these actions does not meet the standards required to create the conditions for a serious request such as the president’s dismissal.”

Regarding to the final opinion of the Constitutional Court and the procedure for the election and swearing in of its members, the Venice Commission has given a clear, unequivocal opinion, according to which there have been serious procedural violations by the ruling majority to apprehend this high judicial body, by removing the rights of the President for the appointment of the members of the Constitutional Court as well as for the swearing in ceremony of the members of this Court before the Head of State, under the principles of check and balance and the independence of powers.

Such a violation committed by the ruling majority has left the country without a Constitutional Court for a long time, that has created a vacuum, therefore taken advantage and abused by the majority and the government to take legal actions and anti-constitutional executive decisions, that are seriously hindering Albania’s path towards the European Union.

With its final opinion, the Venice Commission unequivocally proved the intention of the ruling majority (Socialist Party of Albania) and the government to capture every segment of the judiciary, deviating from the principles and procedures of the constitutional reform for justice approved in 2016.  The aim of the majority and the government has always been to ‘kidnap the President’s constitutional right to appoint members to the Constitutional Court, through the KED Council of Appointments in the Judiciary (KED) and its leader. Also, through a special decision, Edi Rama’s majority and kakistocracy – supported by George Soros – aimed to snatch the President’s role in swearing in the newly appointed members of the Constitutional Court. Under Rama’s guidance, the newly appointed members of the Constitutional Court can simply conduct an official swearing – in ceremony next to the shores of Tirana’s Lana River.

Today, without a doubt President Ilir Meta has the historical merit of standing up in defense of the Constitution and not succumbing to the pressure from the majority and Edi Rama’s government to capture the Constitutional Court. It is the first time since 2018 that an international organization has attacked Tirana’s justice reform, identifying and accusing Albania for failing to enforce the constitutional order, noticing serious violations of the National Constitution.

These findings of the Venice Commission are criticisms that fall simultaneously upon the majority, the Albanian Government run by Edi Rama, but also ruffle feathers of the diplomatic representatives of the USA and the EU in Tirana together with their missions of OPTAD and EURALIUS that are assisting and ensuring a fair implementation of the justice reform in Albania.

Venice Commission on the law of Online Media

In the recent opinions of the Venice Commission about Albania, there has been elaborated the Anti-Defamation Law for the Media, sponsored by the majority in Albania. Previously, President Meta did not ratify this law, considering it a violation of fundamental human rights and freedoms for free expression of opinion.

The ‘Anti-Defamation’ legal package, or more precisely the censorship of online media, has become a strong topic of political, public and media debate in the country. Consequently, the revision of this law, which the government must fulfil, is listed as one of the basic requirements for the opening of Albania’s negotiations with the EU. The ruling majority has not complied with European standards. So far, Edi Rama’s government has tried to approve the plan that adopts the censorship law, transforming the Audiovisual Media Authority (AMA) and the Supervisory Board of the Albanian Radio Television (AKEP) into his party’s structures in charge of online media control, through its corrupt appointments’ practice.

The government’s game until recently is twofold, on the one hand it pretends to be satisfied with the decision of the Venice Commission, which overturned its censorship law, on the other hand it continues to insist on keeping its subordinates in the upcoming career race for the head of AMA. In the media censorship law, AMA is the responsible institution that decides to close an online news website, particularly when media outlets address the rampant corruption affairs led by the current government, its members, and leaders.  About this law, the Venice Commission spoke clearly against the government’s media package. The commission outlined three basic principles: 1. the ‘anti-defamation’ package openly jeopardizes the freedom of media and expression; 2. the ‘anti-defamation’ package should not go hand in hand with changes made by the government’; 3. the Government must support a self-regulatory mechanism with the participation of all parties. The Commission further states that “New powers should not be given to the AMA and AKEP, without first ensuring that they are sufficiently independent from political parties, large media businesses and the interests of affiliated corporations with politics”.

In an environment of a hybrid democracy, including Albania, online media remains the main source of information for the Albanian public, the most reliable source of transparency and is the most investigative media that tackles the corrupt and criminal affairs of Edi Rama’s government in the country.

The opinion of VC against the censorship law is clearly in the spirit of President Meta’s stance in not approving this law package.  The legal justification for not proclaiming it is the right course of action. Analyzing the final opinion of the Venice Commission, President Ilir Meta stated that he “regrets that for over four months precious energy was wasted, all these efforts should have been focused towards Albania’s European integration and the long-awaited decision to open EU membership negotiations.”

This essay was translated from Albanian Language by: Peter Marko Tase

Home » The Venice Commission On Albania: Elections, Constitutional Court, And The Media – OpEd