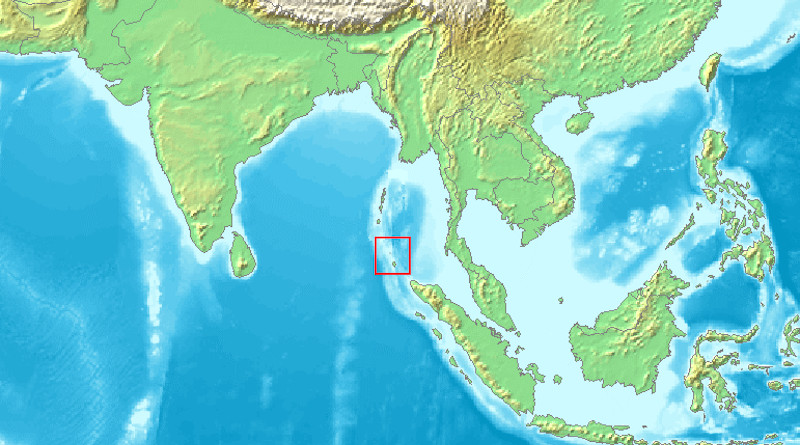 India’s Great Nicobar Island in the Andaman Sea is barely 163 km from the Sabang district of Indonesia’s Aceh province. The geographical proximity of these two large democracies and their strategic locations in the Indian Ocean make them natural partners for maritime security. The leaders of both countries are invested in a shared vision for the Indo-Pacific.

While defence cooperation has garnered most bilateral attention, there is still greater scope for exploration in this domain, particularly as it pertains to defence industry. This will in turn aid greater synchronicity on the Indo-Pacific.

The bilateral diplomatic relationship was established in 1951, and upgraded to a Comprehensive Strategic Partnership in 2018. Under the Biennial Defence Ministers’ Dialogue, the Indian and Indonesian defence ministers have so far met twice, in 2012 and 2018. The Joint Defence Cooperation Committee has been active since 2007. The secretary general of the Indonesian Defence Ministry and Indian defence secretary have engaged in annual meetings under its aegis. The India-Indonesia Coordinated Patrol (IND-INDO CORPAT) in the Andaman Sea has been conducted 33 times since 2002.

Despite robust defence diplomacy, business in defence products between the two countries has been limited. India’s ongoing attempt to boost defence production and export and Indonesia’s increasing focus on essential defence imports opens up space for further bilateral collaboration.

India’s defence production and export priorities were recently enunciated at the February 2020 DefExpo, where PM Modi announced his government’s target of increasing arms exports to US$ 5 billion over the next five years. This was followed by the finance minister’s announcement of a hike in India’s foreign direct investment (FDI) cap in defence production under the automatic route from 49 per cent to 74 per cent. In May 2020, India entered the list of global arms exporters at number 23, with a focus on encouraging future weapons sales abroad.

Indonesia is attempting to modernise its defence system in collaboration with principal manufacturers such as the UAE, China, and Russia. This builds on its 2015 Defence White Paper which talked about a budgetary increase to one per cent of GDP and more in the next decade to achieve essential defence capability. The country’s defence budget for 2020 is US$ 9.26 billion, of which approximately 30 per cent has been allocated to procurement. Recent developments suggest a 21 per cent increase in the defence budget for 2021, resulting in an approximate total of US$ 10.4 billion at the disposal of the Defence Ministry by next year.

On his visit to Indonesia in 2018, PM Modi, and Indonesian President Joko Widodo, took note of progress in the joint production of military equipment. Both leaders acknowledged the potential of this cooperation, and directed officials to take appropriate action.

Indian naval systems like anti-submarine warfare (ASW) corvettes and advanced offshore patrol vessels (AOPV) could be of interest to Indonesia given its significant—and the world’s third longest—coastline. New Delhi could also assist Jakarta’s attempts to strengthen and expand military bases in the South China Sea’s (SCS) Natuna region, which is vulnerable to Chinese incursions.

India and Indonesia have both emphasised greater self-reliance in their respective defence sectors. Indian Defence Minister Rajnath Singh has urged the Defence Research and Development Organisation (DRDO) to focus on R&D in the field of critical defence technologies. In Indonesia, a Defence Ministry press release called for synergy between military, government, and defence industry to boost domestic production.

Strategic analysis in both countries has outlined the need for state investment in military R&D, and highlighted the collaboration potential of joint R&D in missile technology and UAVs. This focus on self-reliance creates mutually beneficial opportunities for further bilateral collaboration on information and equipment-sharing, collaborative R&D, private joint ventures, etc.

India has allowed a great degree of technology transfer to private manufacturing firms, which sits well with Indonesian preferences for arms deals. Jakarta is looking at loan options to finance plans for arms acquisitions—India can be helpful in this context given its extension of Lines of Credit to buy essential defence items, like the US$ 500 million to Vietnam in 2016.

Indonesia’s Coordinating Minister for Maritime Affairs, Luhut Panjaitan, on his 2018 trip to India, suggested closer India-Indonesia cooperation as “important for balance of power in the region.” A stronger defence relationship will bring greater synchronicity to New Delhi and Jakarta’s regional objectives and their agenda for the Indo-Pacific. In the big picture, it is crucial to maintain and expand these links between India and Southeast Asia as maritime geopolitical competition between big powers intensifies.