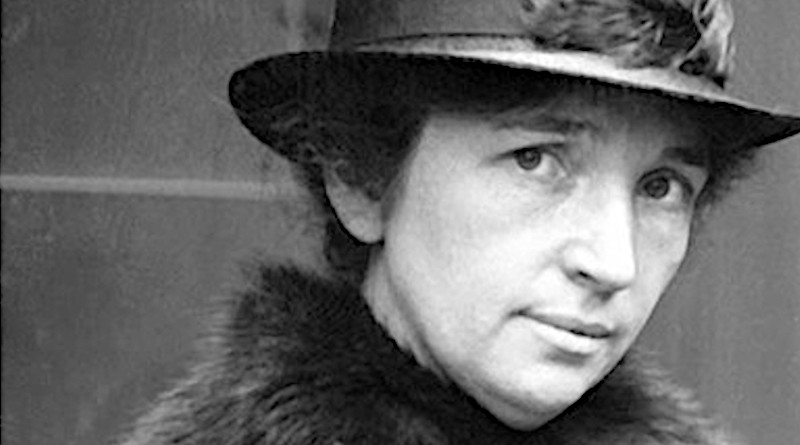 The founder of Planned Parenthood, Margaret Sanger, was a notorious racist and anti-Catholic bigot, yet this never stopped the organization from defending her until now. Indeed, I once clashed on TV with a Planned Parenthood official who denied Sanger was a racist. Now the abortion-happy institution has come clean and is admitting the obvious.

In fact, the New York-based abortion mill is removing Sanger’s name from its building (her name from local streets in Greenwich Village may also be removed).

With rare exception, the removal of tributes to historic leaders from public spaces should be resisted. This certainly includes Margaret Sanger. By removing her name from public association with the organization she founded, Planned Parenthood is trying to erase its bigoted and bloody history, one which continues to this day.

Regarding its current record, Rev. Dean Nelson, a black minister who directs Human Coalition Action, notes that “nearly 80 percent of Planned Parenthood’s surgical abortion facilities [are] located within walking distance of Black neighborhoods.” This is not by accident: It is being faithful to the aspirations of Margaret Sanger, a position shared by Planned Parenthood officials today.

Planned Parenthood is finally saying that there is “overwhelming evidence for Sanger’s deep belief in eugenic ideology.” No matter, Sanger’s biographer, Ellen Chesler, claims we are not being fair to her heroine, saying her views have been misinterpreted. Really?

Was Planned Parenthood misinterpreted when it wrote of the necessity of weeding out the “undesirables,” meaning African Americans? “Many of the colored citizens are fine specimens of humanity,” it boasted in 1932. “A good share of them, however, constitute a large percentage of Kalamazoo’s human scrap pile.” A year later Hitler rose to power and wasted no time launching his eugenics program.

In vivid contrast to the eugenics policies adopted by Planned Parenthood and the Nazis was the enlightened perspective of Pope Pius XII. “Can it be licit, by order of the public authority,” he said in 1940, “to kill directly those who, although they have not committed any crime deserving of death, still, because of their physical or psychic defects, cannot be useful to the nation and might be a weight for it and, it is reckoned, might be an impediment for its vigor and strength? No, because it is contrary to the natural law and the divine precept.”

It is nice to know that 80 years later, Planned Parenthood is finally catching up to the wisdom of the Catholic Church, even if its reasoning is politically motivated. If it were principled, it would embrace natural law, but if it did it would have to go out of business.

Planned Parenthood has more work to do. It now needs to address its anti-Catholic legacy. Chesler wrote that Sanger was “rabidly anti-Catholic as she grew older.” It is time for the abortion behemoth to make a public statement denouncing Sanger’s anti-Catholicism.

Planned Parenthood’s historic racism, and its monistic fixation on aborting black babies, needs to be taught in the schools, starting this fall. Its despicable legacy must never be erased.

Let Planned Parenthood know that it must now address its history of anti-Catholicism.

Home » Planned Parenthood Tries To Erase Its Past – OpEd