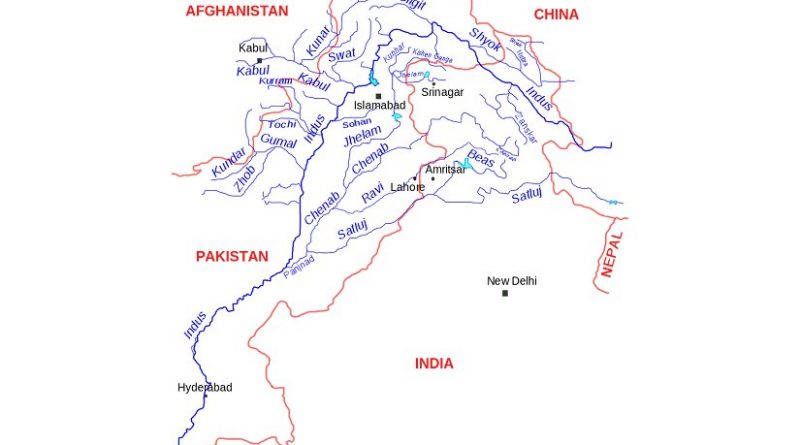 The politics of South Asia has always been marked by the rivalry between India and Pakistan — whether it is an Arms Race or Water Politics, the rivalry has been between the enduring rival nuclear states.

This rivalry is rooted in the division of the subcontinent after the departure of British from the Region in 1947. Since then the region is in danger of becoming a War Theater between India and Pakistan, with China playing a silent role in the conflict. For instance, the war of 1965, between India and Pakistan prolonged because of the Chinese support to Pakistan. Moreover, the Indus Water dispute between Pakistan and India in the 1950s was marked by the China’s swinging role with its unconditional support to Pakistan. In this regard, it is a conspicuous fact that China has always been at the center stage of regional dispute between Pakistan and India.

On the contrary, if we analyze the role of China during the Cold War, especially after its diplomatic and ideological rift with the Soviet Union in 1955, we can see that China has aspired to dominate the two pieces of the Big Cake — South Asia and South East Asia not only ideologically, but also strategically. That said, there were  many countries in the East Asian Region that refused to follow the Chinese path by aligning themselves with the United States, i.e. Singapore, Indonesia and Malaysia. Neverthelss, China remained set on dominating South Asian politics through its close cooperation with the Islamic Republic of Pakistan. There can be multiple reasons for this cooperation, chief perhaps being the goal of curbing the Indian Influence in the region. Indeed, the painstaking point of this cooperation is China’s ambition to become the regional power at the expense of the escalated rivalry between India and Pakistan, either in form of the water dispute, the Kashmir issue or the nuclear arms race.

For decades, the Indus River has been an issue of contention between both India and Pakistan. But more recently, the river now stands at the center of a water conflict between the two South Asian neighbors, which threatens to escalate into violence. Is a water war between India and Pakistan imminent, and what is China’s role? Since partition in 1947, Pakistan and India have fought four wars: in 1947, 1965, 1971 (separation of East Pakistan) as well as the 1999 Kargil war.

Apart from the 1971 conflict, which involved rising tensions in East Pakistan, the other wars were fought because of the Kashmir issue. India and Pakistan are again on the verge vicious dispute over the issue of water-sharing. Pakistan has objected to India constructing dams on the Neelum River, which is known as Kishanganga in India—the construction is illegitimate according to Indus Water Treaty. While the dispute is only the latest in a long list of such disputes, it is the first to be referred to international arbitration under the 50-year old Indus Water Treaty (IWT), marking an escalation in the race to take control of the Indus River.

Pakistan has raised legal reservations to a number of controversial projects under construction by India in Kashmir in the past, including the Baglihar project on the Chenab River and the Wullar Barrage on the Jhelum River. But the Kishanganga dispute assumes a greater significance because Pakistan is also striving to construct its own project – the Neelum-Jhelum hydro scheme – on the Pakistani side of the Neelum River. The IWT states that the country that completes its project first will secure priority rights to the river.

India has fast-tracked hydropower projects worth $15 billion in India-held Kashmir. Pakistan has opposed some of these projects before, in the legal context of World Bank-mediated treaty on the sharing of the Indus river and its tributaries upon which 80pc of its irrigated agriculture depends.

Moreover, India has suspended its interaction with Indus Water Commissioners of India and Pakistan. India has been ignorant towards coordination and cooperation, because of its ulterior motives about the its future position in the basin. On the other hand, China has also been blocking some water because of its construction of hydro-power projects. The move from China comes right after the week of the planned Indus deliberations. The Sutlej river originates in China in the Kailas mountain range and near the source of the rivers Indus, Ganges, and Brahmaputra. The river is 1,536 km long and has an area of 75,369 square km, of which 70 percent is in India.

What is Indus Water Treaty?

The Indus Waters Pact was signed in 1960 through a deliberate negotiation for almost a decade between India and Pakistan with the help of the World Bank, which is a guarantor and signatory. The negotiations were the initiative of former World Bank President Eugene Black. Seen as one of the most successful international treaties, it has survived frequent tensions, including conflict, and has provided a framework for irrigation and hydro-power development for more than half a century. Former U.S. President Dwight Eisenhower described it as “one bright (spot) in a very depressing world picture that we see so often.”

How the Treaty Works?

Basically, the Treaty set terms and conditions for the cooperation and exchange between two countries about their use of Indus Rivers, known as the permanent Indus Commission, which has appointed Commissioner for each Country. The treaty has also defined terms and conditions for the use of Indus Waters. But the issue will always have resolved by the neutral Third Party, such as Arbitrary Courts. Moreover, the world bank role is limited regarding the resolution of disputes between both Countries. And, the case will escalate if the issue engulfed the context of alliances and Cooperation with majors as China always sided with Pakistan during the crisis with India.

Incongruity between India and Pakistan

The major disagreement between both countries is mainly about the illegal construction of Dams on the Indus rivers. In contrast, Pakistan objects the construction of the Kishenganga (330 megawatts) and Ratle (850 megawatts) hydroelectric power plants being built by India but the world bank has no connection to the construction in terms of funding. According to Pakistan, India is violating the terms and conditions devised by the Indus Water Commission because the major plants correspondingly a tributary of the Jhelum and the Chenab Rivers. The Treaty designates these two rivers as well as the Indus as the “Western Rivers” to which Pakistan has unrestricted use. In term of the use of rivers, the Indus water treaty will facilitate each country on these rivers with the detailed postulates of the Treaty. Moreover, the water quality of the Indus river and its tributaries is first-rate. The Pakistan Water Partnership in its report, Framework for Action for Achieving the Pakistan Water Vision-2025, mentions that total dissolved solids (TDS) in the river range between 60-374 ppm (parts per million), which makes it safe for multiple uses. In addition, the basin covers an extensive groundwater aquifer, encompassing a total area of 16.2 million hectares upon which the livelihood of 300 million people subsists.

The south Asian region is important for the maintenance of the global peace because it houses three major Nuclear Powers at its disposal. Though the disputes exist in multi-dimensional way, the escalated rivalry might have flung the region into political and geographical chaos. Therefore, the two nuclear powers, India and Pakistan, must cooperate on legal terms and conditions for the resolution disputes.

As John Briscoe, author of the famous research paper “Troubled Waters: Can a Bridge Be Built over the Indus?” in which he suggested the cooperation between both countries in both dam construction and use of Indus water. He also iterated about the joint operating rules on Indian dams that would benefit Pakistan. In this regard, the Indus Basin can present a mutual benefit yield for all the countries in the region including China, which has so far played a silent assassin role in the Indus water dispute. If this doesn’t happen, the Indus waters could become the primary cause of a future theater of war in South Asia.

*Shahzada Rahim is a student at International Islamic University, Pakistan, pursuing a Masters in Politics and International Studies with interests in writing on history, current affairs, geopolitics and the international political economy.

One thought on “Indus Water Dispute: China’s Silent Role And Threat Of Future Theater Of War In South Asia – OpEd”