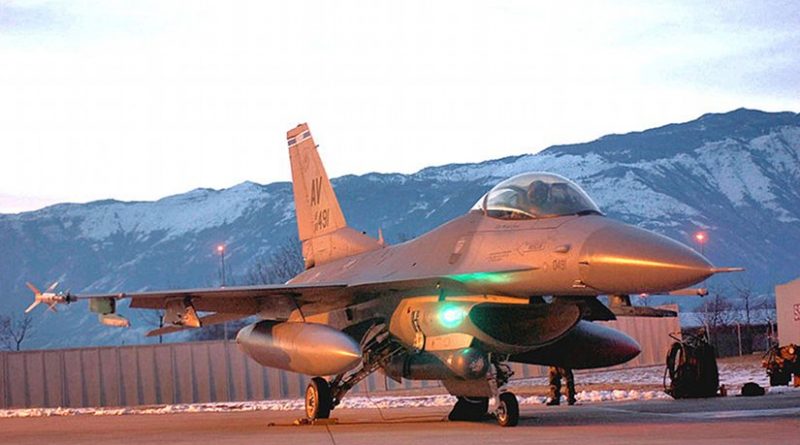 A computer program easily beat a top U.S. fighter pilot in five rounds of simulated F-16 flight combat during a competition intended to spur the development of artificial intelligence that helps pilots during aerial dogfights.

The AI program won all five rounds in under two minutes, showing the technology’s promise.

The “AlphaDogFight Trials” were sponsored by the Pentagon’s Defense Advanced Research Projects Agency, more commonly known as DARPA, which is exploring the use of AI for a variety of military applications. DARPA played a key role in developing the Internet and has focused on encouraging AI in recent years.

The agency helped stimulate the development of self-driving cars with a series of obstacle course challenges starting in 2004. More recently, it helped develop an autonomous ship that sailed from San Diego to Hawaii without human intervention.

In the simulated dogfight, the F-16 aircraft—one piloted by an Air Force officer who went by the name “Banger” and another by AI—exceeded speeds of 500 miles per hour and pulled 9 Gs as they twisted and turned through the virtual airspace. Each craft was armed with essentially a laser beam that simulated the use of machine guns.

The combat appeared on a video screen with small blips for each aircraft. The human pilot wore a virtual reality headset that gave him a view of the combat as if he were in the cockpit of a real plane.

Although technology scored a resounding victory, the controlled conditions of the F-16 simulation doesn’t mean that the program could have beaten a human in real combat. Col. Daniel “Animal” Javorsek, who oversees the AI piloting program at DARPA, said the results come with “plenty of caveats and disclaimers.”