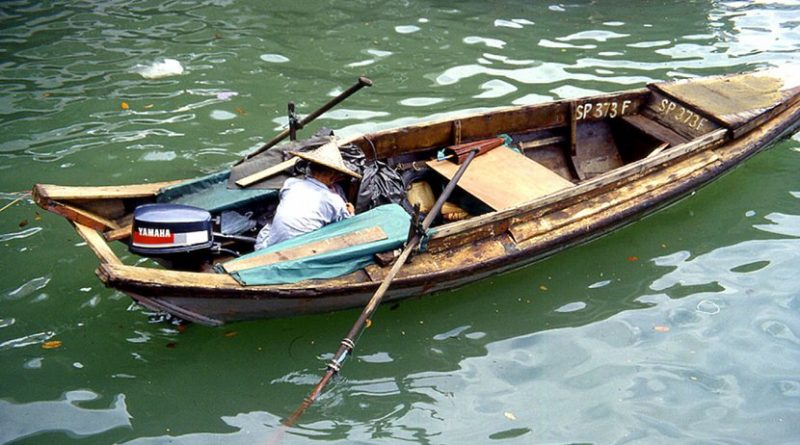 Singapore, which has engaged in social engineering to create a level of affluence far above its regional neighbors, today is confronted with a rapidly-aging population that has eroded the cradle-to-grave vision of its founders and threatens what has been called the “Singapore dream.”

With the elderly coming to be seen more as a burden rather than an integral part of the dream, and with the country’s acclaimed Central Provident Fund, or CPF, no longer meeting their needs fully, it is also an issue that the dominant People’s Action Party must face. The party suffered its second-worst showing in its 61-year history in power in July elections, winning only 61.2 percent of the vote but returning to power with 83 of the 93 seats, or 89.25 percent, a demonstration of the government’s skill in drawing district lines to protect itself.

With 10.89 percent of the population now over age 65 and 27 percent expected to be over 65 by 2030, the thought of retirement is bringing anxiety to more than 60 percent who worry that they are unprepared. The elderly dependency ratio is 18, the highest within the 10-member Association of Southeast Asian Nations and rapidly reaching the same levels as many European countries, with aging exceeding replacement fertility since 1975, a phenomenon that has nagged planners for decades as a shrinking workforce struggles to support an aging population. In addition, life expectancy is lengthening, with retirees now often living well into their 90s.

According to the World Bank, Singapore at 83 years joins several other nations behind Hong Kong (85) and Japan (84) to rank among the longest-lived people in the world, It is a remarkable climb from the average mortality rate of 65.66 years in 1960.

With the average Singapore salary at S$5,900 (US$4,297)  per month, however, the mean salary is only S$5,370, meaning half of Singapore’s wage earners actually earn less than that on a monthly basis. Consequently, very few Singaporeans are really able to put themselves in a position of financial independence for retirement, being forced to take on marginal jobs as cleaners, waiters, Grabfood or FoodPanda delivery riders, or collect cardboard and/or plastic bottles for meagre incomes. There is no protection accorded to them due to no minimum wages enshrined in regulation, and part time gig economy work is extremely competitive.

Transition to senior demographic and retirement issues is the Achilles-heel of society today. In addition to the hopefully temporary crisis of the Covid-19 pandemic, citizens face rising cost of living and healthcare costs, and increasing cost of utilities. It is one of the most expensive cities in the world to live in. Retirees within the community are anxious about a GST increase, scheduled within the next couple of years, which would further erode the purchasing power of their savings.

Eighty percent of Singaporeans live in HDB accommodation, with private freehold properties out of the financial reach of most. Many retirees want to realize their property asset and downsize to smaller apartments and make a capital gain. However, the issue of 99-year leases where an apartment is midway through the lease period will potentially yield a depreciating value, rather than a capital gain. Banks are reluctant to provide potential buyers loans on properties with less than 35 years left on their lease. These properties older, without much buyer appeal and mostly only suitable for meager rental income. Thus, in many retiree cases, any downsizing won’t boost any retirement nest eggs in any major way.

The Selective En-bloc Redevelopment Scheme (SERS), which has the objective of moving people from old to newer real estates, if offered to nearing retirees, may actually cost money. Anyone nearing retirement must buy a new unit at market rate less a substantial discount of 40-50 percent, which still may require a gap payment. Participating in this scheme may force the retiree to deplete needed CPF monies, or even force the taking out of a short-term bank loan.

Some retirees opt to stay with their children. The number of households with at least one member aged 65 or older has increased from 192,800 in 2000, to 401,800 in 2017. According to a Ministry of Social and Family Welfare (MFS) survey of social attitudes in 2016, the majority of respondents indicated that they would turn to family for physical, financial, and emotional support after retirement.

Although children are legally compelled in Singapore to assist parents through the Maintenance of Parents Act, there is still a general positive attitude by children to support parents. However, the feeling of responsibility is changing, particularly where children are already financially stressed caring for their own children and paying their own commitments. The wife’s role as traditional family carer at home is long gone with the need for both parents to work to meet financial commitments.

Thus, home caring for those with any disabilities is not possible. In addition, many retirees wish to live independent lives if possible, and don’t believe they should be a financial burden for their children. There are also numerous instances where parent-child-in-law interpersonal relationships are strained, where the parent as a retiree living with family leading to friction and despair.

There are cases of children mistreating their parents and parents-in-law. Some involve verbal and physical abuse. Other cases involve parents being deprived of necessary medical care. Some have stripped their parent of their home and savings. Cases of elder abuse have been on the rise in Singapore with 127 reported cases last year. While some elders are able to protect themselves from abuse, many are vulnerable to emotional abuse and blackmail, remaining undetected outside family units.

Some seniors will need some form of disability care during the latter parts of their retirement. A new insurance scheme, CareShield Life, is now compulsory for those over 30 years old. However, CareShield Life may provide S$ 600 to a maximum S$1,200 per month in payments for disability care for a period of five to six years, leaving retirees and their families with substantial shortfalls.

The scheme excludes those diagnosed with mental disabilities such as dementia, which according to the Singapore Elderly (Wise) Study, may afflict one in 10 above the age of 60.

A large number of the aging need special care facilities, which the government has been rolling out over the past two decades. Whether this will be sufficient remains to be seen as the Ministry of Health estimates that 131,925 seniors will require assistance by 2030. Although home care is the ministry’s prime objective, the financial stress upon families is untenable, particularly when both the adults of the household are working fulltime. Currently there are only 6,200 day-care places, 10,000 home care places, and 17,000 places available, well short of projected needs.

The CPF, once one of the world’s most-envied retirement schemes, is managed by the Ministry of Manpower. It is a mandatory contributory scheme which provides payouts and annuities after age 65. Withdrawals are permitted during working life for the purchase of residential property, or other payments like medical expenses. Although employee contributions accrue interest, payments made after retirement will most likely fall short of what retirees need to live on.

This year, the pay-out rules for the Retirement Sum Scheme under CPF have been cut back from age 95 to 90 at a time when the Singapore life expectancy rate is increasing.

There are solutions. Singapore is an extremely affluent country, yet there is no universal pension scheme, other than the contributory CPF. However, civil servants enjoy a non-contributory pension scheme, funded by consolidated revenue. The senior community is critical of this, feeling that civil servant pensions are in reality being paid by low- and middle-income earners through their taxes, while they have been left financially, an injustice that has gone unanswered by the government, leaving some in the community bitter.

There is an argument for the creation of a universal pension scheme, with benefits weighted against some form of means test appraisal. This is important to maintaining some form of social sustainability. Such a scheme would enable retirees who are slipping into the marginal fringes of society to share in the nation’s prosperity.

This is a financially viable option. Singapore’s budget surpluses over a number of years has provided the government with a S $20 million surplus.

Some 120,000 Singaporean retirees are living overseas due to the domestic high cost of living – some in in Indonesia, Malaysia, Thailand, Cambodia, Vietnam, and Australia who have withdrawn their savings, CPF, and either sold their apartments, or rent them out for as much as S$2,500 per month to cover monthly expenses.

With vision and the resources of Singapore’s sovereign fund Temasek Holdings, overseas retirement for Singaporeans could become an investment opportunity. Temasek could develop small enclaves of condominiums with amenities in selected locations in neighboring countries and offer retirement packages that provide security and lower cost of living than in Singapore. These types of investments by Temasek could create win-win situations for both the state and retirees.

This government responsibility will particularly be important when the parents of millennial children become retirees. There may not be the same feelings about the need to support parents by the millennial generation, as the generations before them.