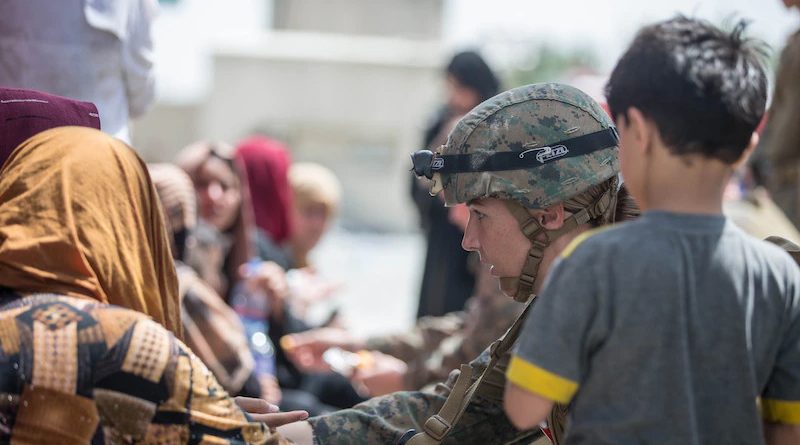 Time is running out for tens of thousands of Afghans trying to flee the Taliban after their takeover of the country.

President Joe Biden stated on Friday that military forces stationed at Kabul airport have a “mission to complete” in evacuating U.S. citizens and Afghans at risk and will stay until the task is “done.” It remains unclear, however, whether completion of the mission refers only to U.S. citizen evacuations or the larger effort. Biden played down the immense hurdles Afghans are facing to reach the airport, referring to ongoing coordination with allies and the Taliban to facilitate the evacuation. August 17, 2021.

The existence of a U.S.-Taliban agreement allowing the military to continue flying evacuations from Kabul obscures the heartbreaking reality: Many people approved for evacuation cannot get to the airport. In some cases, people the U.S. or other sponsor governments have already summoned have been unable to reach airport entry points; in other cases, they have reached the airport but been turned away.

Several military aircraft from NATO countries, including Germany and the Netherlands, have flown out of Kabul in recent days with only a handful of passengers. NATO allies who have operated together over a half-century can and should do better.

Afghans at greatest risk include those who worked, with strong support and encouragement from the U.S. and other governments, to promote democratic values and human rights. They are activists for women’s rights, teachers, journalists, academics and women who took on high-profile roles in government, the police, army, and public life.

The U.S., NATO and other allies should urgently reach a common position on the evacuation of at-risk Afghans. Here are the most important steps for them to take:

First, no flight out of Kabul should have empty seats. Even if countries prioritize evacuating their own citizens before Afghans, if an airplane, whether military, commercial, or chartered flight, has additional passenger capacity, it should be filled. That also means that U.S., NATO and allied governments should immediately consolidate their lists of at-risk Afghans to ensure that any person or family approved for evacuation by any country participating in the evacuation flights can be transferred to another country’s flights if space is available.

Second, these countries should expand their avenues for providing refuge or asylum by simplifying, expanding, and clarifying protocols for providing refugee status, visas, humanitarian parole, or other documentation allowing entry. Lists of at risk Afghans should not be limited to security personnel or interpreters who worked with U.S. and allied personnel, but should also include Afghans whose activities or status, such as members of threatened minority groups, put them at particular risk.

Governments evacuating Afghans should immediately direct funding to governments that are willing to welcome at-risk Afghans, whether temporarily or permanently, under whatever type of entry. It is particularly important for countries neighboring Afghanistan to open their borders. The U.S. should also utilize its military bases within flying range of Kabul, such as facilities in Guam, as processing points for those being provided entry to the U.S. under visas or other temporary measures.

Third, the U.S. should negotiate with the Taliban to ensure safe passage to the airport and then to the gate where planes depart, and to ensure that U.S. and other military forces can remain at Kabul’s airport until the most vulnerable Afghans are safely out of the country, even if this takes several weeks. The U.S. and its allies should agree on protocols sent to Afghans approved for evacuation, so that they know where and when to go and how to get through the right entrances to their flights.

As a general matter, Afghans on any consolidated evacuation list need to be able enter the airport and board a plane even if they do not have passports, using their Afghan national identification or other credible identification documents.

Finally, governments need to recognize that even after this urgent evacuation is completed, thousands more Afghans will flee the country and present themselves at embassies around the world, seeking asylum, visas, or other documents to allow them and their families to resettle. It is crucial to urgently adopt policies to facilitate those resettlements — and expand personnel and funding to make those policies work.

There will be many crises to confront in Afghanistan in the coming months and years. But these are the immediate steps that governments can take, today, to mitigate abuses and protect people at grave risk. The window is closing fast.

*Kenneth Roth is the Executive Director for Human Rights Watch, where this article was published.