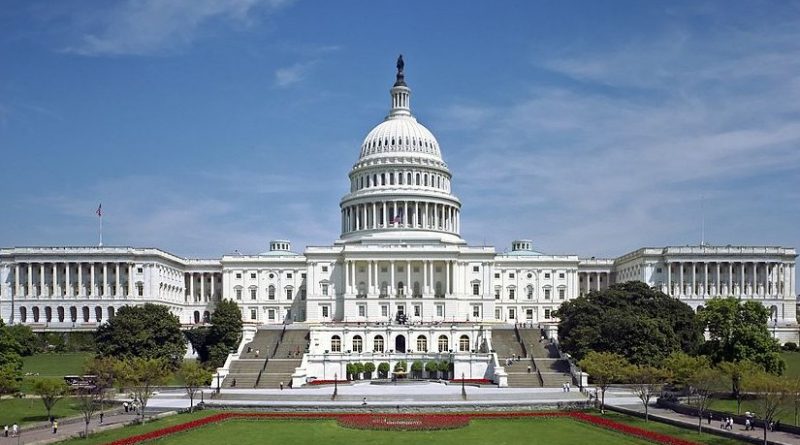 US Congressman J. Randy Forbes has organized and transmitted a bipartisan letter from 29 members of the US House of Representatives to President Obama and Secretary of Defense Ashton Carter urging the U.S. government to verbally and physically challenge China’s purported claims to 12 nautical mile territorial seas around its “artificial formations” in the South China Sea. The letter also implies that China’s actions are threatening “freedom of navigation”.

Forbes is the Chairman of the U.S. House of Representatives Armed Services and Projection Forces Subcommittee and Co-Chairman of the Congressional China Caucus.

Meanwhile in the US Senate, Senators from both parties including John McCain, Chairman of the Senate Armed Services Committee, said the U.S. needs to go within the 12nm territorial sea limit to make it clear that it does not recognize China’s claim that the islands are its territory. McCain said [Not doing so] “is a dangerous mistake that grants de facto recognition of China’s man-made sovereignty claims.”

On the contrary, these calls for what amounts to an effort by the US military to intimidate China are ill-advised and even dangerous.

China occupies at least seven features in the Spratlys: Cuarteron Reef, Fiery Cross Reef, Gaven Reefs, Johnson South Reef, Mischief Reef, Subi Reef and Hughes Reef and has undertaken reclamation and construction on all of these.

First of all it is not clear that China does or will claim maritime zones from submerged features that it has ‘reclaimed’. Second we do know that China claims sovereignty over all the features in the South China Sea, including legal islands like Spratly, Itu Aba and Thitu that are occupied by others and are entitled to a full suite of maritime zones. Of course their sovereignty and boundaries with other coastal state clamaints are disputed and must be negotiated.

Nevertheless, China could argue that the “artificial formations” are within its jurisdiction by virtue of its EEZ and shelf claims from legal islands. This jurisdiction carries with it the exclusive right to construct and to regulate construction, operation and use of artificial structures. Such structures are entitled to reasonable safety zones around them, usually –except under special circumstances- not exceeding 500 meters. China might argue that these safety zones include the airspace above them and thus explain its warnings to foreign military aircraft not to violate this airspace. But if this is not a sufficient legal reason to exercise caution, consider that Fiery Cross Reef and Cuarteron Reef may be legal islands as well, or claimed as such by their occupier, China.

Only Subi, Hughes and Mischief Reefs are (or were) definitely neither islands nor rocks before China’s reclamation activities. Although there is some question about Gaven Reef, the others occupied by China are (or were) clearly at least legal rocks entitled to 12 nm territorial seas.

Penetration of their airspace would be a direct and public challenge to China’s claim of sovereignty. Sending a warship into their territorial sea would violate China’s legal regime requiring prior permission to do so. Also, sailing a warship or flying a warplane into or over a country’s territorial sea to demonstrate the right of free navigation could be construed as a threat to use force—a possible violation of the UN Charter and the Law of the Sea—and at the least not a positive example of peaceful resolution of disputes. It has even been suggested that such provocative penetrations to demonstrate freedom of navigation may not be the continuous and expeditious movement required for ‘innocent passage’.

So if the U.S. government acquiesces to the strident demands of the Congress members and conducts Freedom of Navigation operations in the area, it should be with continuous and expeditious passage or overflight within 12nm of Subi, Hughes or Mischief Reefs. In that case China may well ignore the provocation since it has not publicly claimed territorial seas around these previously submerged features. But to be fair and demonstrate its professed ‘neutrality, the U.S. should also physically challenge other claimants and occupiers of artificial formations constructed on submerged features.

However it does not appear that these lawmakers are concerned with the legal folderol surrounding these issues. They want chest-thumping action and they want it now– regardless of the legal ‘niceties’. To them, the main purpose behind a public American challenge would be to demonstrate Washington’s will to defend ‘freedom of navigation’ and to dissuade China from any further ‘aggressive’ actions and claims in the South China Sea.

Why is this ‘dangerous’?

Doing so may well backfire. What if Beijing thinks the U.S. will not go ‘to the mat’ over this issue and pushes back–hard? Then the U.S. would suddenly be faced with a critical dilemma of its own making – either ‘put up’ and risk escalating a crisis, or ‘shut up’ and stand down – demonstrating weakness, damaging its reputation and generating doubt about its commitment to its friends and allies. Moreover there is always the possibility of an accident or a ‘miscalculation’.

These domestic politicians may underestimate the zeal of China’s nationalist movement and the leadership’s need to accommodate it to maintain its legitimacy. China has publicly positioned its sovereignty and claims in the South China Sea as a matter of national dignity and redemption for its “century of humiliation.” This will make it very difficult for China’s leadership to back down on these issues.

So this US gambit that many are calling for could result in serious international conflict, threatening regional peace. Is it worth the risk of cold or hot conflict? Some Southeast Asian nations might not think so. Fortunately it is clear that the U.S. Defense Department is aware of this potential dilemma and is proceeding cautiously. According to David Shear, US Assistant Secretary of Defense for Asia and Pacific Security Affairs, ”freedom of navigation operations are [only] one tool in a larger tool box that we’re going to need to use”.

If the U.S. government decides to physically challenge China’s claims it will likely not happen until after China President Xi Jinping’s State visit to Washington this week. Perhaps as chief of US Pacific Command Admiral Harry Harris reportedly told Philippine officials, the U.S. is also refraining from action so as not to distract from the Philippines case at the Hague.

This whole canard of conflating freedom of commercial navigation with military intelligence, surveillance and reconnaissance along China’s coast is a product of a U.S. military propaganda campaign. It has been so successful that it has confused its own citizenry and their elected representatives. China has never threatened commercial freedom of navigation and is highly unlikely to do so in peacetime. This is not because of its adherence to some high moral principle. It is because it would not be in its interest to do so. The U.S. government well knows this and yet is seemingly willing to risk conflict by conflating these issues..

But whatever the U.S. government does, it will not placate the bellicose anti-China crowd. They will simply find something else to harp on. It is important to recognize that and for decisions to be driven by longer term and larger goals. It is critical at this juncture that U.S. decision-makers remain calm, cool, collected and courageous.