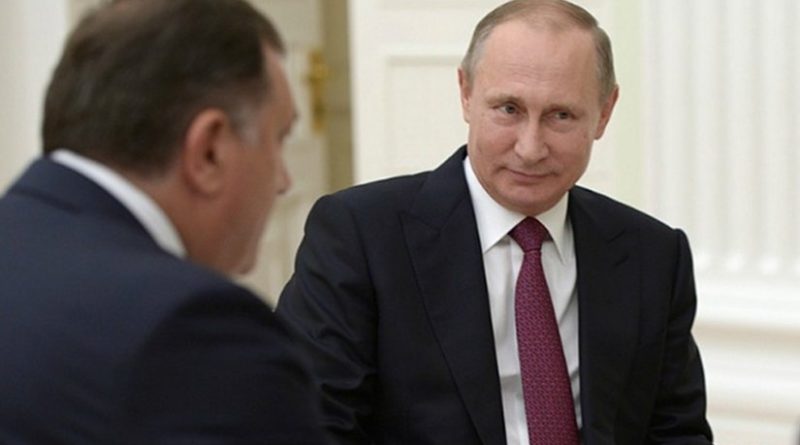 Russian President Vladimir Putin met Milorad Dodik just ahead of the controversial Bosnian Serb referendum, but the substance of their talks could not be judged from terse statements.

Ahead of the meeting in Moscow on Thursday evening, media in the mainly Serbian entity of Bosnia, Republika Srpska, RS, hailed it as clear sign of Russian support for the controversial referendum on the RS’s National Day, which is set for Sunday.

The meeting produced only a brief statement from the Russian President. His office said the two leaders had “discussed the situation in the Balkans and various issues of bilateral cooperation. Views were exchanged on topical issues of the international agenda.”

Dodik was more vocal after the meeting. “President Putin expressed his support for the stabilization of the region, support for the [1995] Dayton Peace Agreement, wished for progress both for the RS and Bosnia and Herzegovina and, in this regard, expressed confidence that the Russian Federation with its positive attitude would contribute to stabilization and an overall good state of affairs”, Dodik reported to RS state radio and TV, RTRS.

Dodik said that during the meeting both leaders had expressed satisfaction with the economic cooperation between Russia and RS, and added that Russian investors remain interested in the RS.

“This was an opportunity to inform the President … about how the situation in Bosnia has been developing, and to express my opinion about it, particularly pointing to the fact that even after 20 years the High Representative is still present in Bosnia,” he said, adding that foreign nationals are present in other state institutions, such as the Constitutional Court.

“As for the referendum, there have not been any specific conversations, except for the conclusion that the people have the right to the referendum,” Dodik added.