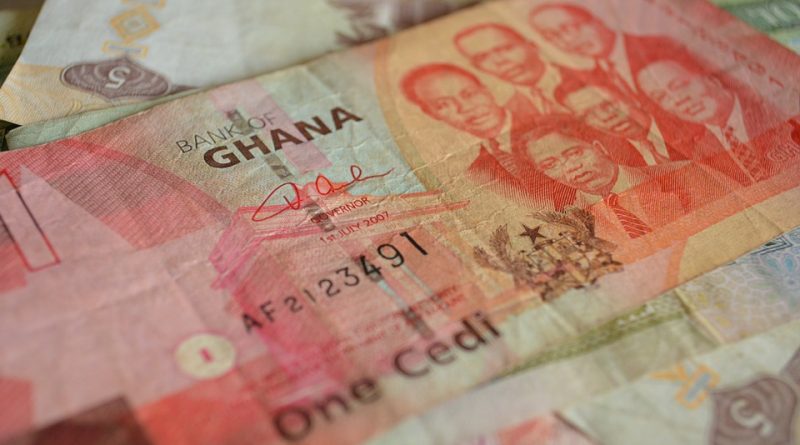 The Pentecostal church is one of the fastest-growing segments of Christianity, including in sub-Saharan Africa. The church makes a strong and explicit link between ‘giving to God’ and future wellbeing; donations can be seen as a form of insurance for the future. This column tests how formal market-based insurance affects the demand for informal church-based insurance in Accra, Ghana. People enrolled in a formal insurance policy give less money to their church and to other charitable organisations.

Do religious believers give money to their churches in the hope of receiving insurance against economic shocks? If so, is this because they expect the church to look after them when shocks occur? Or do they expect God to look after them by making such shocks less likely to happen? In a recent paper (Auriol et al. 2020), we examine how formal market-based insurance affects the demand for informal church-based insurance in Accra, Ghana. Specifically, we test whether people who are enrolled in a formal funeral insurance policy give more or less money to their church and to other charitable organisations.

In examining religious organisations as insurers, our work follows a series of papers which focus on how financial shocks in Indonesia (Chen 2010), rainfall risk in 19th-century USA (Ager and Ciccone 2016), and earthquakes across world districts (Sinding Bentzen 2019) impact religiosity. Each study is compatible with several possible causal mechanisms which our experiment is designed to elucidate – including the possibility that religion provides comfort in distress, that religious members believe in a higher power that intervenes on their behalf to prevent shocks, or that they receive financial help from other religious members in times of need. The experimental approach allows us to test directly for the mechanism at hand and therefore acts as a complement to previous research done with observational data on the link between religious participation and insurance against risk.

Pentecostal churches in sub-Saharan Africa and the role of giving

Participants in our experiment were recruited from different branches of a well-established Pentecostal denomination. Pentecostalism represents one of the fastest-growing segments of global Christianity; some commentators have referred to the Pentecostal explosion as a ‘new Reformation’ (Thelen 2017, Jenkins 2011). Sub-Saharan Africa has been an important centre of this change. Estimates from 2015 suggest that almost 40% of the continent’s Christians identify as Pentecostal or Charismatic (Johnson and Zurlo 2007).1 This reflects the wider shift in the Pentecostal revival from the Global North to the Global South.

One important feature of Pentecostalism is the forthright relationship between giving to God and material well-being. Pentecostal preachers across Africa speak of ‘a God who does not want His people to be poor or to suffer‘. This mandate is often described as a variant of the ‘Prosperity Gospel’, the set of teachings that say that ‘Christianity has to do with success, wealth, and status’ (Gifford 2004).

And in contrast to other Christian groups where rewards are generally given out in the afterlife, the expected timeframe of benefits is short. Pastors emphasise how behaving in a manner that unlocks God’s blessing helps to avoid the risks that get in the way of achieving these successes. Their preaching makes a particularly strong and explicit link between giving to God and insurance. Unlocking God’s blessings is invariably achieved by ‘doing something special that will move God and cause him to bless you more than you intended’ – for instance by giving money, preferably to the church (Ukah 2005).

Pentecostal adherents support their church financially in many ways. On top of tithing, Pentecostal adherents are expected to give non-anonymously for specific purposes, such as pledges, and to make spontaneous offerings, which include seed offerings – the practice of giving money in anticipation of a future material benefit – or thanksgiving offerings in gratitude for already materialised benefits.

Giving to the church may interact with the use of the church as an insurer in different ways. First, individuals may give to the church with the expectation that, as an institution, it would disburse funds in times of need. Second, individuals may use their public giving to send a signal that they are good community members to other church members. They then expect other church members to help them in times of need. These two types of community-based insurance can be considered ‘material’ insurance.

In addition to its role as a social network, the church is also believed by its members to be a setting for encounters with the divine. The church may facilitate access to an interventionist god who can prevent negative shocks and favour positive ones. Church members may make donations to the church with the expectation that they would then be protected from negative shocks. We call this a ‘spiritual’ insurance mechanism.

To investigate which of the motives play a role in giving behaviour in our context, we conducted a lab-in-the-field experiment in Accra, Ghana. We randomly gave some church members the opportunity to be enrolled for free in a standard funeral insurance policy. The policy covered the participant and one of their family members for one year. The policy would pay out 1,000 Ghanaian cedi (GHS) ($265 in 2015) to the family if a death occurred within the year.

This allowed us to have two comparable groups of church members: one group that was enrolled in insurance, and another group that received information about insurance but was not enrolled. Since we randomised the offer of enrolment, the two groups are similar on average along other dimensions such as age, income, or religious beliefs.

After the insurance enrolment, we observed giving behaviour in a controlled environment. In addition to a show-up fee of GHS 20, which was paid in cash to all the participants, church members were asked to make donation decisions about an additional amount of GHS 19.2 In one round they had to split the money between themselves and donating to their own church branch. On average, participants decided to donate 49% of the endowment. Comparing the two different groups, we find that those enrolled in insurance gave around 6% less to their church, a difference that is statistically significant (Figure 1).

Figure 1 Proportion of the endowment donated: Those who were enrolled in insurance vs those who only received insurance information

The effect could be driven by informal community-based material insurance. It is also consistent with the spiritual insurance mechanisms, based on a broader set of beliefs in a god who observes and rewards giving.

To disentangle these two mechanisms, we also asked participants to make donations decisions for two other recipients: the national thanksgiving offering and a charity that worked with street children. These recipients are not related to the participant’s church but donations to them would be considered charitable actions and thus are associated with the teaching on ‘giving to God’.

We find that church members enrolled in formal insurance also give significantly less to the two other charitable recipients. The decrease in giving is similar for all three recipients (Figure 1). Church members change donations to the church as well as to the non-church recipients in a manner that is consistent with a demand for divine protection and the spiritual insurance mechanisms.

Our finding that the demand for spiritual insurance is an economically important reaction to risk of those who are not formally insured suggests that the previous literature on the interplay between religion and insurance may overstate the role of religious institutions as a provider of community-based financial insurance and understate the importance of a spiritual or psychological response to risk. These findings are in line with a recent strand of literature showing that beliefs in divine intervention in the daily lives of individuals can be an important determinant of real and costly social decisions (Hadnes and Schumacher 2012, Gershman 2016, Nunn and de la Sierra 2017).

However, 23% of church members who participated in our experiment indicated that they have already received financial help from their church at some point and 22% would ask the church community for financial help if they were in need. This suggests that material insurance from the church community is also important and we hypothesise that these two insurance channels co-exist.

Our experiment contributes to the micro-insurance literature by studying in a controlled environment how religious participation may affect demand for formal insurance. In recent years, micro-insurance policies have been proposed and tested as poverty alleviation tools with limited success (Cole et al. 2013, Giesbert et al. 2011, Giesbert and Steiner 2015, Karlan et al. 2014). Consistently across studies, take-up has been lower than expected and this has been attributed to a variety of factors including liquidity constraints (Cole et al. 2013), limited attention (Zwane et al. 2011), trust in the insurance mechanism (Karlan et al. 2014), and the existence of informal insurance substitutes (Mobarak and Rosenzweig 2013).

Our results suggest that religious institutions, which are an important instance of informal networks in developing countries, already provide global spiritual insurance to their members (although we do not claim that this is the only or main motive for church participation). Churches are also an important source of direct financial assistance to their members, reducing further the need for formal insurance.

Ager, P, and A Ciccone (2016), “Agricultural risk and the spread of religious communities”, working paper.

Gershman, B (2016), “Witchcraft beliefs and the erosion of social capital: Evidence from sub-Saharan Africa and beyond”, Journal of Development Economics 120: 182–208.

Giesbert, L, and S Steiner (2015), “Client perceptions of the value of microinsurance: Evidence from southern Ghana”, Journal of International Development 27(1): 15–35.

Giesbert, L, S Steiner and M Bendig (2011), “Participation in micro life insurance and the use of other financial services in Ghana”, Journal of Risk and Insurance 78(1): 7–35.

Hadnes, M, and H Schumacher (2012), “The gods are watching: An experimental study of religion and traditional belief in Burkina Faso”, Journal for the Scientific Study of Religion 51(4): 689–704.

Thelen, M D (2017), “The explosive growth of Pentecostal-Charismatic Christianity in the global south, and its implications for catholic evangelization”, Homiletic and Pastoral Review, online article.

Ukah, A F (2005), “Those who trade with god never lose: The economics of Pentecostal activism in Nigeria”, in T Falola and J D Y Peel (eds.), Christianity and Social Change in Africa: Essays in Honor of JDY Peel, Durham: Carolina Academic Press.