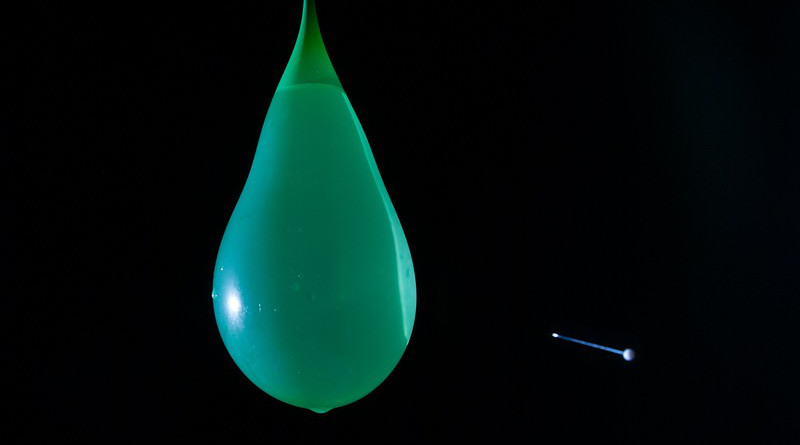 As we move deeper and deeper into this covid crisis, more and more people understand that there’s a lot more to fear besides the disease itself. As the economic impact and the full scale of the damage caused by the lockdowns and the shutdowns become undeniable, there are too many questions lacking any sort of convincing answer and the future for so many employees, business owners, investors and ordinary savers seems bleak and uncertain. The one thing that is obvious to all of us by now, is that this crisis is not the like the ones that came before it. The same is true of the government and central bank responses to it and their unprecedented stimulus measures.

It thus inevitable, for seasoned investors and for ordinary citizens alike, to become overwhelmed by this climate of uncertainty, fear, and self-contradictory messages from supposed “leaders” and “experts”. To add to the confusion, the signals directly from the markets seem to be painting a picture that is increasingly surreal: in the midst of the worst economic crisis in modern history, US equities are breaking new record highs.

To shed some light on these current challenges and to get his perspective on how one might deal with them, I turned to Robert Mark. Robert is an old and dear friend and he is the kind of man that focuses his energy on adding value in what he can directly impact, in safeguarding other peoples’ assets, and he refuses to participate in today’s media circus. It is therefore a great pleasure that he graciously accepted my request for, as he put it, his “first and only interview” so far. His extensive experience and particular insights really help separate the signal from the noise and allow us to look at the current situation much more clearly, through the lens of value investing.

Based in Dallas, Texas, Robert Mark’s firm manages an equity strategy for institutional clients based on the timeless principles of patience and fundamental analysis.

Claudio Grass (CG): The covid crisis and the scale of the economic damage caused by the lockdowns globally are unlike anything we’ve seen before. However, it can be argued that a recession was inevitable, with or without covid, as we were already seeing serious cracks in many major economies before the virus ever emerged. Do you agree with that view? Did you already see red flags before the start of the year?

Robert Mark (RM): I agree with that viewpoint. The U.S. economy felt like a balloon in search of a needle. We never addressed the root causes of the 2008 financial credit crisis—easy access to cheap capital increased the probability of capital misallocations. We solved a debt problem by creating more debt. A quote from Jeremy Grantham of GMO comes to mind. When asked in an interview what lessons were learned from the 2008 financial crisis, Grantham stated: “In the short term a lot, in the medium term a little, in the long term, nothing at all.” Monetary and fiscal authorities treat the symptoms, just not the underlying illness.

CG: The monetary and fiscal interventions that we’ve seen so far are as extreme and unprecedented as the shutdown policies themselves. Do you think they’ll be enough to keep the economy afloat though, or is a deep and long recession simply inevitable?

RM: As I survey the current disconnect between asset markets and the underlying economy, I simply conclude that the older I am, the less that I know. I never expected this level of intervention and yet here we are now. At this point, I simply cannot quantify the level of malinvestment that permeates our economy – I see it everywhere that I look. A recession should be a normal occurrence. When the business cycle contracts, there is a general decline in economic activity. A recession cleans out the excesses created during the last economic cycle. At some point along the way, ‘recession’ became a bad word. Now, when a recession begins to unfold, the monetary and fiscal authorities immediately employ all means necessary to stop the recession before it cleans out the prior economic cycle’s poor capital allocation.

CG: Considering the extent of the economic damage of the covid crisis and the scale of the monetary and fiscal responses, it would seem there are two massive and opposing forces at work. Where do you stand on the “inflation vs deflation” debate, and what do you think is the likeliest outcome?

RM: Everyone struggles with this question. On a personal basis, as a consumer with no debt, I have no problem with lower prices. However, if I borrowed a tremendous amount of money, I would be terrified if I had to repay that debt with depreciating dollars. From a broader perspective, I follow the Austrian School, which defines inflation as an increase in the quantity of money and credit. Therefore, one would conclude that there is inflation.

By contrast, governments prefer to define inflation as rising prices—just not rising asset prices. Government statistics and jargon confuses the effect for the cause. Some argue rather convincingly that the burden of the current and growing level of debt is deflationary because it weighs on the economy. The economy’s easy access to capital creates too much capacity which results in a lack of pricing power—the U.S. shale energy industry comes to mind. In short, I see both sides of the argument, but I am not smart enough to argue convincingly for one side or the other. However, I suspect that at some point, wage and price inflation are inevitable.

CG: We’ve seen an incredible shift in central bank policies over the last decade, starting with the massive balance sheet expansion after the last recession. Today, we see “unlimited QE” and new, very aggressive interventions being part of the “new normal”, fueling an artificial rally in stocks that seems increasingly divorced from reality. Do you think this “decoupling” between the real economic and the market can be sustained or is another, much more severe correction on the way?

RM: Peter Lynch, former fund manager of the Fidelity Magellan Fund, once said that “I spend about fifteen minutes a year on economic analysis. The way you lose money in the stock market is to start off with an economic picture.” I have no material insight that I can share that one could not readily deduce from casual observation. In fact, I find that one can easily experience ‘paralysis by analysis’ when investing top-down from a macroeconomic viewpoint. Anyone with a detached perspective of the U.S. stock market will instinctively note that ‘trees do not grow to the sky.’ But when one surveys the current fiscal, monetary and market distortions, one realizes that these distortions can persist far longer than one ever expected. In any market, at its basic level, there are buyers and sellers. The interaction by individuals in the market determines prices. Unfortunately, central banks distort market behavior. I would recommend reading Sahil Bloom’s simple analogy he posted on Twitter that wonderfully summarizes the central bank’s actions on market behavior.

CG: Over the last few months, we started to see a significant increase in bankruptcies in the U.S. Do you think this is just a result of the covid crisis flushing out a few problematic companies or is it just the tip of the iceberg, and we should expect to see a lot more filings going forward?

RM: I think that the issue is really the struggle between liquidity versus insolvency. Many companies are in danger of insolvency, but liquidity in the financial system keeps them alive—a distressed company can continue to restructure or rollover their existing debt.

Think about the issue of forest fires in the United States, particularly in the western half of the country. Prescribed burns are based on the idea that forests historically burned on a frequent basis. They burned when lightning struck, when campfires jumped, or when Indian tribes wanted to drive game or clear land. The fires cleaned up the forest floor, so when new fires started, they burned cooler, smaller and caused less damage.

About a century ago, the U.S. government created the Forest Service. The Forest Service once operated under a policy of immediately extinguishing fires whenever possible. In time, these actions created their own problem—too many dead trees led to bigger and more dangerous fires, which made the Forest Service even more determined to suppress fires. After about a century of fire suppression, researchers realized that fire played a role in maintaining healthy forests. At some point, central banks and politicians might also understand that recessions perform an important function for healthy economies.