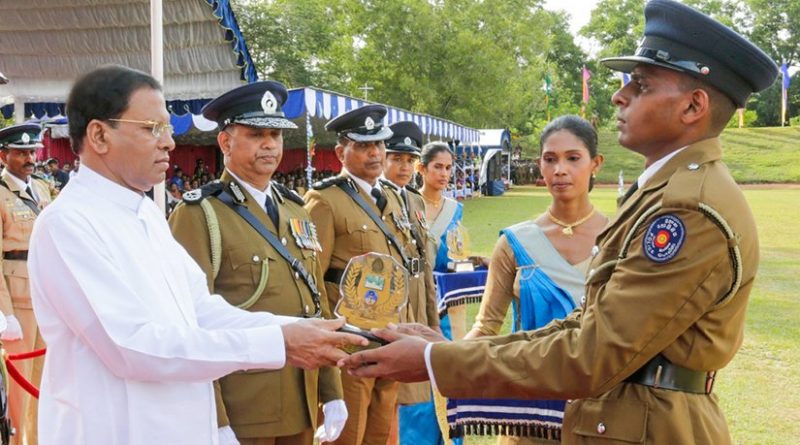 Sirisena added that the police has a vast responsibility in the process of building a better society to protect law and order in this country. “I trust the Police Department will be committed to fulfill that responsibility”, he said.

Sirisena made these remarks at a passing out ceremony of 406 Police Officers, held at Sri Lanka Police College in Kalutara Friday.

Sirisena expressed his gratitude to the commitment displayed by the Police Department during the time of war. He also thanked for the contribution of the police in implementing of state policies for good governance, by protecting law and order in the country at present too.

President Sirisena presented awards to those who demonstrated excellent skills.