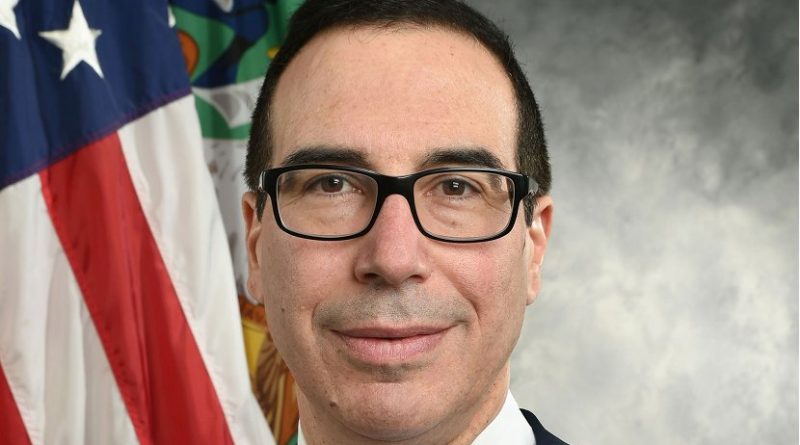 US Treasury Secretary Steven T. Mnuchin will embark on a four-nation trip to the Middle East including Saudi Arabia on Wednesday with plans to discuss combatting terror financing on top of his agenda.

During his stay in Riyadh, Mnuchin will hold talks with top Saudi officials, including Finance Minister Mohammed Al-Jadaan, on a range of bilateral, regional and international issues.

According to the itinerary of the US treasury secretary released on Sunday by the US Embassy in Riyadh: “Mnuchin will commemorate the Terrorist Financing Targeting Center, and deliver the keynote address at the Future Investment Initiative (FII) Summit on Wednesday.” The US secretary will meet top officials of the Kingdom, the UAE, Qatar and Israel during this trip.

“This White House support mission is a follow-up to President Donald J. Trump’s first foreign trip in May, when he visited the region to announce the Terrorist Financing Targeting Center (TFTC) memorandum of understanding,” said the embassy statement.

Mnuchin, accompanied by Undersecretary for Terrorism and Financial Intelligence Sigal Mandelker, will lead the delegation that includes senior Treasury staff to discuss the TFTC partnership, and other initiatives to combat illicit finance.

“While in Saudi Arabia, Mnuchin will commemorate the opening of the TFTC, and meet with his official government counterparts,” said the statement. “The secretary will then proceed to Israel to meet with Prime Minister Benjamin Netanyahu to discuss terrorist financing and other national security issues. After Israel, Mnuchin will then hold meetings on terrorist financing with his counterparts in the UAE and Qatar.”