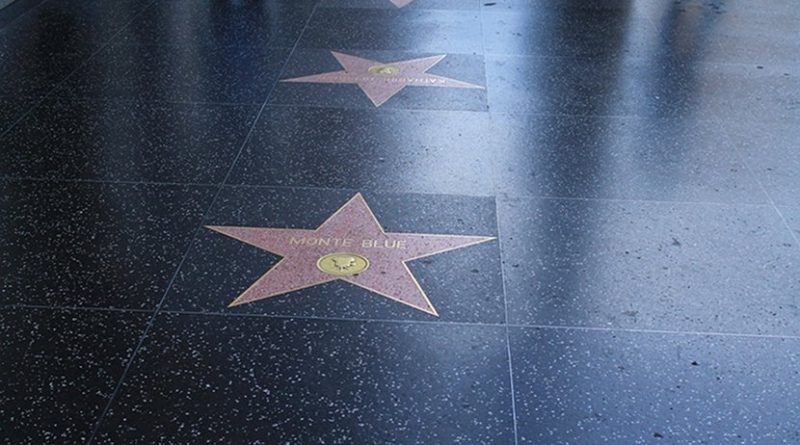 First-time visitors to America often remark that arriving feels like stepping onto one almighty film set. The country’s iconography, look and feel is so instantly recognizable — already deeply embedded in our collective consciousness, via the land’s greatest cultural export: The movies. Which makes a visit to Los Angeles surreality squared. The home of Hollywood is at once both the most-photographed fantasyland on the planet and an uncomfortable glimpse behind the curtain, at the mechanisms and people bringing these daydreams to the world.

The mask slipped the moment I arrived, when an airport minibus spurted me out on top of a lump of faded metal etched into a grubby sidewalk, and I realized I was standing atop one of 2,627 stars making up the Hollywood Walk of Fame.

That night I was served pizza by an aspiring opera singer, and I chatted with jobbing actresses in the coffee queue the next morning. When I brazenly strolled into a famed Sunset Boulevard rehearsal studio, rather than finding gold records on the walls I was asked, “La La Land”-style, if I was there to audition for the prestigious Berklee College of Music. I didn’t even have to look for the oily engine room beneath the star machine.

And of course, I was expecting to. Disavowing jetlag, I had booked an early slot on an arduous $139 “LA in a Day” guided two-wheel tour, from the excellent Bikes and Hikes LA — a 52km-workout through numerous neighborhoods and landmarks I knew only from the movies: from West Hollywood through Westwood to Santa Monica Promenade, down to Venice Beach and through Marina Del Rey. Peddling furiously up the titular inclines of Beverly Hills, our endlessly enthusiastic guide (and, naturally, aspiring film director) Zack pointed out gleaming once-residences of Michael Jackson, Tom Cruise and Lucille Ball.

To recover, that evening I feasted at Barney’s Beanery, the diner where Quentin Tarantino reportedly wrote much of his seminal early movies. When we asked which table he sat at, our waitress was as unimpressed as any of QT’s characters.

The next day I rested my legs, riding Starline Tours’ two-hour Movie Locations bus tour ($55), winding around a giddyingly geeky list of sights which, if you squint at them in the right light, remind you of the movies.

We glimpsed the US Bank Tower aliens obliterated in “Independence Day,” stopped at the historic Bradbury Building — its restored interior heavily exploited in the original “Blade Runner” — and visited Union Station, familiar from “The Dark Knight Rises” to “Catch Me if You Can.” We found the pond Jack Nicholson rowed through in “Chinatown” and the Hollywood United Methodist Church used as a dancehall in “Back to the Future.” Towering above was Griffith Observatory, the locale of the famous showdown in “Rebel Without a Cause.”

Spotting all these real-life sites had the jolting effect of demystifying the movies, but nothing could prepare me for my visit to the modern Warner Bros Studio, Hollywood’s biggest surviving back lot, stretching to 110 acres out of town in Burbank.

For $65 visitors can join the 1,400 people who call this giant playground their office on an official studio tour and ride a golf cart through the fake streets and makeshift neighborhoods across multiple centuries and worlds that have been brought to life in hundreds of movies.

We visited a studio where dozens of weekly sitcoms are shot in front of a live audience with factory-like precision. (Shows such as “The Big Bang Theory” can wrap in just two hours.) We saw the dull soundstages used by make-believe epics including “Inception” and “Dunkirk,” and were shown a warehouse storing real-life Batmobiles, used over three decades of “Batman” movies.

Any semblance of mystery was totally annihilated with the closing blockbuster ‘Stage 48: Script to Screen’ complex, a collection of interactive educational exhibits allowing visitors the chance to ride a Harry Potter broom in front of a green screen, hold a real Oscar, and hear the award-winning audio to “Gravity” broken down layer by layer — and even act out a scene on the original Central Perk coffeehouse set of “Friends”. As I mimed firing up a fake espresso machine at the edge of the frame and served another tourist an unbreakable plastic mug, I realized my journey inside the Hollywood machine had gone far enough. Sometimes, illusion beats reality.