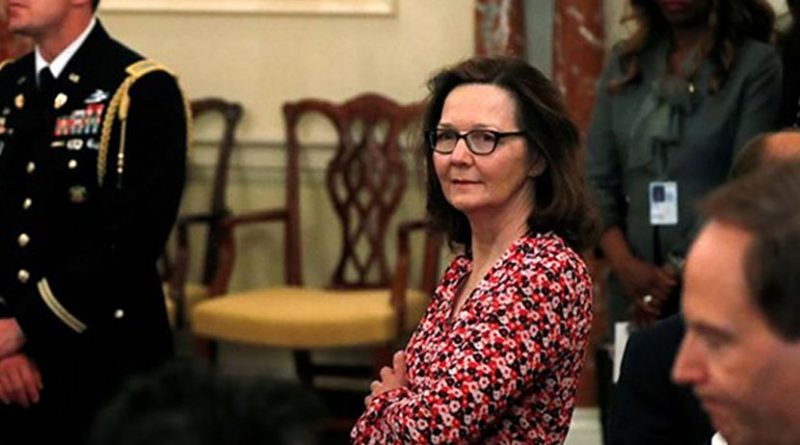 Sources told news outlets that Haspel departed Monday for Turkey to work on the investigation into Khashoggi’s death.

U.S. President Donald Trump said Monday that he has “top intelligence people in Turkey,” but did not give further details. Trump said he is still not satisfied with the explanation he has heard about Khashoggi’s death, but said “we’re going to get to the bottom of it.”

The president said he had spoken with Saudi Crown Prince Mohammed bin Salman — Saudi Arabia’s de facto ruler — since Khashoggi’s death. He said he will know more about the death once U.S. teams investigating the killing return to Washington from Saudi Arabia and Turkey.

Mnuchin canceled his plans to attend a three-day investment conference hosted by Saudi Arabia beginning Tuesday, but said he would meet the Saudi crown prince to discuss counterterrorism efforts.

New surveillance video released Monday from Istanbul appears to show a Saudi agent wearing Khashoggi’s clothing and leaving Riyadh’s consulate on Oct. 2, an apparent attempt to cover up his killing by showing he had left the diplomatic outpost alive.

The video was taken by Turkish law enforcement and shown Monday on CNN, suggesting Saudi agents used a body double in an effort to conceal the killing.

The video surfaced as Saudi officials offered yet another explanation for the death of the 59-year-old Saudi journalist who had been living in the U.S. in self-imposed exile while he wrote columns for The Washington Post that were critical of the Saudi crown prince and Riyadh’s involvement in the conflict in Yemen.

In Washington, White House adviser Jared Kushner, President Trump’s son-in-law, told CNN the U.S. is still in a “fact-finding” phase in trying to determine exactly what happened to Khashoggi.

“We’re getting facts in from multiple places,” Kushner said. He said that Trump and Secretary of State Mike Pompeo will then decide how to respond to Saudi Arabia, a long-time American ally.

Turkish President Recep Tayyip Erdogan is vowing to reveal details about the case in a Tuesday speech to his parliament.