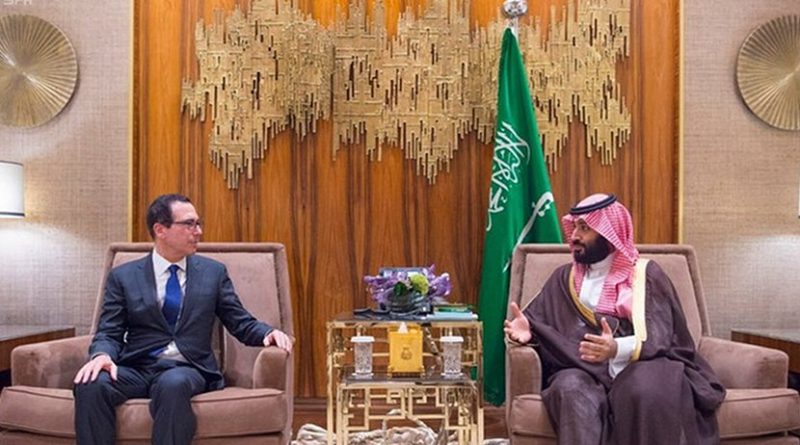 The Saudi Crown Prince stressed the importance of Saudi-US strategic partnership and the future role of this partnership in accordance with the vision of the Kingdom 2030, according to Arab News.

Tony Sayegh, spokesman for the US Treasury stressed in a tweet on Monday that while Mnuchin cancelled his speaking engagement at the Saudi investment conference, the US secretary is in Saudi Arabia as part of six-country Middle East trip, and visiting the Terrorist Financing Targeting Center and having meetings in preparation for Iran sanctions.